Google to shut down Google+

Google just announced that it will sunset the company's social networking service Google+ for consumers in the coming 10 month period.

Google+ was Google's last attempt at creating a Facebook competitor that would put Google on equal footing with the social networking giant in regards to user data and number of users.

Google+ received mixed reviews and ratings when Google launched it in 2011 after it retired Google Buzz, another attempt at gaining traction in the social networking world.

The launch of Google+ felt forced, especially since Google rewarded webmasters who integrated the service into their sites and switched the comment system and inbox system on YouTube and other sites to Google+.

Basically, what Google did back then was to push Google+ accounts by restricting functionality on popular sites that was not restricted prior to that. 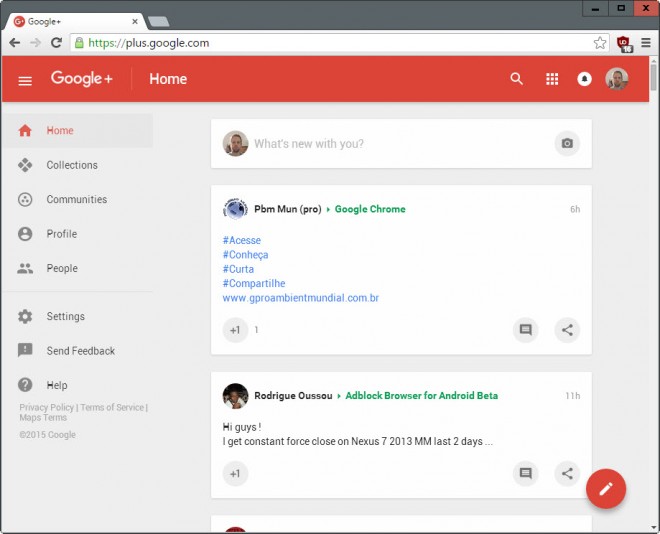 Google started an internal project called Strobe in the beginning of 2018 that looked at "third-party developer access to Google account and Android device data" and "privacy controls, platforms where users were not engaging" with APIs due to privacy concerns and other areas where Google policies "should be tightened".

One of the findings of the project team was that Google+ "has not achieved broad consumer or developer adoption" and that it "has seen limited user interaction with apps". Google found out that the service had low user interaction as 90% of sessions ended in less than 5 seconds.

Google's project team analyzed the available APIs provided to developers and found out that these were "challenging to develop and maintain". A bug was found in addition to that all that allowed access to profile files that Google+ users shared with contacts that were not public.

Limited to static optional profile fields such as email address, occupation, or gender, Google found "no evidence that any Profile data was misused".

The company plans to retire the consumer version of Google+ over the course of a 10-month period. The consumer part of the service will be retired at the end of April 2019.

Google plans to make announcements in the coming months that provide consumers with additional information such as options to migrate data or download it, the latter likely through Google's Takeout service.

The change affects only the consumer version of Google+. Google plans to turn Google+ into an Enterprise-focused product.

Our review showed that Google+ is better suited as an enterprise product where co-workers can engage in internal discussions on a secure corporate social network.

If you break down Google's announcement to the core you will realize that Google decided to shut down Google Plus because of low user interaction with the service and the prospect of investing lots of resources into the service to make it more attractive to users.

So, instead of sticking with the product, Google decided to shut it down for consumers and turn it into an Enterprise-exclusive product instead.

I don't use social media that much and used Google+ only to publish links to new articles. The service has a massive spam problem that Google apparently could not eliminate.

Now You: What is your take on the shutting down of Google Plus? Will Google make another attempt at conquering the social media vertical? Martin Brinkmann is a journalist from Germany who founded Ghacks Technology News Back in 2005. He is passionate about all things tech and knows the Internet and computers like the back of his hand. You can follow Martin on Facebook or Twitter
View all posts by Martin Brinkmann →
Previous Post: « Google may track your location even if you disable Location tracking
Next Post: Google promises tighter and better privacy controls »