Microsoft expects to make a lot of money in 2020 - gHacks Tech News
ghacks.net

Microsoft expects to make a lot of money in 2020

January 14, 2020 is a special day for Microsoft and millions of computer users and organizations around the world. It is the day that Microsoft's Windows 7 operating system will receive the last batch of security updates as it reaches end of support on that day.

The end of support date affects millions of users who run Windows 7 and also 184 million devices run by commercial entities around the world (excluding China).

While some organizations may purchase extensions to get continued support for devices, most need to either migrate existing systems to another operating system or acquire new machines with a new operating system instead.

Microsoft wants company partners like Dell or HP to focus much of their effort in this regard on the Device as a Service model that is more lucrative than one-off sells with support agreements. 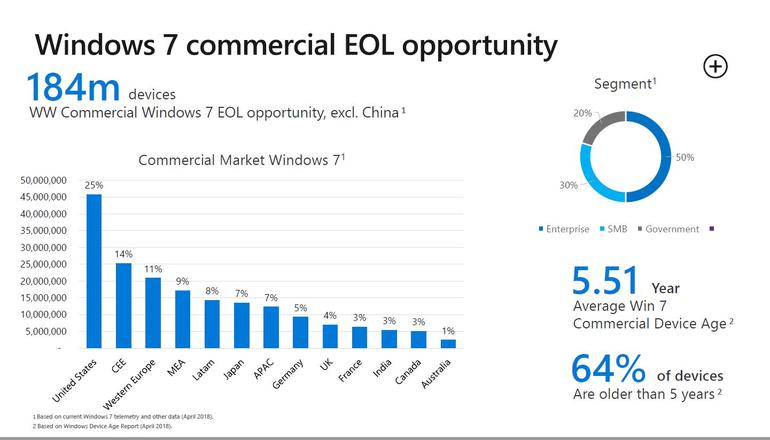 The company noted that 64% of devices with Windows 7 licenses are older than 5 years, and that the average Windows 7 commercial device age is 5.51 years.

Segmented into groups, 50% of devices are run by Enterprise customers, 30% by Small Businesses, and 20% by Government agencies.

Mary Jo Foley who reported on the event first notes that an operating system's end of support provided Microsoft partners with opportunities to "sell customers on migration, provisioning and other services".

Microsoft expects that about 30% of all Windows PCs that company's migrate to will feature Device as a Service (DaaS) plans. Device as a Service is not a new concept; basically, what it entails is that Microsoft partners such as Dell or HP lease PC hardware to organizations on a subscription basis and often include other service agreements, e.g. for support, next to that.

Microsoft 365, Office 365, and other subscription-based products from Microsoft may be included in these deals as well. 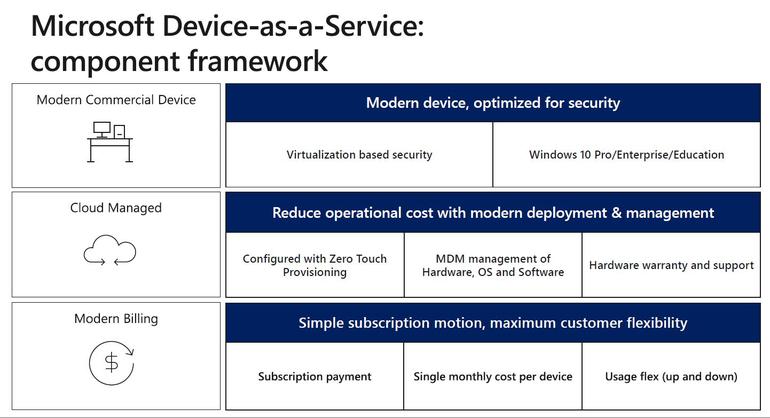 Microsoft partners could earn a "gross profit" of more than $100 "per seat per year by selling the Microsoft 365 stack via a DaaS approach".

Devices would run a Windows 10 edition, include cloud management options out of the box, and use virtualization based security.

January 2020 will be an interesting month; the end of support for Windows 7 and Windows Server 2018 / 2018 R2 affects more than 180 million devices that businesses and organization run, and also an even greater number of home users.

Microsoft hopes that home users and businesses alike will run Windows 10 or Windows Server 2019 after that day either on existing machines or new hardware.

Now You: are you affected by this? What is your plan?

Article Name
Microsoft expects to make a lot of money in 2020
Description
January 14, 2020 is a special day for Microsoft and millions of computer users and organizations around the world.
Author
Martin Brinkmann
Publisher
Ghacks Technology News
Logo

Martin Brinkmann is a journalist from Germany who founded Ghacks Technology News Back in 2005. He is passionate about all things tech and knows the Internet and computers like the back of his hand. You can follow Martin on Facebook or Twitter
View all posts by Martin Brinkmann →
Previous Post: « Microsoft retires Skype Classic on September 1 2018
Next Post: Microsoft releases August 2018 non-security Office updates »