When Mozilla released Firefox 57 back in November 2017, support for the new WebExtensions system for browser extensions was limited.

Lack of support for certain APIs was a big problem as it meant that some extension developers could not port their extensions to the new extension system at all, had to omit features to do so, or wait for APIs to become available to produce a port.

New WebExtension APIs were introduced in newer versions of Firefox and others were improved to include new or missing functionality.

While it is fair to say that the WebExtensions system willl never support the same capabilities that Firefox's classic add-on system supported, it is clear that Mozilla is making progress and that the new extension system has become more powerful since the release of Firefox 57. 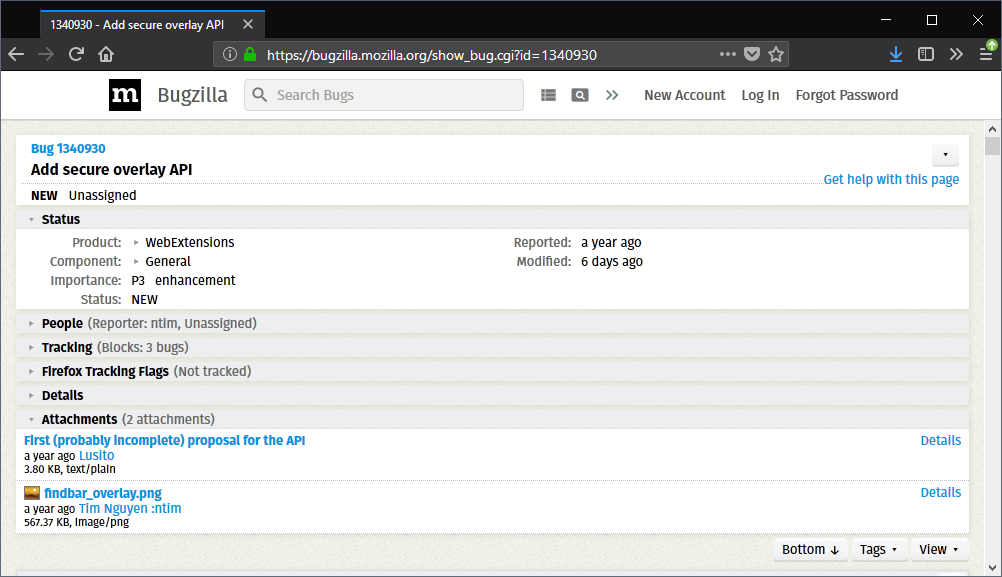 Mozilla revealed a list of WebExtension APIs that it plans to include in coming versions of the Firefox browser.

Starting with the release of Firefox 62, the following WebExtension APIs will be introduced in Firefox:

There is also discussion going on about introducing a color filter API. Mozilla did not reveal any other information about the upcoming APIs but the API names hint at what those could provide.

Note that the following is my best guess based on the name and some information provided by Bugzilla and Mozilla Wiki pages.

Some APIs add much requested functionality; session management is probably the number one here as extensions cannot control the functionality directly in Firefox currently. Extensions like Session Boss help themselves by using their own load and save functions.

The new APIs do extend the capabilities of Firefox's extensions system further, and that is a good thing. I'm looking forward to userScripts, session management, toolbars and overlays, as they will improve functionality signifcantly (not sure about toolbars yet).

Now You: What is your take on the additions?