Mozilla plans to release Firefox 61.0 to the Stable channel today. Since all Firefox releases are in sync, today is also the release data for Firefox 60.1 ESR, Firefox 52.9 ESR, and Firefox 62 Beta and Firefox 63 Nightly.

Firefox 61.0 introduces new features and improvements. Firefox users who use tab management extensions benefit from the new ability to hide the main tab bar in the version of the browser.

The new version makes it easier to add search providers to Firefox, and it includes quite a range of under the hood improvements next to that. 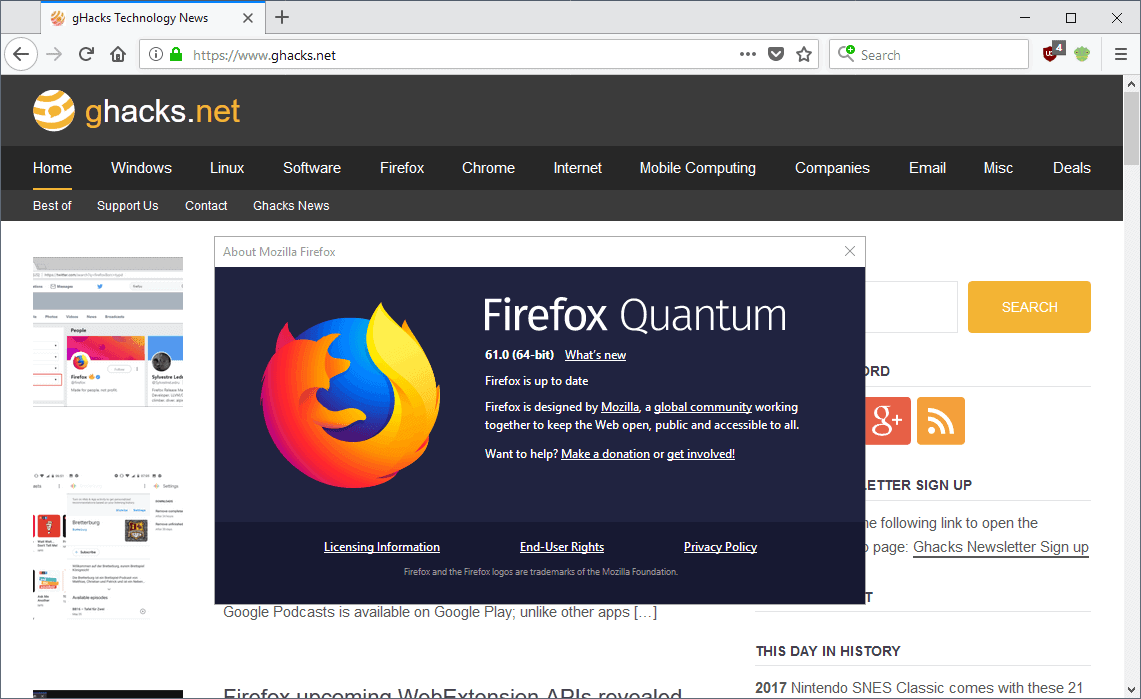 Firefox 61.0 will be distributed through the web browser's automatic update system later today. Firefox users can run manual checks for updates to download the new version as soon as it gets released.

Select Menu > Help > About Firefox to display the current version of the browser and run a check for updates.

If you prefer to download Firefox manually, use the following links that point to Mozilla to do so.

Mozilla hides the search bar of the browser for new installations by default and added so-called one-off search options to the address bar.

The search bar indicates if a compatible search function is found on any website you visit and provides you with the means to add the search engine to Firefox.

The Page Action menu of Firefox supports that option as well now. Just click on the menu (the three dots in the address bar), and select the "add search engine" option to add it. 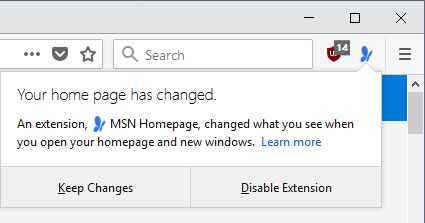 Firefox displays a door hanger notification when extensions modify the home page of the browser. The door hanger informs users about the fact and displays options to disable the extension to return the homepage to the previous state.

While you could say that users should be aware of home page changes simply by opening the homepage in the browser, less tech savvy users may have had issues in the past to identify the source of the change.

Tab Warming is a new feature of the Firefox browser that reduces or even eliminates the delay when Firefox users switch between tabs in the browser.

You can disable the feature by setting about:config?filter=browser.tabs.remote.warmup.enabled to false.

Tab Warming is available for Windows and Linux according to the release notes. 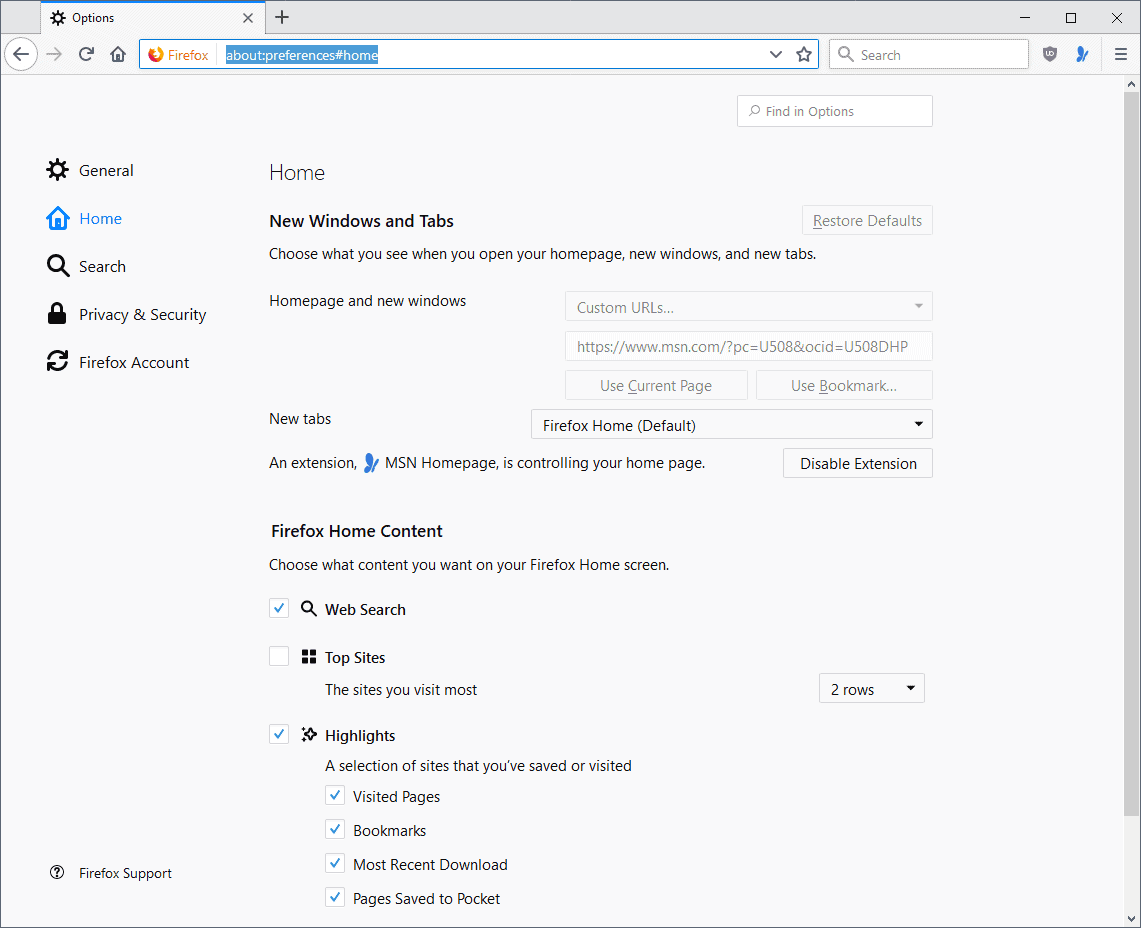 Firefox 61.0 ships with a new Home section in the preferences. These are accessed with a click on the settings icon on the new tab page or by loading about:preferences#home directly in the address bar.

The following options are provided on the page:

One of the biggest changes in Firefox 61.0 is that tab management extensions can now hide the tab bar. Firefox displays a small down arrow icon only in the tab bar when tabs are hidden.

Mozilla improved the Forget button that users of Firefox may add to the Firefox toolbar as it removes Service Workers and cache data.

Not a big release. Firefox for Android benefits from Quantum CSS improvements and faster scrolling thanks to "treating touch event listeners as passive by default".

TLS 1.3 has been enabled as well, and a crash issue has been fixed on Samsung Galaxy S8 devices running Android 8.0.

Firefox 61 patches 19 different vulnerabilities of which 7 have received the highest severity rating of critical. You find the full list of fixed issues here.

The next Firefox Stable release is scheduled for September 5, 2018. Firefox Stable will be moved to Firefox 62.0, and Firefox ESR 52.x and 60.x to Firefox 60.2. The release ends support for Firefox's classic add-on system in all versions of Firefox supported by Mozilla.