Ghostery, which was acquired by German company Cliqz some time ago, is a cross-browser privacy extension that started out as an extension to block tracking predominantly but has since then transformed into a content blocking solution with strong anti-tracking functionality.

The extension is available for all major browsers and can be downloaded from the official website.

Tip: Check out our reviews of Ghostery 6 and Ghostery 7 as well. 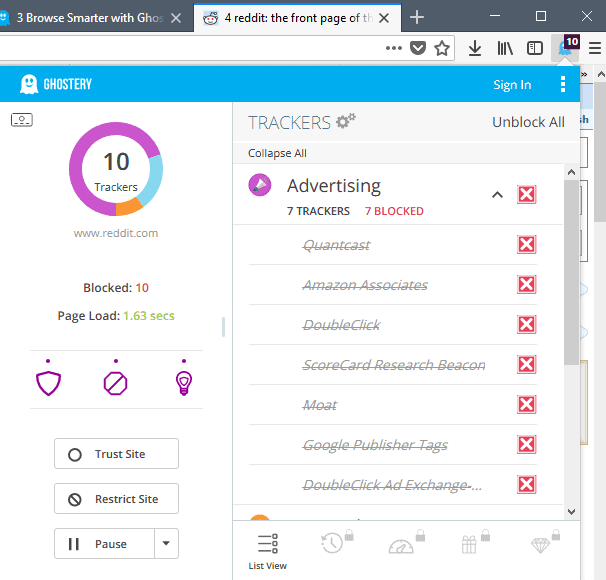 Ghostery 8 prompts you to choose between a quick and custom setup. I suggest you select custom, as you can better set the preferences when you do. The extension walks you through a series of screens which you use to enable or disable various features such as ad blocking.

Ghostery 8 comes with a new simple view mode which you may enable. It is designed for users who are not interested in details on individual trackers and other date, and just want a summary of activity instead.

The advanced view is still available, and you can pick it during setup if you select custom setup. There is also an option to switch between both view modes directly in the Ghostery UI. 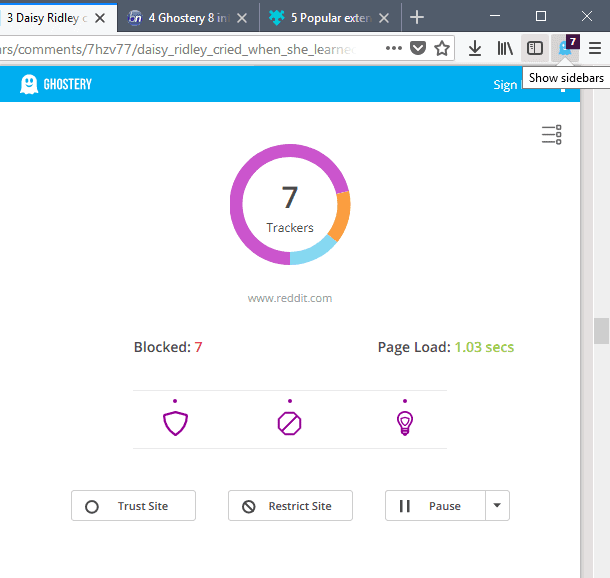 One of the core new features of Ghostery 8 is the improved anti-tracking protection. Ghostery's parent company Cliqz provided the team with an heuristic add-on for it which may detect trackers that are not caught through the use of traditional blocklists. The new heuristic module is designed to detect trackers in real-time to overwrite "uniquely identifying data points".

The team put a development focus on making Ghostery easier to use. The new simple view mode and simplified setup are two features that came out of that.

The extension's Smart Blocking functionality is another. It is designed to analyze the blocking of trackers to make sure that page's are not broken when trackers are blocked. Ghostery may unblock trackers if it detects that a page is broken if specific trackers are blocked. Advanced users may turn off the feature to remain in full control.

Ghostery 8 comes with other much requested features. Users find a pause button in the interface now that suspends the extension for a set period of time.

There has been quite a bit of controversy surround Ghostery and Cliqz in the past. You may want to turn off any data collecting -- if enabled -- in the extension's preferences right after installation. If you use custom setup, you can disable that right away though.

You have to decide for yourself if that is enough to give it a try, or even switch to Ghostery.

Now You: Which content blocker do you use, and why?

Martin Brinkmann is a journalist from Germany who founded Ghacks Technology News Back in 2005. He is passionate about all things tech and knows the Internet and computers like the back of his hand. You can follow Martin on Facebook or Twitter
View all posts by Martin Brinkmann →
Previous Post: « Disqus commenting platform sold to big data and analytics firm Zeta Global
Next Post: Adobe retires Storify but lets it live on as Storify 2 (sort of) »