Is this the last version of MPC-HC (Media Player Classic Home Cinema)?

The program is available as a 32-bit and 64-bit version for Windows, and may be installed or run as a portable program.

MPC-HC is a fork of the Media Player Classic application for Windows. The player interface looks similar to that of Windows Media Player 6.4, a legacy version of the built-in media player for Windows, but similarities between the two programs end there.

You can read out initial review of Media Player Classic Home Cinema that we published in 2008 here.

Media Player Classic Home Cinema is a full blown media player. It plays virtually any media format out of the box, but lacks some of the advanced features that popular media players such as VLC offer.

Update: it appears that developers have contacted the lead of MPC-HC, and that development may continue after all. Check out this thread on the Doom9 forum for information on this.

Is this the last version of MPC-HC? 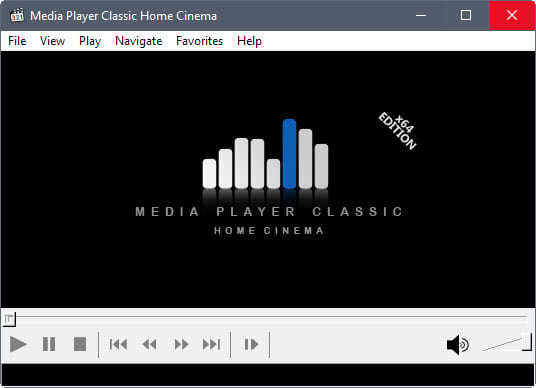 The developer of Media Player Classic Home Cinema released a new version of the player yesterday. MPC-HC version 1.7.13 introduces new features and changes to the program. The program requires a CPU with SSE2 support for instance now, and several of the libraries and filters were updated.

The announcement on the official website of the project suggests that it may be very well the end of it. The main reason for that is that development contributions have reached a new low, as the developer count has reached zero.

While the project maintainer has hope that developers will reach out to him to continue development of Media Player Classic Home Cinema, it seems that the project will be abandoned if that does not happen.

This, unfortunately, means that the project is officially dead and this release would be the last one.

…Unless some people step up that is.

So, if someone’s willing to really contribute and has C/C++ experience, let me know on IRC or via e-mail.

Otherwise, all things come to an end and life goes on. It’s been a nice journey and I’m personally pretty overwhelmed having to write this post.

It is always disappointing from the point of view of a user if a popular highly respected application is abandoned. While there is still hope that new developer blood will revive the project, it seems very likely at this point in time that MPC-HC is dead. (via Deskmodder)

Now You: Which media player do you use predominantly?

Martin Brinkmann is a journalist from Germany who founded Ghacks Technology News Back in 2005. He is passionate about all things tech and knows the Internet and computers like the back of his hand. You can follow Martin on Facebook or Twitter
View all posts by Martin Brinkmann →
Previous Post: « Texmaker 5.0 LaTeX editor released
Next Post: Luminar Photo Editor for Windows: first look »