Luminar is a popular photo editor for Apple Mac OS X devices. The company Macphun has released a beta version of Luminar for Windows that brings most features of the Mac software to Windows devices.

Luminar is offered as a beta version currently. You can only download it after you enter an email address on the developer website, and need to use the activation code that is sent to the email address to register the software.

Considering that the Mac version is commercial, it seems very likely that the Windows version will also be commercial and not free. 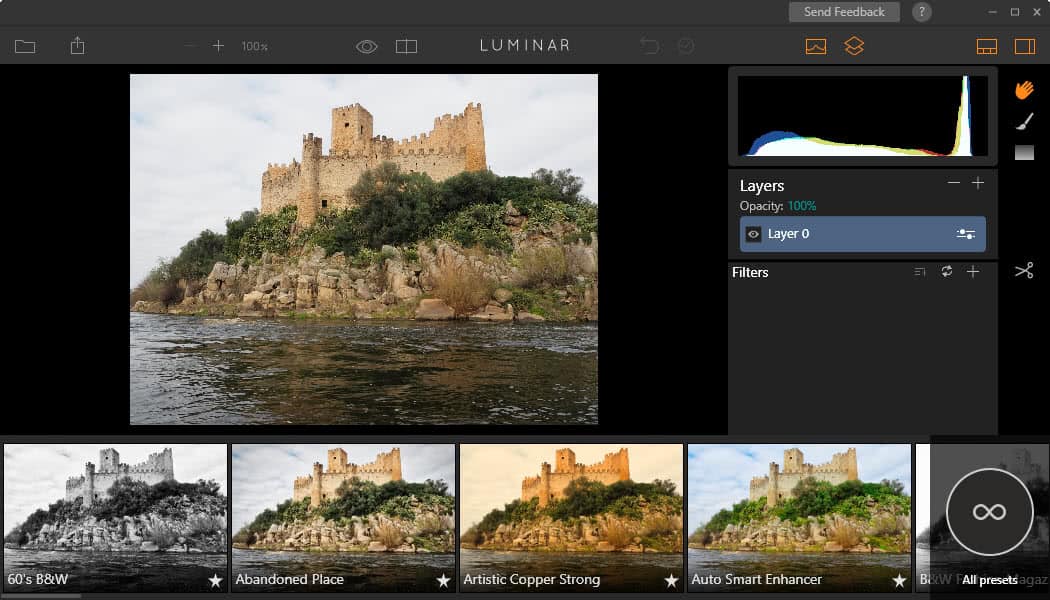 The Windows version of Luminar matches the most important features of Luminar for Mac according to the developer. The highlights are support for one-click presets and photo editing filters, RAW file conversion, and an adaptive interface that adapts to the skill level (and preferences) of the user.

The program displays a short tutorial on first start that you may skip. It highlights some of the key areas in the program interface.

You may load a photo into the program afterwards. Luminar displays the photo, presets, and layer and filter information on the screen.

You can hide the preset and filter sidebar in case you don't require it. You can zoom in and out of the photo, and enable the handy before and after filter.

Before and after divides the photo into two parts: one highlights the original, the other the processed version of the photo. It features a slider that you may move to inspect both the original photo and the modified photo in depth.

The two core features of Luminar for Windows at the time of writing are presets and filters. Presets can be selected with a single-click to modify images. The application groups presets into categories such as travel, portrait or outdoor, and highlights each with a thumbnail image of the processed source image directly in the interface.

This means that you know how the processed image looks like before you select any of the available presets.

Presets consists of one or multiple filters. You can select these filters individually as well, and manipulate them if you have selected a preset.

Luminar ships with dozens of different filters, from AI accent enhancing to filters that modify contrast, brightness or the color temperature. 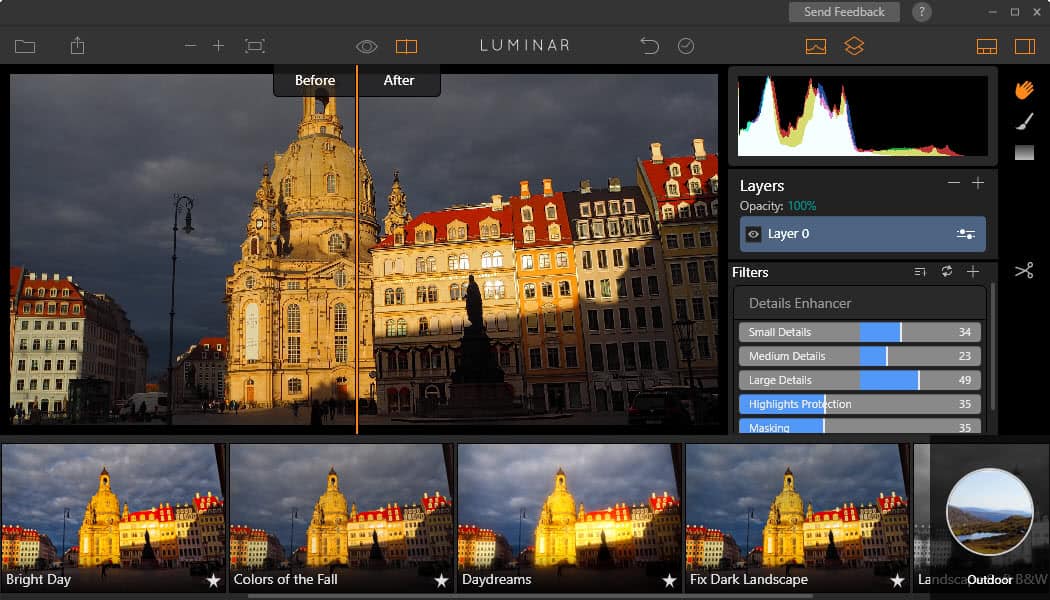 Filters come with sliders that you use for customization. It may take a second before filter changes are applied to the image. I tried this with a 10 Megabyte images on a fairly recent system, and most filters were applied instantly while some showed a small delay before the changes were visible on the screen.

Luminar for Windows is compatible with all versions from Windows 7 on. The developers plan to release the final version of the photo editor in November 2017.

Features that are supported by the Mac version but not the Windows version will be added to the program. This includes support for Adobe Photoshop and Lightroom plugins, tools like erase, denoise or clone, and other features.

Luminar is a user friendly photo editor that is easy to use thanks to the preview system and user interface that it ships with. While not as powerful as Adobe Photoshop and other professional grade editors, it may appeal the most to non-professional photographers.

Now You: Which program do you use to edit photos on your devices?