OneDrive referrals may get you 10GB extra storage

The company came clean later by stating publicly that the economics of existing plans were unsustainable, and that it had to change them because of that.

The move did irritate users of the service and here especially free users who Microsoft wanted to restrict to 5 Gigabytes of storage.

That was a big downgrade from the 15 Gigabytes the company offered to free users (which does not even include free bonuses the company gave away to users such as the camera roll bonus which increased storage further).

While Microsoft plans to move forward with reducing available OneDrive storage space for free accounts down to 5 Gigabytes of storage, it has created an opt-in option for existing users that enables them to avoid the downgrade and keep the camera roll bonus on top of that 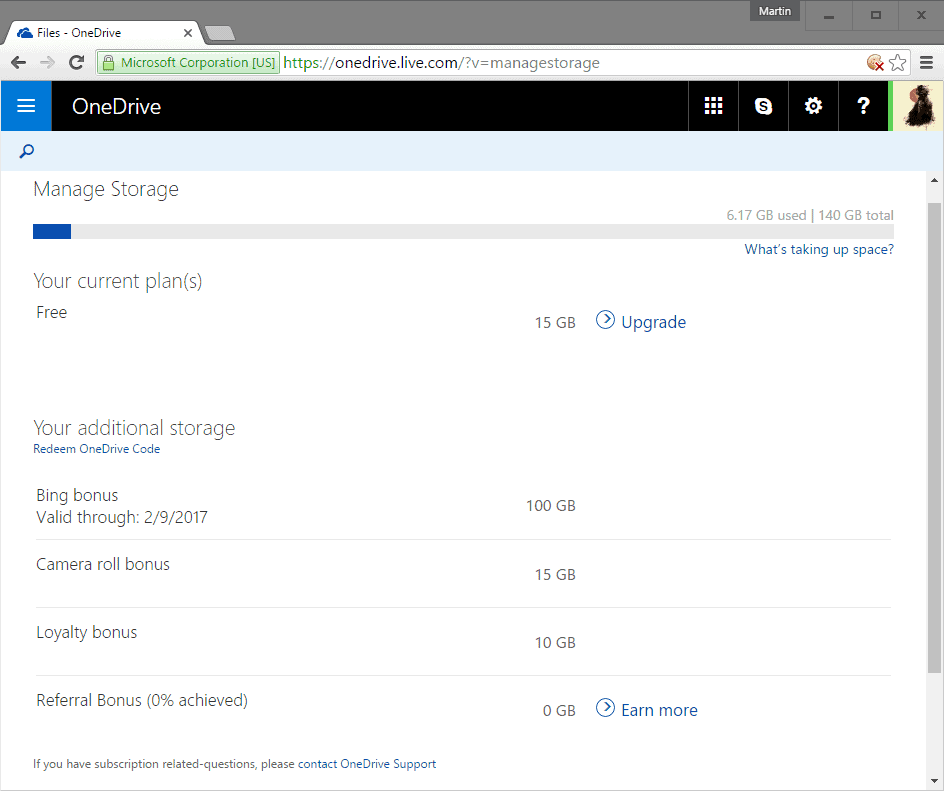 OneDrive users don't have that many options when it comes to adding extra free storage to their account. One of the better options is the referral system which users of OneDrive can make use of to get up to 10 Gigabytes of extra storage by referring friends, customers or complete strangers to OneDrive.

You get 500 Megabytes of storage for each referral, the same you get when you refer users to Dropbox.

For instance, if you'd sign up using this link, you and I would get an additional 500 Megabyte of storage.

Get your referral link 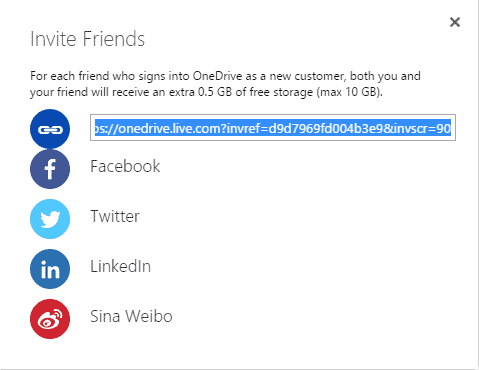 It is easy enough to grab your referral link on OneDrive:

Microsoft displays the link directly and a handful of sharing options that you can make use of to spread it right away.

When others sign up to OneDrive using the link they will get 500MB of extra storage and so will you up to the maximum of 10 Gigabytes.

For existing users of OneDrive, it comes down to whether they trust Microsoft not to modify storage again in the future. While I think it is unlikely that Microsoft will do it again, trust in the company is certainly not at an all-time high in this regard.

Now You: Which online storage service do you use?