Google published updates for the official YouTube Android and iOS application yesterday which introduce a new mobile design in both apps.

The new "clean and simple" format has been designed to "discover and enjoy" according to Google. It is powered by "deep neural network technology" which Google promises will "make it easier to discover videos you'll be excited to watch".

If you check out the new application, you will notice immediately that things have changed a lot.

Probably the biggest change is that there is less content per page now. While that means fancy largy thumbnails that every designer seems to love these days, it is limiting the number of videos that are returned to you when you are using the app.

On my Xiaomi Mi4c device for instance, I see two videos on the screen at the most at the same time (the frontpage displays an ad that fills half the screen, and I won't even talk about the trending section and the suggested videos there..). 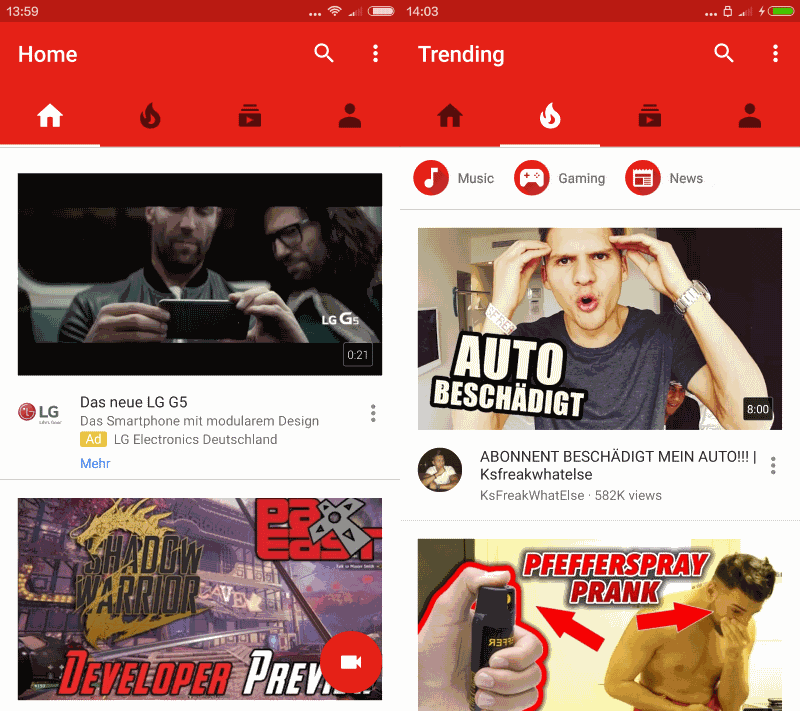 This new ultra-large format is used on the homepage, trending and subscription section on the site.

Only search results and playlists seem to use a different format for the time being that display more than two videos on the screen at the same time.

Comments on the official blog are anything but positive, and many state that fewer videos are displayed on the screen at the same time and that they dislike that this leads to more scrolling.

What you can do about it 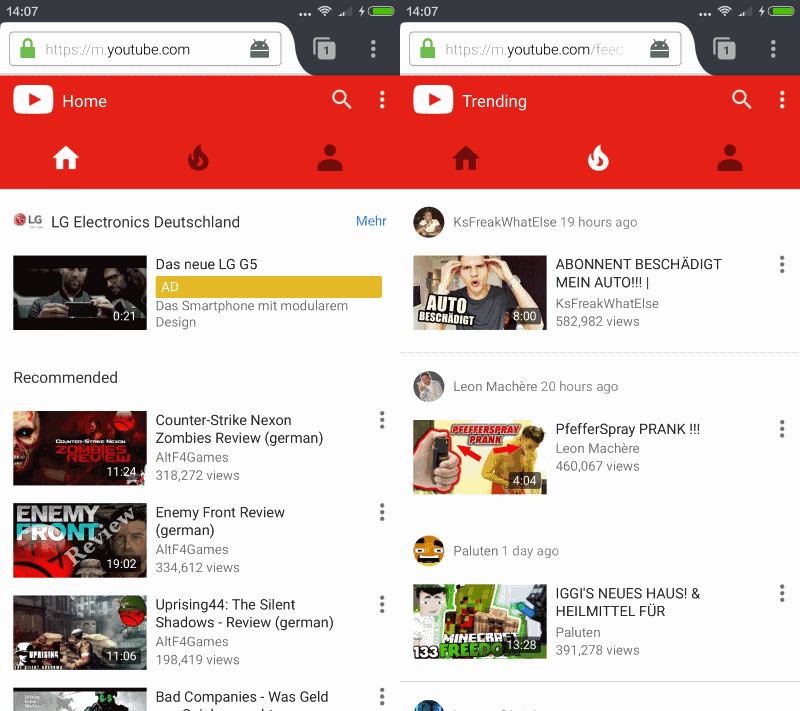 This ensures that you get access to the old layout while using your mobile device which uses smaller thumbnails so that more videos are displayed at the same time on the screen.

Point your web browser to https://m.youtube.com/ to give it a try.

There is a chance however that Google will change the layout of the mobile version of YouTube in the future as well.

The only remaining option then is to download and install an older version of the YouTube application on the device you own.

Problem is that these are not offered on the official Play Store which means that the chance is greater that malicious apps are offered to you.

For now though I suggest you help yourself by using the browser of choice instead of the official YouTube application to get your video fix.

Previous Post: « Amazon Prime Video without Silverlight in Firefox
Next Post: OneDrive referrals may get you 10GB extra storage »