If you are a free OneDrive user and want to keep your storage, do this - gHacks Tech News
ghacks.net

If you are a free OneDrive user and want to keep your storage, do this

Microsoft announced back in November 2015 that it would downgrade storage on its cloud hosting service OneDrive for nearly any customer of the service.

Paying customers, those subscribed to Office 365 would be limited to 1 Terabyte of storage and no longer be able to take advantage of the unlimited storage offer the company made available in the same yaer.

In addition, the 15 Gigabyte camera roll bonus would be removed as well.

The only reason Microsoft provided for the move was that some unlimited customers abused the offer.

The explanation did not add up considering that there was no need to "punish" free users and OneDrive users who upgraded their storage quota to 100 or 200 Gigabyte for the actions of some.

Today, Microsoft Group Program Manager Douglas Pearce announced a surprising turn of events. While Microsoft won't change its overall plans, it made the decision to make things more pleasant for free users of the service. 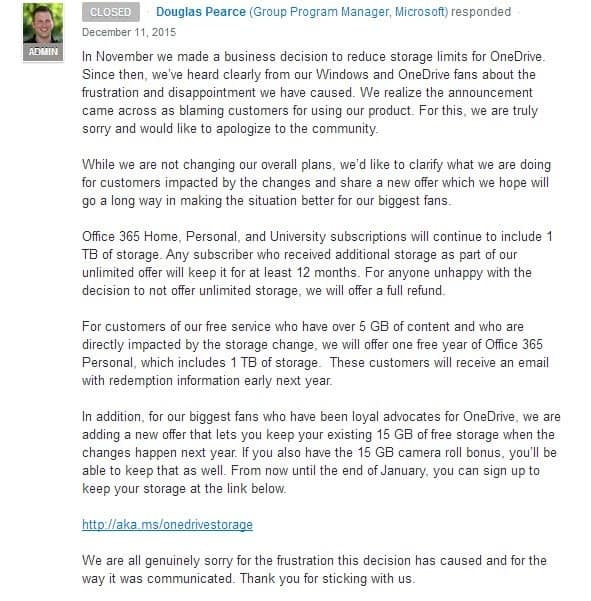 In particular, free users can keep the existing 15 Gigabyte of storage and the 15 Gigabyte camera roll bonus, but only if they "sign up to keep the storage". 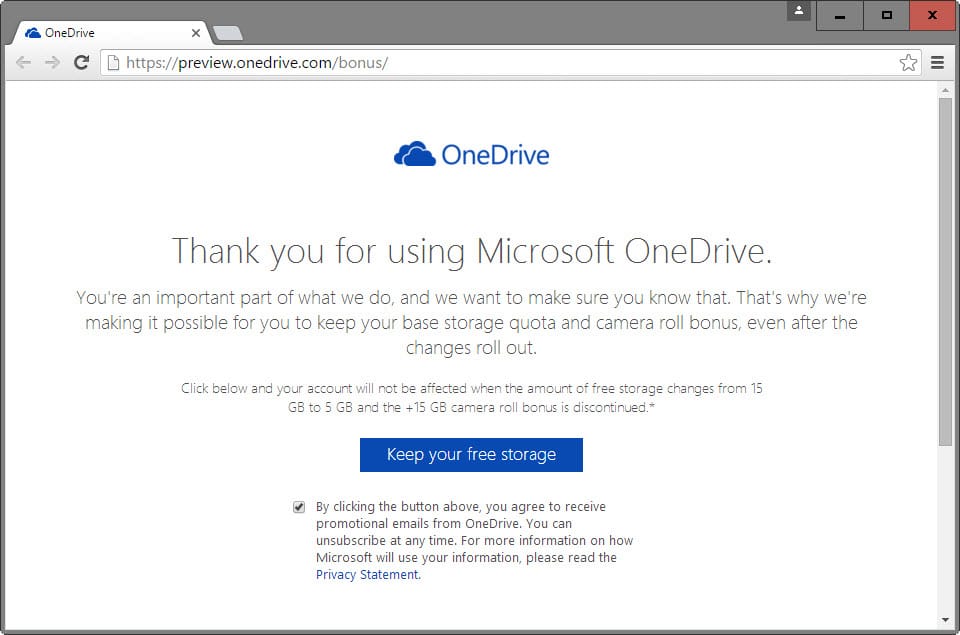 Uncheck the promotional offer option before you hit "Keep your free storage".

Still, if you are a OneDrive user you may want to sign up to keep the free storage, and unsubscribe from promotional emails as soon as you receive one. The offer is valid until the end of January after which it expires.

Article Name
If you are a free OneDrive user and want to keep your storage, do this
Description
Microsoft announced today that existing free OneDrive customers can sign-up to keep their free storage quota so that it won't be reduced in the near future.
Author
Martin Brinkmann
Advertisement