First Look at F.Lux for Android

F.Lux for Android brings the same day and night shifting of colors from the desktop to rooted Android devices.

One of my must have Windows programs is F.Lux which makes the colors of the screen adapt to the time of day. The main idea behind the feature is to make the screen more pleasing to the eye at night and to improve sleep for those of us who work on the computer late at night.

The Android version of F.Lux offers similar functionality but is limited to Android 5.x devices or newer devices for the most part and requires root on top of that.

Some Android 4.x devices may work according to the author provided that they are rooted, but since there is no supported device list available, it comes down to trial and error to find out if your device is supported.

If your Android device supports F.Lux you will notice that it works in pretty much the same way as the desktop version. 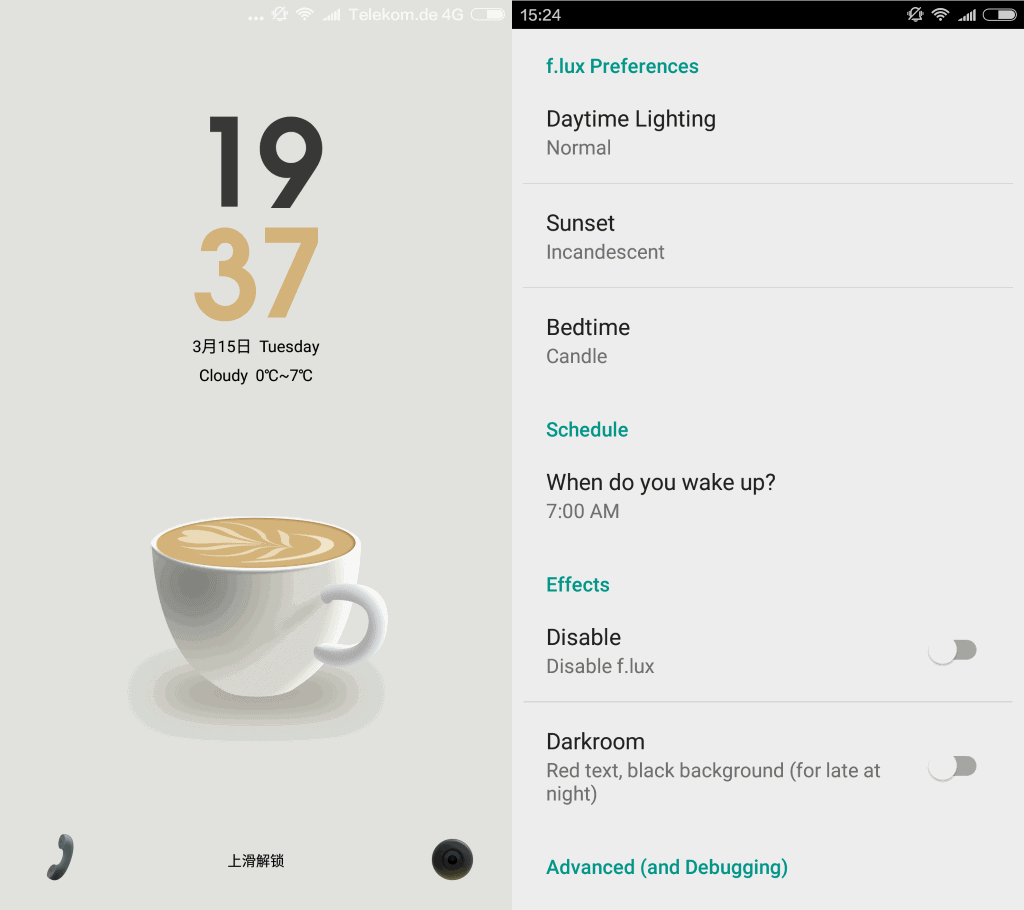 It detects your location automatically and will change the color of the screen based on the time of day. There is no option to set a location manually on the other hand which means that you need to allow F.Lux to use the device's location feature to detect it automatically.

You can modify the behavior somewhat but not as detailed as in the desktop versions of the program.

Other options provided in the settings include setting a wake up time, enabling darkroom mode which changes the screen to red text on a black background for late at night uses, and to disable F.Lux for the time being.

The author of the app notes that some applications interfere with F.Lux while it is running. This is for instance the case for Netflix and his assumption is that this is done to accommodate DRM applications. A fix for the issue is in the works however.

Another thing that F.Lux users need to be aware of is that they should disable F.Lux before removing the application from the device. Failing to do so requires a reboot of the device to go back to the regular color use on the device.

F.Lux for Android is a useful application for users who use their device at night or in the darkness. The apps' reliance on root makes it less easy to set up than on the desktop though.

Twilight is another Android app that offers a similar functionality but does not require root.

Previous Post: « NetX is a network discovery app for Android
Next Post: GreenBits for Android: get your own Bitcoin address »