Registry Finder is a third-party Registry Editor for machines running a flavor of Windows that offers features such as quick jumping that the default editor of the operating system does not support.

If you ever had to edit Registry keys or add new ones using the default Registry Editor of Windows, you know that it is not best suited for these tasks.

While you get things done using it eventually, navigation, search, and missing features delay the editing significantly at times.

For instance, if a website lists a Registry key that you need to go to, you cannot simply copy it to jump directly to it using the default Registry editor. Instead, you have to navigate the folder structure, or use the -- painfully slow -- search instead to find it.

The free tool Registry Finder resolves that by offering quick jump functionality. It features a path field in its interface that you can paste Registry key paths in to jump directly to them. 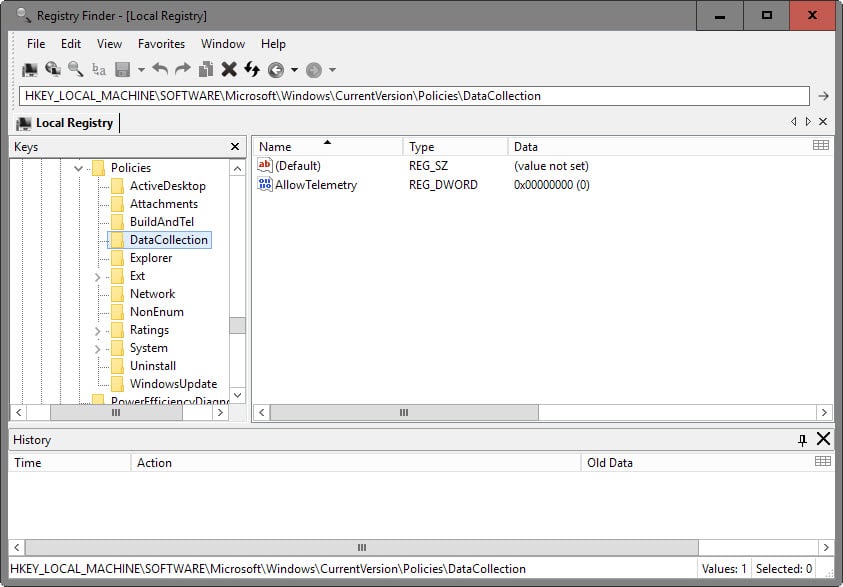 Quick Jump is not the only feature supported by Registry Finder.

It provides similar functionality as the native editor, allowing you to browse the Registry, add, edit or remove keys from it, add favorites or load hives (the local Registry is loaded automatically on start).

Registry Finder supports a handful of additional features that sets it apart from the native Windows Registry editor. 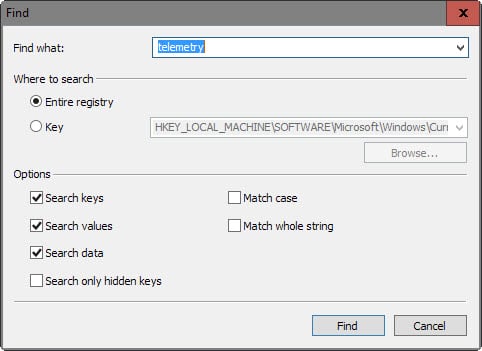 Search for instance is vastly improved. Apart from better customization options on start, Registry Finder displays all search results in a new tab in its interface.

Each line represents a hit, making it much easier to find and open the keys you are interested in. If you have used the search of the native editor before, you know that it lets you jump to the next or previous result only. 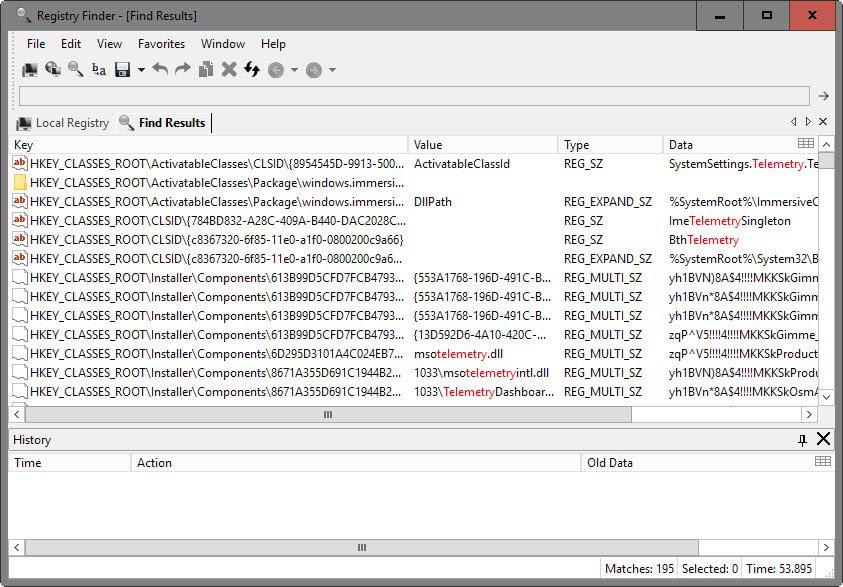 Each result is highlighted with its key, value, type, data, last modification date and size. You may edit values right from the results as well by selecting modify or modify binary data from the right-click menu.

Another interesting feature is the history which allows you to open previously accessed keys of the tab. This enables you to jump quickly between Registry keys that you have opened previously in the tab.

Registry Finder is a useful Windows Registry Editor replacement especially for Windows users who work with the Registry regularly. Its quick jump, search, tabbed browsing and history functionality is either superior to that of the default Registry Editor, or even not available in the native program at all.

Previous Post: « Who Stalks My Cam informs you about webcam usage
Next Post: PixelHealer: repair defective pixels on LCD screens »