How to prevent Firefox from sending downloaded file information to Google

If you have read the release notes of Firefox 31, you may have noticed the entry "block malware from downloaded files" under What's New.

The integration of the feature in Firefox 31 is the first step in the implementation which will be completed when Firefox 32 is released to the public in six weeks.

Note: Firefox will only check executable files and not other file types.

While the file itself does not get transferred, its SHA-256 hash value as well as other information such as the suggested file name for the download, the length of the file in bytes and the url the file was downloaded from are.

Example screenshot of a download that Chrome blocked as malicious 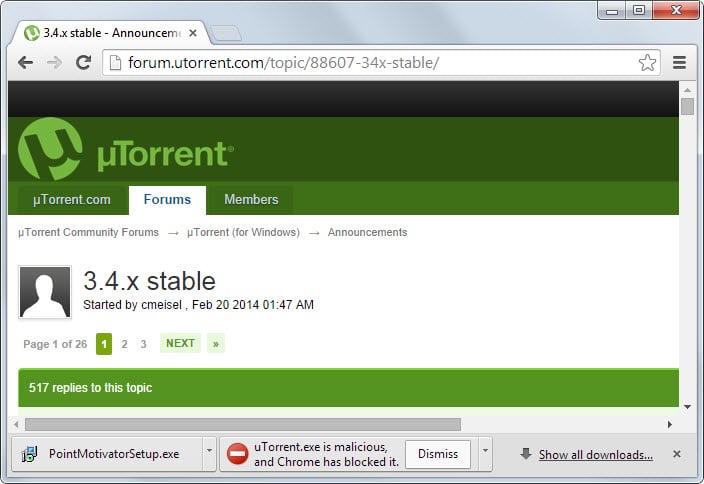 How to block the sending of information to Google

While the implementation of download checks in Firefox may help some users avoid malware downloads, others may dislike the integration of the feature.

If you have deployed antivirus software on your system, it may also be unnecessary to use the Firefox implementation as the software may protect the system from malicious downloads automatically.

Last but not least, false positives are also a possibility.

To disable the application reputation check in Firefox, do the following:

Removing the address from the preference blocks the sending of information to Google.

It is alternatively possible to disable Safe Browsing completely.

Additional features about the application reputation feature are available on Mozilla's Wiki.