Firebug 2.0 offers a boatload of new features and improvements

When Firebug was first released back in the good old days, there were not many comparable web development extensions available.

Web browsers did not ship with Developer Tools included, and Chrome was not even born yet. This changed over the years, and nearly every browser ships with its set of dev tools included nowadays.

Firebug on the other hand as been in development ever since, and while it still offers several interesting features, some core mechanics of it were lacking.

Older versions of the add-on used Firefox's debugging engine JSD1 for example which slowed down the browser significantly. Mozilla removed the debugging engine in Firefox 30 which is one reason why the new version of Firebug got released by the development team.

Firebug 2.0 changes that by switching over to the new debugging engine JSD2 which means that performance related issues in this regard should be a thing of the past. 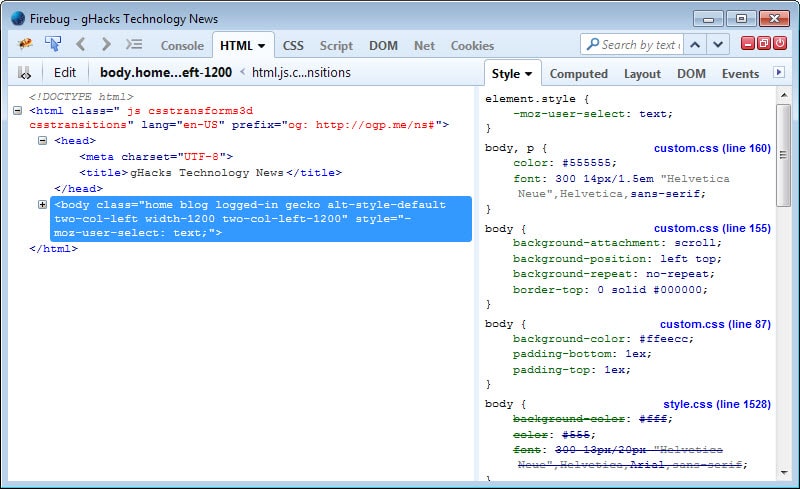 But that is just one new feature of the new version. You can check out the official release notes to go through them all if you want, or take a look at the list of major new features, improvements and changes below.

When you install Firebug, it will take over the default Firefox Developer Tools shortcut (F12).

Firebug 2.0 adds several interesting new features to the web development extension, especially the upgrade to the new engine should improve performance of the add-on for users.