Ever since Firefox 18.0.1 was released part of the web browser's user base experienced crashes on the world's most popular social networking site Facebook. The crashes, experienced not only by stable channel users of Firefox but also by beta, aurora and nightly users, have been identified by Mozilla to happen almost exclusively on Facebook. Some users of the browser reported Firefox freezing when they go to Facebook, while others reported that it would crash when they did so.

It took Mozilla some time to figure out what was going on. You can go through the original bug listing over at Bugzilla for more information. First signs of the bug appeared on December 30, 2012 when it jumped to the 32nd spot of the top browser crasher listing that Mozilla maintains.

At the end of January, the bug accounted for almost 18% of all crashes in Firefox 18.0.1 which is a very large number for a single crash.

The cause for the crashes on Facebook was discovered in cx->enumerators, a balanced stack of active iterator objects. David Anderson explains why Firefox crashed in the bug listing that fixed the issue.

In practice, it is really difficult to keep it correctly balanced, because the JS engine has so many different ways of leaving execution modes, and the try-note-iter mechanism itself is fairly delicate.

Since the enumerator list is unrooted, when it becomes unbalanced, its items can become garbage collected and later crash.

The bug fix has already landed in development versions of Firefox and Mozilla is preparing Firefox 18.0.2 which will be released later today if things go ahead as planned. Keep in mind that while Firefox 18.0.2 is already available for download on the Mozilla ftp server, it is not 100% certain that this will be the final release as last minute changes can happen at any time. 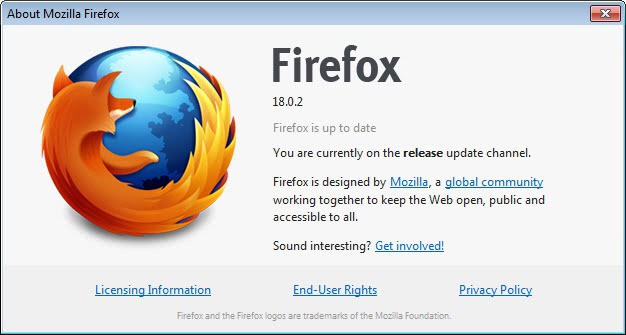 Still, if you are experiencing crashes on Facebook currently you may want them resolved as soon as possible. You can download the releases from this ftp server directory.

Previous Post: « Mozilla improves Firefox's Do Not Track feature
Next Post: Display a clickless menu in Firefox after selecting text »