Those of you who follow my articles with any regularity will know that one of the biggest arguments I make about the modern technology industry is their insistence on playing Patent tennis with each other.

This back and forth of legal battles, and the scrabbling by technology giants to buy up valuable patent libraries only serves to A) push up the price of technology B) impede innovation and C) prevent smaller firms from entering the market.  Needless to say I'm not a fan.

Now Google's patent counsel, Tim Porter has admitted that the entire patent system is broken.  In an interview with the San-Francisco Chronicle he said that the lawsuits and counter-lawsuits by technology companies merely wastes time, money and resources.

For too long, the patent office granted protection to broad, vague or unoriginal  ideas masquerading as inventions. That inevitably led to the legal dramas now  unfolding. 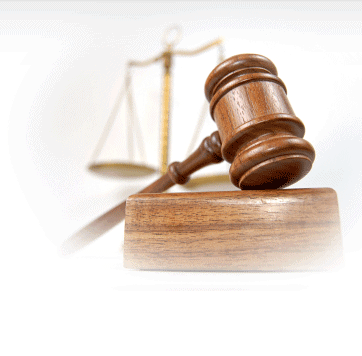 One of the most interesting things he said in the interview concerns the subject of innovation I mentioned earlier.  When asked the question "Google has said these lawsuits and tactics are a threat to innovation.  Do you think the uptake or development of Android has slowed because of these  issues?" Porter told the paper.

I don't think we've seen that happen yet. But the concern is that the more  people get distracted with litigation, the less they'll be inventing.

He says that all the players have been involved in this and he pointed out that Patents were a way for Microsoft to battle against Linux.  He said.

You can look at the development of the software industry and see a point when  (software wasn't being patented) and it was a period of intense innovation. You  didn't see Microsoft's first software patent until 1988. By that time it had  come out with Word, not to mention DOS.

It is clear that freedoms do encourage innovation and that software innovation has been somewhat stagnant in recent years compared to the 1970's and 1980's when new and exciting concepts were emerging all the time.  Porter argues that the current system for patenting software doesn't make sense.

During the period I talked about, software was protected by copyright and other  legal protections. There are certainly arguments those are more appropriate.

It's fantastic to finally hear someone at the heart of the ongoing patent wars talking sense about the whole issue.  The only people who can lose in all of this are consumers who will face limited choice and higher prices.  Apple's attempts to ban the Samsung Galaxy Tab for instance aren't based on any real fact other than the fact that the Galaxy Tab is a truly superb piece of technology that Apple are afraid of.  They're attacking it purely because a patent or two that they own means that they have a technicality at their disposal to eliminate their strongest competitor.

The problem is that, while Mr Porter might say these things, actually convincing the major corporations to back off from their lawsuits is another matter entirely.  Apple are still going after Samsung aggressively and Microsoft have recently bought up a load more patents to help them attack their main competitor, Google's Android operating system.

For now, we can only hope that governments or the judiciary step in to bring some calm and common sense to proceedings.