I love Tower Defense (TD) games. Last game that I played quite a bit was Orcs Must Die, a Tower Defense game with action elements that you can purchase at Steam or Xbox Live. Demonrift TD is a free browser game that you can play in all modern web browsers if the Flash plugin is installed. The player's task is to defend the kingdom of Emaeron from daemonic attacks.

The game itself consists of two parts. Part one takes place on a strategic map of the country. Here you can use resources to improve cities to increase resource generation per turn or to receive advantages during the battle phase. It is furthermore possible to hire better troops or improve the abilities of existing troops. 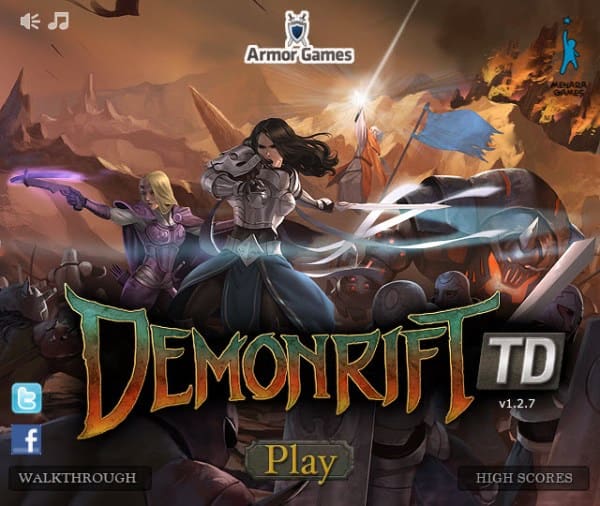 You have got a certain amount of action points at your disposal per round which you can use to buy improvements or to wage war.

A click on one of the cities connected to your empire opens the second phase of the game, the tower defense phase. 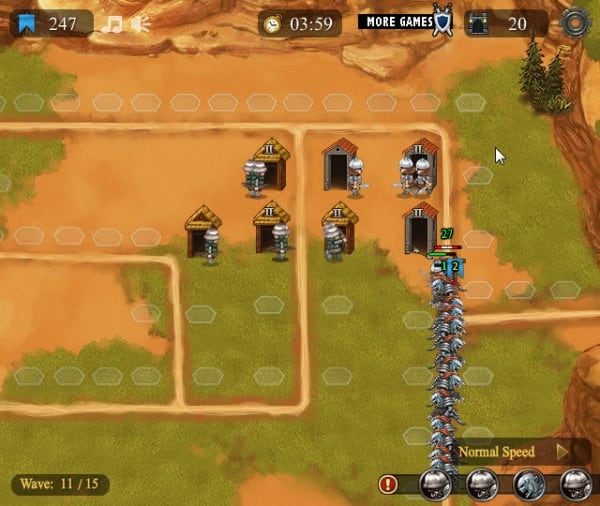 You begin with a set amount of resources that you can spend buying troops. Your troops can be placed on the hexagons displayed on the map. Your task is to keep the demons from reaching your stronghold on the map. Only swordsmen and archers are at your disposal in the beginning. Once you get the training hall you can unlock new unit types such as knights or golems.

It takes a moment before units begin to appear near the towers (huts) that you have build. You can upgrade the huts several times which always adds another unit of that type to the hut. One of the problems that you may run into is that archers will stop shooting at close enemies. It is therefor advised to position the archers in locations where this won't happen to often.

I like the combination of a strategic turn based game with tower defense elements. While I would not compare it to a great game like Total War or Empire I'd say it offers enough variety to keep you entertained for a while.

The games is on the other hand not overly strategic, especially the tower defense part lacks variety in the long run.

Visuals are on the other hand stunning, especially the hand painted graphics that are displayed before battles.

You can play Demonrift TD over at the Armorgames website.