I've got a keen interest in smartphones and tablets. I think they're just both so brilliant for what you can do with them. For instance, being able to store spreadsheets and important documents in the cloud and update them on my phone is just amazing, and being able to use custom apps on a device on the move can be an incredible time-saver.

The thing is though I've been doing both of these pretty much since 1986 and the concept really isn't a new one at all.

Back then I was a huge fan of UK company Psion's mobile computers, indeed I had a whole range of them. It started with the Organiser II, their second generation mobile device (though the first one that was genuinely useful) and moved on to the Series 3a, Series 3c and finally a Series 5.

Psion is the company that had already brought the world the first integrated office suite of Quill, Abacus, Archive and Easel for the ill-fated Sinclair QL business computer, just beating Apple's Mac (though barely) and beating the equivalent on PC's by a good year.

I thought I'd give you a quick tour of these devices (a trip down memory lane for some) and talk about whyÂ Psion's handheldsÂ were important and how they're still influencing modern laptops and smartphones today.

Despite what some people might have you believe, the Palm Pilot was far from the first mobile computing device. By the time it launched in 1996, Psion had already been mass producing mobile computers for twelve years. The 1984Â Organiser and the 1986 Organiser II, which many people still think of as the original model for the Hitchhiker's Guide to the Galaxy in the BBC Television adaptation of the classic Douglas Adams novels, was a fantastic little machine.

It had two removable storage ports you could plug additional memory into, these were later wiped by removing a label over the chip and exposing them to ultra violet light for 30 minutes (I'll bet you've never formatted a disk quite that way before!)

All of the software you would expect for a mobile computer was already there including a diary, contacts app, clock, alarms, calculator and the device was fully programmable. In fact there was quite an extensive user base who wrote custom apps, not just for the Organisers, but also for the Series 3 and Series 5 computers that followed them. 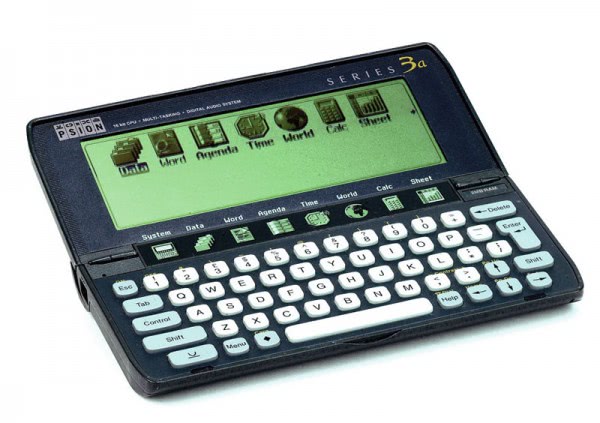 Three years still before the Palm Pilot was launched, Psion had moved to a clamshell design with full qwerty keyboard and larger screen. Their Series 3 handheld was an instant success and they could be seen being used by yuppies everywhere (I wasn't a yuppie). Their programing language had evolved and was now even more powerful and flexible. Â A variant of Basic, it focused on database creation and query and the Series 3 soon became home to a wide range of third-party professional apps from medical and industrial information to education, science and more.

At this point Psion began to diverge into industrial handhelds, and they still operate in this market today. Before they finally abandoned the home handheld market though they launched the Series 5. This computer had an ingenuous folding clamshell design where the keyboard slipped outwards from the case to maximise the available space. This keyboard was completely revolutionary and, although Palm was clearly winning the handheld wars by this point, laptops for years to come would owe some of their design and ingenuity to the Series 5. 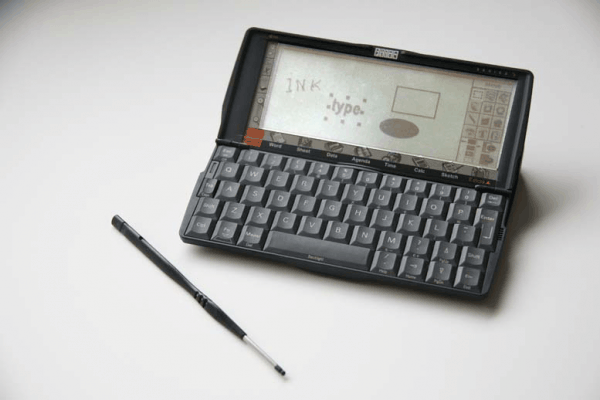 The Series 5 also sported a touch screen, the first Psion handheld to do so and, as it featured more power and yet more additions to it's native programming language, saw just as many practical applications as its predecessor.

The operating system for the Series 5, EPOC, which was written from the ground up for this device, was later renamed Symbian and still exists to this day in Nokia smartphones. Psion entered a strategic alliance in 1998 with Nokia, Motorola and Ericsson to bring the mobile OS to a wider market. The project was inevitably doomed and eventually Nokia bought the OS outright for use on its mobile phones.

As if the company's innovations weren't good enough by this point, in 1999 they released a sub-notebook device called, you guessed it, the Netbook.Â  This pre-dated modern netbooks by almost a decade and while it wasn't a huge success, was still popular in business sporting several additional models including the company's first full-colour device and one running Windows CE.

I don't own any Psion devices any more but I do remember them fondly. With my Organiser II was able to keep a diary and planner, organise all my contacts and carry them with me and more. The Series 3 and Series 5 allowed me more control over my life with mobile spreadsheets and word processing documents. I was able to do financial planning and more on the move. So when you use your smartphone or tablet today, think back to how it all began with one small British innovator.

Google will discontinue its YouTube Go app in August

Telegram Premium subscription is reportedly in the works; could offer more stickers and reactions