Watch out! The Future is Coming!!

There's been so much news in recent weeks about stuff that's going to turn into our computing future that I'm hardly surprised most people have failed to join the dots. If you look at some of, if not all of, the major technology announcements in recent weeks we can see that there is a very profound change in our computing lives that's going to take place in about a year or two.

So what is this change I hear you cry. This will be the move to the computer in your pocket and, surprisingly, Microsoft seem to be ahead of the game this time. I say surprisingly because in recent years Microsoft have long been playing catch-up to their competitors and, frankly, making a bit of a mess of it. Windows Phone is the best example of how the company completely failed to bring the right product to market at the right time. Currently this smartphone sits with little over 3% market share and the company has huge volumes of work to do to catch up with the big boys.

When it comes to computing in your pocket though Microsoft could yet come up with a few surprises, and I fully expect that they will. The first indication of the computing in your pocket future took the form of the Motorola Atrix. This is a smartphone that can sit in a dock at the back of a netbook-style keyboard and screen assembly and be used as a desktop computer.

This Android powered phone has received great reviews as a phone but hasn't been so well received as a netbook. That said it's the first device of its kind and a very exciting prospect. We never expect version 1 products to tick all the right boxes anyway.

Google don't seem to be too concentrated on the prospect of dual devices at the moment. They're OS product line-up has even become a little fragmented with Chrome OS now gearing up for release and Android being steered towards touch-only desktop devices.

Of Microsoft's other competitors Apple seems best-placed to compete in this arena. Their iOS smartphone operating system is already based on their successful OS X desktop operating system and the news that the company is planning to port an iOS-style user interface to their desktop computers could show a hint of the way forward for all of us.

It's with Windows 8 and Microsoft's move to ARM processors though where the most interesting developments lie. In research most people have answered that they'd most like to be using Windows on mobile devices. This is despite Microsoft's disasterous history with phones and tablets.

With an ARM-powered Windows we have the glint that we might just see a proper desktop OS available as a secondary interface on a smartphone when you plug your phone into an appropriate dock, be that on a dumb screen and keyboard affair or on your own desktop instead of a PC case.

Either way we can fully expect not be carrying around slimmed down computing devices in a year or two and instead be expecting to be carrying full computing devices with quad-core processors, large volumes of storage and full desktop apps. This is a hugely exciting prospect and one that futurologists were getting excited about twenty years ago.

This future is now just outsideÂ our doors, the question remains will people embrace it? 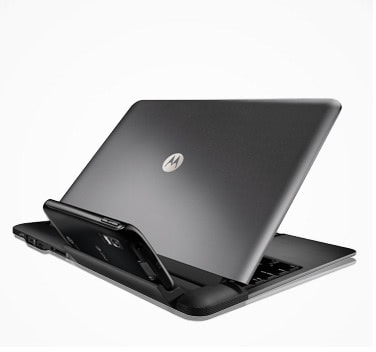 Article Name
Watch out! The Future is Coming!!
Description
There is a very profound change in our computing lives that's going to take place in about a year or two.
Author
Mike Halsey
Advertisement