Norton has made available beta downloads for their upcoming security software refreshes. Norton Internet Security 2012 Beta and Norton Antivirus 2012 Beta are both available for download at the Norton Beta Center. Interested users need to fill out a small registration form before they can download one or both of the applications.

We take a look at the terms and conditions later, but both are time limited unless you have a valid license for the product. Our copy of Norton Internet Security 2012 for instance expires after 14 days from the time of installation.

Lets take a look at what's new in both applications:

The installer needs an Internet connection as it downloads the installation files during installation. The installation itself took less than a minute on a test system and had to be completed with the entering of a product key that was send to the registered email address, and a Norton account registration. No restart of the system was required. 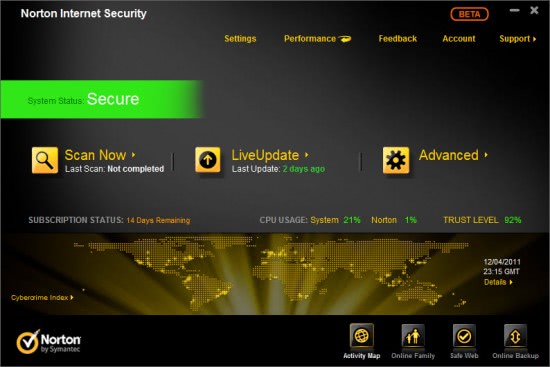 The following modules and components are new, improved or updated in Norton Internet Security 2012: 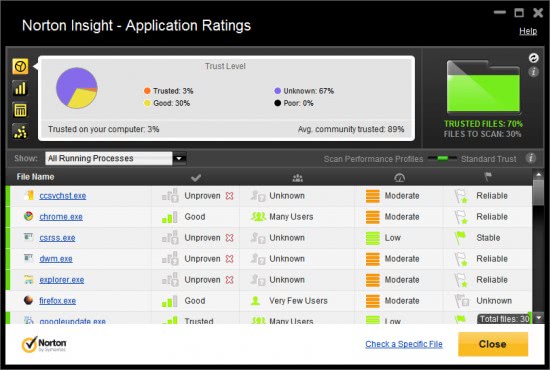 For example, letâ€™s say a particular process tried to access the system folder and tried to call home, but does not have any running UI. Also, it downloaded more than 15 files the previous day. Any one of these things alone may not be â€œbad,â€ but taken as a whole, the behavioral profile is bad. The analyst will therefore make a rule that says if we see this string of behaviors, then we should stop the process from executing

Norton Antivirus 2012 has less features than Norton Internet Security 2012. The program benefits from faster performance and a streamlined interface just as its big brother but lacks many of the advanced features. The key features according to Norton are:

Keep in mind that both applications are beta versions which means that they may still have bugs or issues that need to be resolved. You should not install them on a productivity system.

Norton's decision to work on the performance and user interface will make the program more attractive. Sonar Policy Enforcement is in my opinion the biggest new feature in Internet Security 2012.

Have you tried either of the betas yet? What's your opinion?