The Apple slate/tablet makes a come back this week with a newly public Apple patent making its rounds around the Internet. Looks like Apple might include a stylus with their tablet after all. Appleâ€™s new, ginormous store at Broadway made headlines again after the some invite-only press people were given a preview.

This will certainly be of interest to the Newton Pad revivalists. A new patent filed by Apple in July 2009 has gone public. It improves on pen-based computer systems through an advanced ink-recognition application, which is the objective of the patent. Steve Jobs has been known to dislike digital styluses (or so he says) but even he has to recognize the fact that the pen is what gets art on paper and makes a lot of other things happen. Fingers can only type but they can hardly create artwork (except brilliant finger-painting of course). So will the tablet have a stylus and the rumored multi-point hand recognition (another Apple patent)? What do you think? The tablet rumors are officially on again! [read] 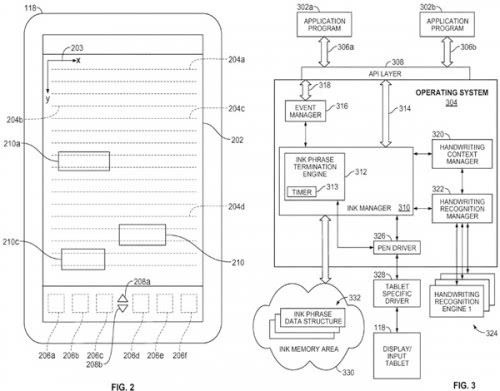 Looks like handheld makers are launching into a pre-emptive strike against Apple. We are suddenly seeing an influx of tablet devices that are trying to be like the rumored Apple slate/tablet.

Admittedly, the tablet concept is nothing new but this sudden rise in the number of such devices can at least partly be attributed to everyoneâ€™s fear of Apple doing to the tablet/ebook reader market what it did to the smartphone market.

I would really love that if it happens and I am quite sure it will. I will love it not because I am an Apple addict but because it will fuel innovation in the competition. Just like the iPhone pushed everyone to think along different lines.

Anyway, the device that got me saying all this is the Boeye MID 700 tablet. The styling is distinctly reminiscent of the iPhone but it is running on the Android. Best of both worlds? Not until they start producing it commercially and people get to use it. [read]

If you want to know what the new 67th Broadway store looks like, you can take a look at the pictures taken by various press folks at a recent preview. Apple opened the store for an invite-only press meet, public opening to happen today (Saturday). To sum up the experience in short â€“ it is BIG! To give you an idea of how big â€“ the walls are some 42 feet high! The vast expanse of the store is all stone and glass and the gadgets glow like life beacons. You just have to take a look at the pictures yourself. Gizmodo has pretty good ones. [read]

And if you want to read some interesting Apple Store data, Gizmodo has that too. [read]

Apple has Cash, A Lot Of It

Appleâ€™s cash reserve has come to the attention of the public again. In case you hadnâ€™t noticed, Apple has a LOT of cash. It is somewhere around $35 billion and no one really knows what apple intends to do with all that money. But knowing Steve and Apple, they will surely be doing spectacular things with it. When you have clarity of thought, vision and the power to execute that vision â€“ great things are bound to happen. [read]