Hot Today: The iSlate Strikes Back, Thanks To More Apple Tablet Rumors

It was getting really boring around here without the bountiful goodness of exciting new Apple Tablet rumors. And it would’ve remained that way if DigiTimes hadn’t come to the rescue. Their propensity for rumors is seriously admirable even if they aren’t always spot on. Now we have a new schedule for the tablet, a new version and new details to speculate on. I will stick to the leaked details on this post. The speculations can be handled later.

According to the rumor, Apple has pushed back the Tablet launch schedule from early 2010 to later. The original schedule, apparently, was around March 2010 and the new schedule is sometime in the 2nd half of 2010.

The reason behind the delay is cited as a last minute decision to use OLED screens. This new decision adds a bit more development time and hence the launch has been rescheduled. 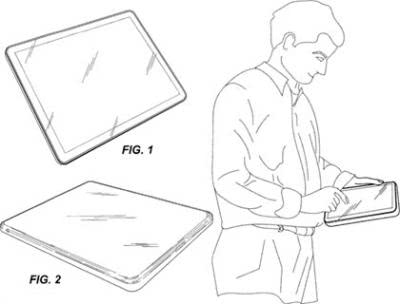 But OLED screens are expensive and according to certain estimates, the OLED version can cost around $2000 for the customer. The OLED screen is supposed to be around 9.7”, which is pretty big. There is a normal TFT LCD version in the works apparently, that will cost a more manageable sum of around $800-$1000. The LCD screen will be bigger too – around 10.6”.

There is another dimension to the rumor – OLED prices are expected to drop massively in the next year. So Apple is likely to wait till the prices come down so that the OLED version can retail at a lower price. And since this will need a data connection on the go – it will probably be sold by carriers who will subsidize it. So the price will become more manageable for the consumers.

The manufacturing partners have been identifies as Foxconn, Quanta and Pegatron. [read]

Article Name
Hot Today: The iSlate Strikes Back, Thanks To More Apple Tablet Rumors
Description
According to the rumor, Apple has pushed back the Tablet launch schedule from early 2010 to later (the second half of 2010 to be precise).
Author
Shailpik
Publisher
Ghacks Technology News
Logo