I have to admit that I was a Metallica fan back then in the times of Ride The Lightning and Master Of Puppets and denied their existence after their release of the Black Album. My denial was confirmed by their stance against file sharing and their fans which was full of blatant mistakes and an inability to understand what was going on.

It surprised me that they decided to offer 20 Metallica live albums from 1982-2003 for free on their website Live Metallica which is selling live albums from their recent concerts as mp3 and flac on the site as well. Well the 20 albums are free to download after registering on the website which just takes an email and password.

Don't expect the downloads to be that easy. They are offering a Java download manager or single downloads of the files. Single downloads mean that a user would have to right-click files about two hundreds times to download all of them. Most live albums have a playing time between 1:30 and 2 hours and mostly contain classic Metallica songs. All test downloads used a bitrate of 192 Kbit. A nice surprise for Metallica fans, past and present. 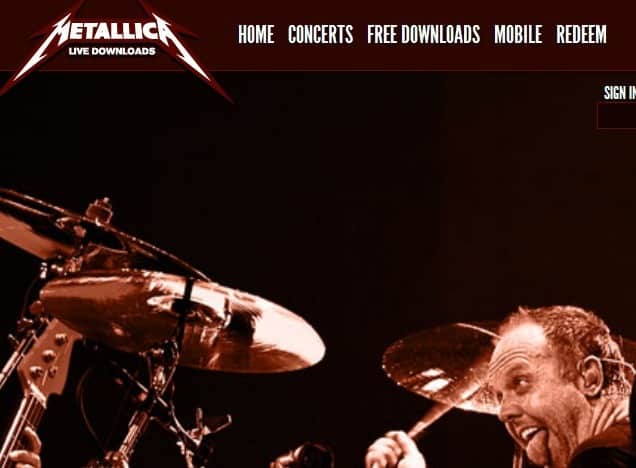 Update: Live Metallica is still around. It offers free and commercial downloads of live Metallica mp3s on its site. Note that you do need to create a free account first before you can download or purchase songs at the site. Once you do, you get access to an archive that dates back as early as 1982.

It is definitely an interesting website for Metallica fans, especially if you have been to one of the concerts listed there as you can now download and listen to the concert again anytime you want.

There are only a few recent concerts available for free download, while the majority of concerts are from the 80s.  So, if you like Metallica music, especially from the band's early albums, then you may find the site interesting for that.