One thing that most users would like to see in the next Microsoft operating system is an option to create bookmarks for folders. Opening a folder in Windows Explorer currently means to click your way through the parent folders until you reach it.

Shortcuts are a temporary solution but they are only accessible where they have been placed. Application Launchers could be a solution but most users would probably prefer a integrated Windows Explorer solution.

Update: Newer versions of Windows Explorer / File Explorer support the adding of favorites. You can add any folder to the favorites to display it in the sidebar of Explorer. This means that those folders are just a click away in Explorer, and that a program such as Folder Guide is not really required anymore on those systems. 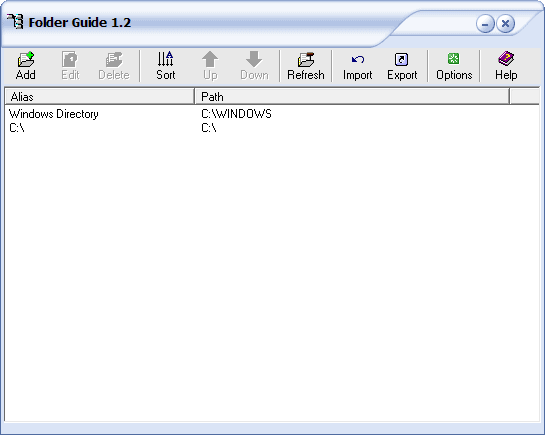 Folder Guide provides quick access to Windows folders that have been added to the software program. It acts pretty much like a new entry to the right-click context menu which becomes available on the Desktop, in Windows Explorer and Open/Save/Browse dialog windows.

The Windows folders that have been added that way can be opened with only two clicks no matter where they are located on the hard drive. One benefit of Folder Guide is that the application itself is only running during configuration of the Windows folders that are added to it. This means it does not add another icon to the system tray or use up valuable computer memory afterwards.

New Folders can also be added to the application by right-clicking the folder and selecting Add To Folder Guide from the menu. This makes it easy and comfortable to add all Windows Folders that are updated regularly to the software.

A similar program to add Windows Folders as favorites is Direct Folders which has been covered before at Ghacks.

Folder Guide is a handy program for Windows to quickly access important folders. While you can configure this in newer versions of Windows directly, Folder Guide adds the option to the right-click menu so that it is independent of the Explorer window.