Microsoft Powerpoint is one of the most popular tools for creating presentations. The only flaw, if you would call it that, is its linear approach.

Each slide has an exact position in the presentation which makes it problematic, but not impossible, to present different aspects of a topic or switch quickly between different parts of a presentation.

pptPlex is an Office Labs experiment that uses Plex technology to give you the power to zoom in and out of slide sections and move directly between slides that are not sequential in your presentation. 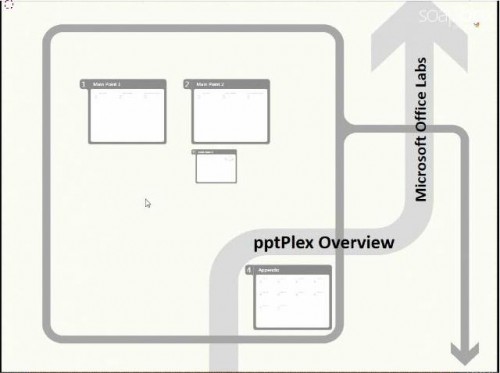 Microsoft pptPlex is a plugin for Microsoft Powerpoint coming right out of the Microsoft Office Labs.

What it does is the following: it offers an alternative way of presenting slides by offering a tour through a zoomable canvas instead of the default linear approach that PowerPoint presentations support by default.

Microsoft pptPlex currently works with Powerpoint 2007 or 2010 running on Windows XP, Windows Vista or Windows 7 officially. I tested the Office add-in on a Windows 10 Pro system with PowerPoint 2016 and it worked just fine on that system as well.

The official website offers several tutorial videos that explain the basic concepts of the Powerpoint plugin and are recommended to watch before installing the plugin. 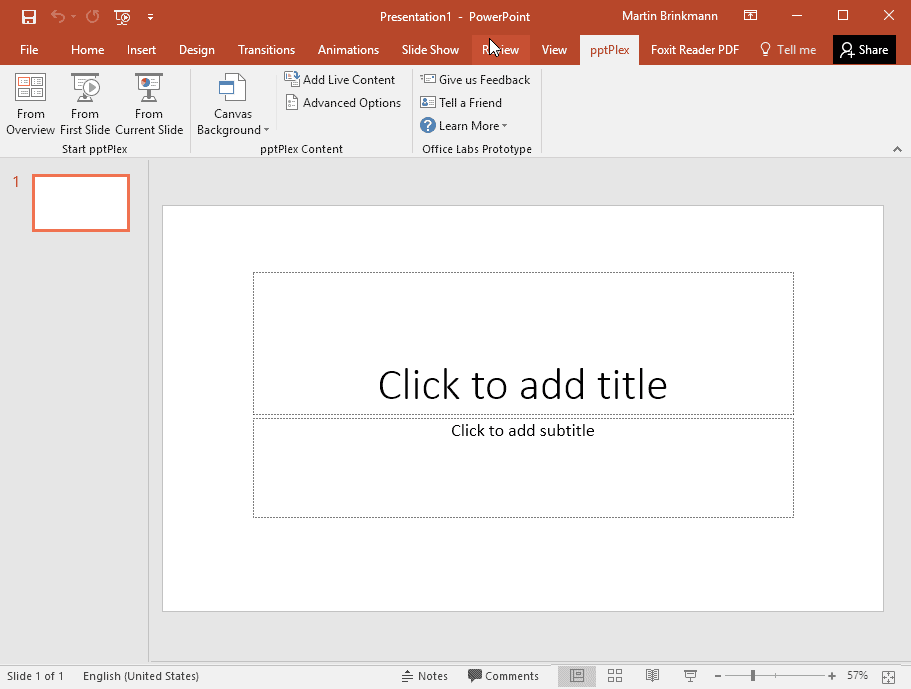 Installation is pretty straightforward. Just download and install pptPlex, open a new presentation in PowerPoint and click on the pptPlex tab at the top to display all pptPlex buttons.

A click on the Insert new Section button adds a new section and Canvas Background allows for background selection. Using pptPlex is not overly complicated but you may need to play around with the options that it provides for some time before you start to use it in presentations.

A click on advanced options displays options to change transition effects and other parameters: some were not enabled when I ran the test.

The developers suggest to make use of sections to group slides and use this to navigate between slides. There is also a Canvas Background menu item to add a background to a slide. These backgrounds display various navigational menus that you may fill with links to sections so that you may jump between those easily.

Microsoft's pptPlex plugin for PowerPoint works fine for the most part despite the fact that it was updated in 2011 for the last time. It may still be a useful asset if you want to create non-linear presentations.