Synaesthete is one of those trendy arena shooters that bombard the player with a splendid mixture of color and sound while keeping the game mechanism as simply as possible. The task of the player is to destroy all enemies in an level to be able to cross the bridge to the next level.

Destroying enemies is however not done by firing at them but by pressing keys to the rhythm of the music. This reminds me a little bit of Guitar Heroes without the guitar, that is. If the timing is good enough a stream of colorful light will seek the closest enemy. This has to be done until all enemies in that level are gone.

The excellent tutorial is a must. It explains the default controls of the game and all game mechanics. Enemies spawn for a certain time from so called spawn points which create a limited amount of enemies before they disappear. 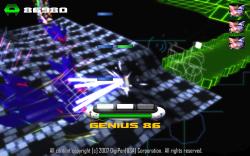 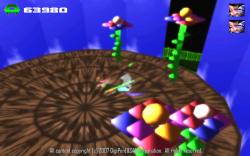 The player has access to some spells as a last resort which function as smart bombs in an area. At least the ones that I tried.

Synaesthete is an incredible game offerings lots of fun.

Update: You can download the game from the DigiPen university website. The author's website is over at Fishbeat where you can read more about the game and the developers other projects that you can try out as well.

You can also download the game soundtrack from the author's website if you like it a lot. The game has been created as a student project at the DigiPen Institute of Technology.

The player controls a small character (The Zaikman) on screen who dodges enemies and fires back with lasers; but to do so, the player must hit the note patterns they see on screen to the music. The interaction goes deeper, still. Destroying enemies unlocks new areas and visuals, which unlock new patterns and songs, changing the dynamic of combat. This symbiotic relationship of music, gameplay, and evolution is what gives Synaesthete its name.