I started my gaming "career" on an Atari 2600 system with stunning games like River Raid and Pitfall, bought a C-64 later, then an Amiga and finally a PC. If your history looks similar you've come across many unforgettable moments and games - that is why I'm going to post this retro game article.

Every game mentioned is free to download and play. I know that a top 10 is probably not enough because there are many great remakes out there but I had to limit my post somehow, therefore, it is only a top 10.

You may have - and probably will - have a different opinion about a top ten list and I encourage you to post links to games that you feel are missing from the list. Just post your top game list instead so that everyone benefits from it

Lets start with my top ten retro games for the PC list.

Last Ninja was one of the most successful games on the Commodore 64 winning many awards because of its stunning graphics, sound and unique gameplay. System 3, the developer of this masterpiece created three Last Ninja games all highly successful and ported to many systems including Atari ST, Amiga and MS Dos.

The Last Ninja is an action adventure game that features lots of fighting and puzzle solving, the remake comes with an editor to create your own levels. 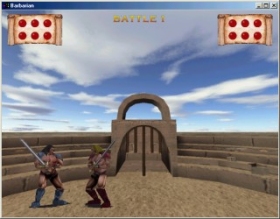 Barbarian, or Death Sword, was a brutal fighting game for the Commodore Amiga that created lots of controversy at that time. You always fight against another opponent in an arena until one of you lies on the floor and cannot fight anymore.

The finishing move created the controversy as they enabled you to decapitate the enemy barbarian. If you did that a gnome came out and kicked the head around and moved the body out of the screen.

Alien Breed was a top down shooter for the Commodore Amiga developed by Team 17. As you may have guessed the game is heavily inspired from the Alien movies. The best part about Alien Breed was the fantastic cooperative mode. I love playing cooperative games, love it more than anything else when playing games. Great game, enough said.

Supercars was such a great racing game on the Amiga created by Magnetic Fields. The game featured a top down view, various leagues, the ability to tune up your car with nifty gadgets,and to buy better faster cars which you needed later on in the leagues with better drivers. This part unfortunately had no multiplayer but the second version of Supercars had. Still, one of the best top down racing games ever. 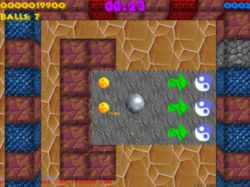 Rock n Roll was a highly addictive puzzle game on the Amiga. It features intense realtime game play, great artwork and music. The players task was to steer a ball through a maze to reach the exit into the next level. Sounds easy but is definitely tricky. 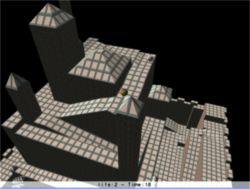 Players move a ball through a isometric level to reach the exit of the level. A time limit puts additional pressure on the player, as do the opponents that patrol the area. The most difficult part is to understand the physic aspect of the game, to get a feeling for the right time to accelerate and slow down the ball. 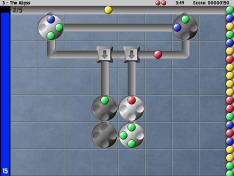 Logical was a great game that I enjoyed playing. All you had to do in this game was to fill each wheel with marbles of the same color. Wheels were connected and could be turned clockwise. In the later stages teleporters and switches added to the difficulty of the game. 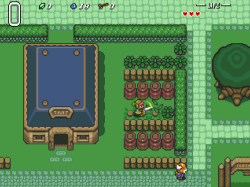 Everyone knows Zelda and the main character Link. Legend of Zelda is a top down action game with roleplaying elements. It was created by Shigeru Miyamoto who was also the creator of the Mario franchise. In this first game Link must navigate through eight dungeons to obtain the eight pieces of the Triforce of Wisdom along with other useful items, many of them necessary to complete his quest. 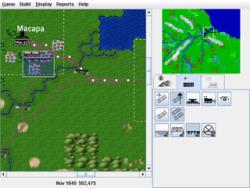 Sid Meier was a genius back then, he created one blockbuster after the other. Pirates, Gunship and Railroad Tycoon. The games setting is the period when railroads slowly took over transport and you are one entrepreneur who wants to make his fortune by building a railroad empire. To do this you connect cities, transport goods between cities, buy new railroads, expand your business in cities and buy and sell stock. Great game, back then and even now.

1. Into the Eagles Nest 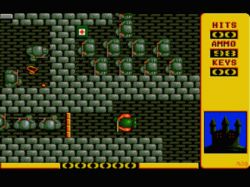 The game can be described as an enhanced gauntlet with a world war 2 setting. Your mission is to rescue three captured comrades from a Nazi fortress, grab as much gold and other treasures as you can, destroy the fortress and make sure to come home safely. The original game had eight levels and I'm not sure how many levels this remake has. It is still lots of fun to play, and that is what counts.