Apple have formerly unveiled the tech industry's worst kept secret, their next generation iPhone, as reported by Engadget.Â  The iPhone 4 was first leaked (i.e. lost) in a bar in California and has since been the subject of fraught discussion.

So what's new this time around?Â  Now there's a front-facing camera and the rear camera has an added LED flash.Â  The screen resolution has doubled to 960 x 640 which puts it ahead of the best HTC phones which have been sporting an 800 x 480 resolution for some time now.

The contrast of the screen has also been improved and it now sports an 800:1 ratio, should it should be brilliant. 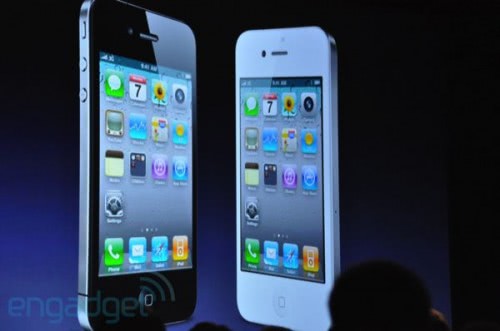 There's an A4 processor underneath, the same one that runs the iPad and the battery has been boosted, now offering 7 hours of talk time.Â  This is despite the case being 25% thinner than the iPhone 3GS.

Software-wise the applications will automatically get high resolution text, as part of iOS 4 (which is the company;s new name for the operating system).Â  Software developers will also be able to use a new in-built gyroscope that has a six-axis motion sensor and will, presumably, be used just for games.

Finally, as has been expected, Google has been ousted as the default provider of Internet search in favour of Microsoft's Bing search engine.