Google is expanding support Play Games for PC to 8 more Countries. The platform, which was announced nearly a year ago, was designed to allow Windows users to play Android games on their PC. 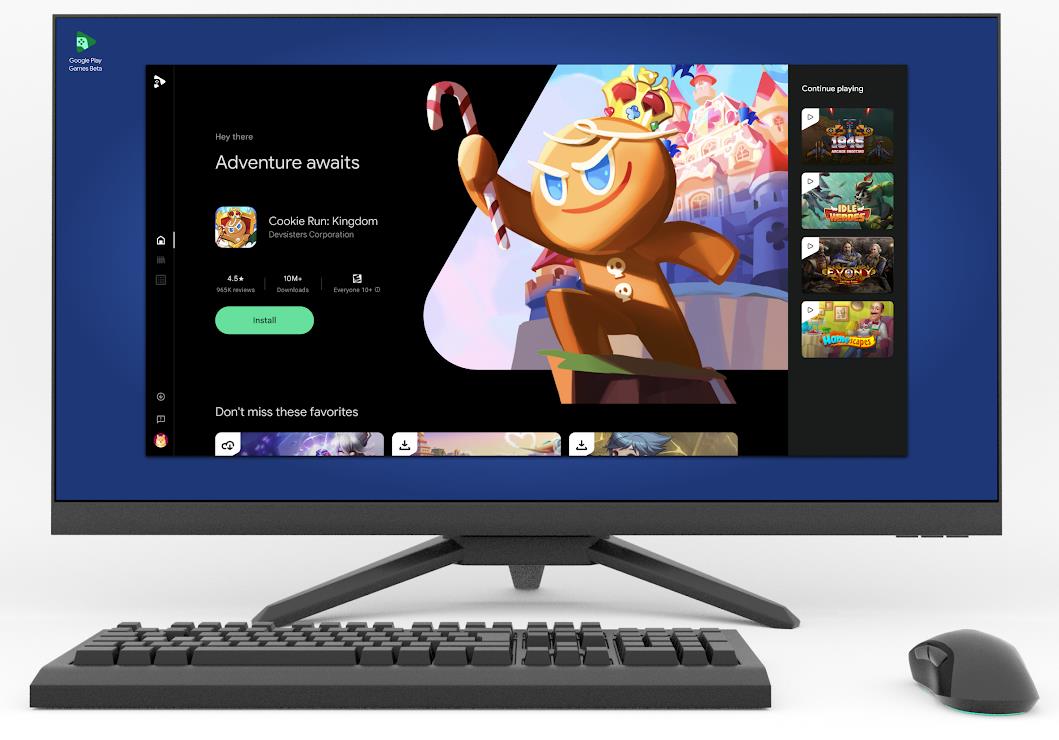 In August 2022, the Silicon Valley giant soft-launched the Beta for the service to users in Australia, Hong Kong, South Korea, Taiwan and Thailand. Today, Google Play Games for PC is available for users in the following regions: Canada, Brazil, Indonesia, Malaysia, Mexico, the Philippines, Singapore, and the U.S.

How to sign up for Google Play Games for PC (beta)

You can sign up to access the open beta for Google Play Games on PC at the official website. If you're in one of the Countries where the service is available, you will get an email with a link to download the desktop client. Install it on your PC, and you will be able to download and play the Android games on your Windows computer. The current catalog has over 40 games including Asphalt 9: Legends, Cookie Run, Horizon Chase to name a few. A user has posted a full list of the available games here.

Google has lowered the system requirements for its emulator. Here is what you will need to run it on your PC. 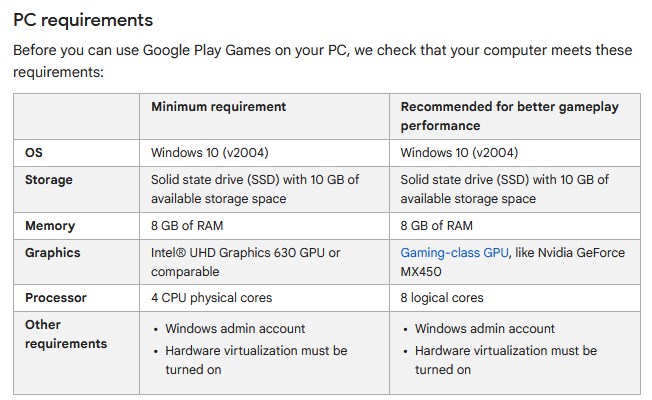 That's not too bad considering that when the platform launched earlier this year, it required a much more powerful computer with a Gaming Glass GPU, 20GB of storage space on an SSD, and an octa-core processor. The new system requirements are more sensible given that these are mobile games.

Google Play Games for PC runs on an emulator, I'm yet to test it, so I can't comment on the performance. Windows 11 supports WSA, which means you can install Android apps and games on your PC and play them. Why other with Google Play Games? There are a few factors that you should consider.  According to Google, the graphics are optimized for bigger screens. Unlike mobile games that you can sideload via WSA or the Amazon Appstore, the games on Google Play Games have been designed to support mouse and keyboard input, which should theoretically be easier to use than a version intended to run on touchscreen devices. While WSA requires Windows 11, Google's app supports Windows 10.

The games sync across your devices, through your Google Account. So, you could play a game on your PC, and pick it up where you left off on your phone (or Chrome OS), or vice versa. You can earn Google Play Points when you buy something with Google Play Games, including in-app items and subscriptions. These points can be redeemed via PC or your phone. The desktop client downloads the games, and installs them on your PC, so it doesn't stream them. Interestingly, per the documentation on Google's Dev portal, the games won't have ads on PCs.

Early user reviews aren't very impressive, people say that games have lags, and some games run in a mobile-screen sized window instead of full screen mode. I have also come across reports that say it doesn't work on AMD computers. The app is not available for Linux and macOS yet.

Have you tried Google Play Games on your PC?