How to deal with Google's and YouTube's aggressive popups (before you continue, sign in) - gHacks Tech News
ghacks.net

You need to click on "I agree" on Google's site or "no thanks" on YouTube to get rid of these popups and start using the sites.

Problem is: if you clear cookies regularly, you will get these prompts again. It can be quite annoying to deal with these popups each time, e.g. to inform YouTube for the hundredth time that you don't want to sign-in to the site. 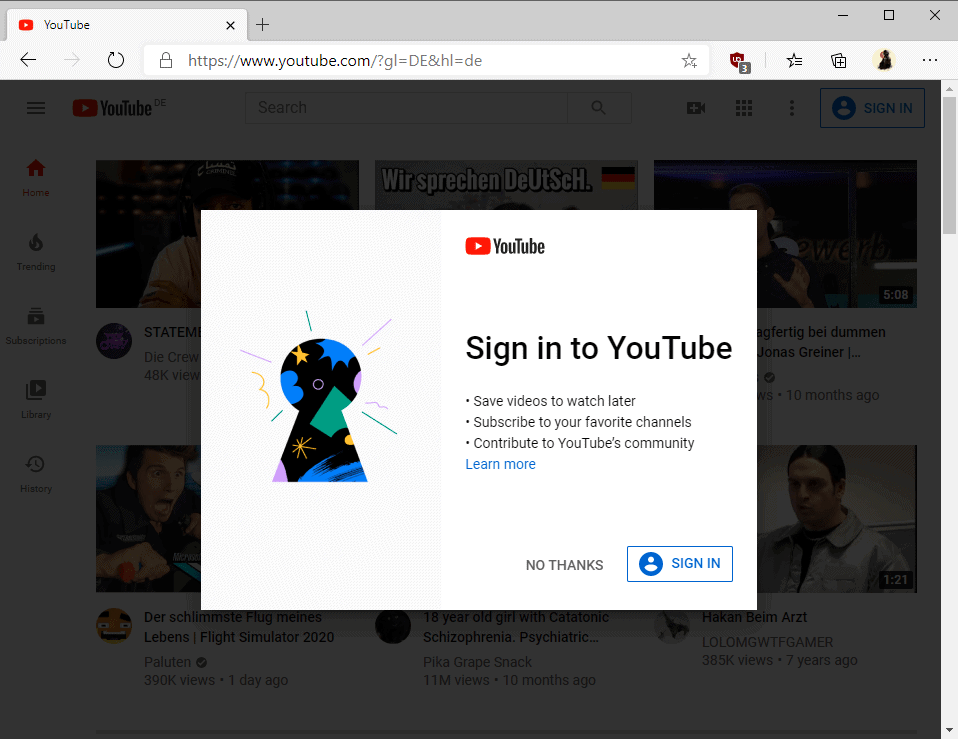 You have a handful of options at your disposal to deal with this. One of the easier ones is to use a different search engine and site, without losing access to Google search results or YouTube videos.

You could use Startpage Search, as it is powered by Google's results, and for YouTube, you could use an Invidious mirror site, a desktop program like SMPlayer, or an app like NewPipe.

If you prefer to use the original sites, you could block the popups that Google displays on its main site and on YouTube instead.

For that, you need to use a content blocker such as uBlock Origin; it should work with others as well as the syntax is used by many.

Tip: We reviewed PopUpOff recently, a browser extension for Chrome and other Chromium-based browsers, that deals with the overlay on Google and YouTube sites. Add the following lines to the My filters tab of the uBlock Origin settings:

The first blocks the actual popup, the second a fullscreen overlay that YouTube displays once you block the popup.

YouTube won't display the popup anymore after you add these options. Note that you need to reload the pages, and that there is a downside to using these as all videos will pause a moment after they have started. You can hit the play button to start playback anew though and watch the videos like you normally do.

Note: if you notice issues with the first, some users reported that search stops working, you may want to try the following lines instead:

To block Google's "Before you continue" popup 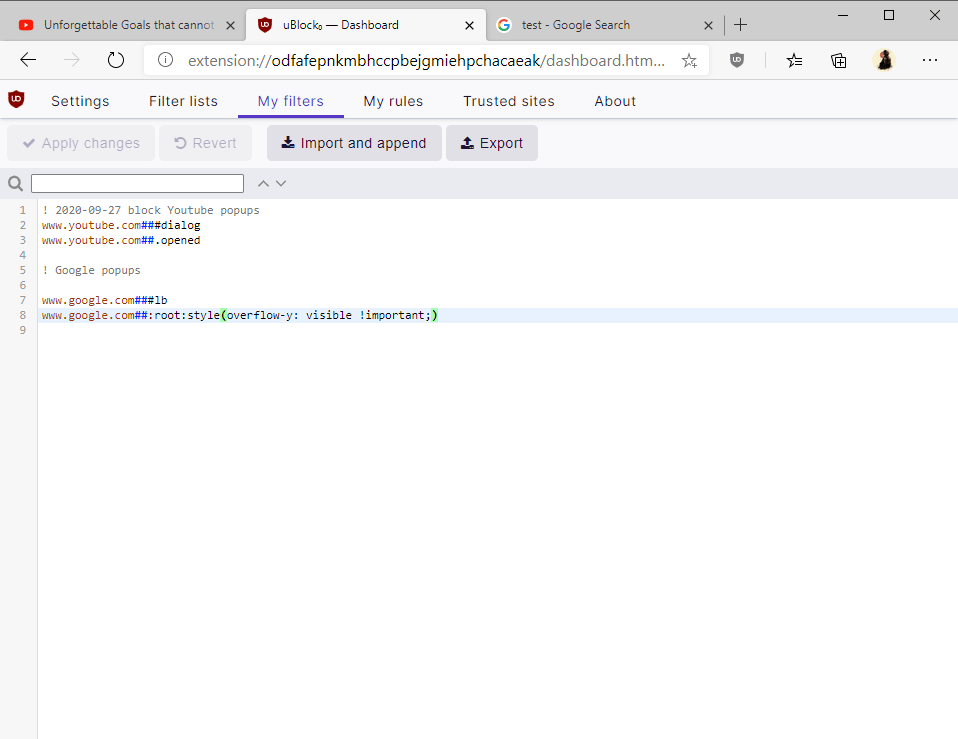 To block Google's before you continue popup on the main Google site add the following lines to uBlock Origin's My filter tab:

This one breaks the "more" link on Google's search results page but search functionality itself is working fine.

Now you:  Use a different method? Feel free to share it in the comments below.

Martin Brinkmann is a journalist from Germany who founded Ghacks Technology News Back in 2005. He is passionate about all things tech and knows the Internet and computers like the back of his hand. You can follow Martin on Facebook or Twitter
View all posts by Martin Brinkmann →
Previous Post: « Google and Mozilla to extend search deal according to reports
Next Post: