All major browser makers plan to remove Flash support from their browsers in 2020. Adobe announced the deprecation of Adobe Flash in 2017 and companies like Google, Microsoft or Mozilla revealed plans to end support for the technology in their browsers. Adobe Flash won't receive security updates anymore from 2021 on.

Firefox uses a plugin system to integrate Adobe Flash, that is installed on the system, into the web browser. Google Chrome and other Chromium-based browsers ship with a native Flash integration instead.

The current state of Flash in Firefox is the following: Flash is disabled by default in Firefox but users may activate Flash on individual sites if they require it. Flash is the only NPAPI plugin that Firefox still supports; support for other NPAPI-based plugins such as Microsoft Silverlight was dropped in Firefox 52 which Mozilla released in 2017. 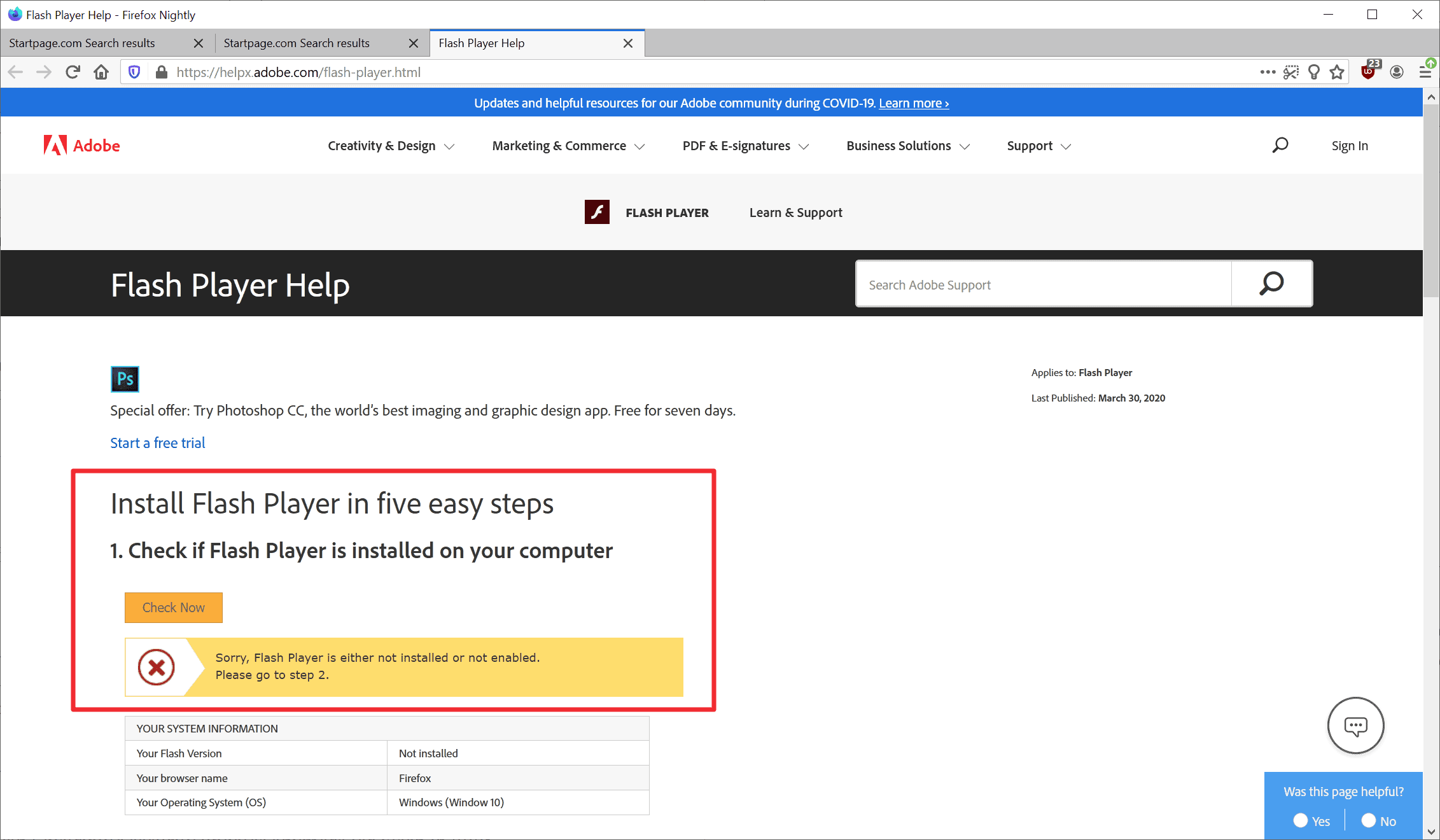 Firefox users may disable Flash in the browser already or remove Flash from the system entirely as this will also remove Flash support in Firefox.

Here is the remaining schedule:

Mozilla plans to remove Flash support in Firefox 84 but there is a chance that these plans may change. It seems unlikely, considering that Adobe won't distribute security updates anymore for Flash in 2021.

Google plans to remove Flash support from Chromium in January 2021 with the release of Chrome 88. The change will affect other Chromium-based web browsers as well.

Most of the Web has moved on already but there are still sites out there that use Flash. Some may cease to work once Flash is no longer support or updated, others may be updated eventually to newer technologies.

Now You: Any site that you visit regularly that still uses Flash? (via Sören Hentzschel)

Martin Brinkmann is a journalist from Germany who founded Ghacks Technology News Back in 2005. He is passionate about all things tech and knows the Internet and computers like the back of his hand. You can follow Martin on Facebook or Twitter
View all posts by Martin Brinkmann →
Previous Post: « Mac OS 10.9-10.11 Firefox users will be migrated to Firefox ESR 78
Next Post: Firefox 77 won't truncate text exceeding max length to address password pasting issues »