Here is what is new and changed in Firefox 76.0 - gHacks Tech News
ghacks.net

Here is what is new and changed in Firefox 76.0

Firefox 76.0 is the latest stable version of Mozilla's Firefox web browser. The release date of the web browser is May 5, 2020. Previous Firefox Stable releases, including Firefox 75.0, will be upgraded to the new version automatically on systems with automatic updates.

All Firefox channels are upgraded to new versions at the same time. Firefox Beta and Developer versions of Firefox are moved to 77.0, Firefox Nightly jumps to 78.0, and Firefox ESR is upgraded to 68.8.

Firefox for Android, the soon to be replaced version of Firefox for the mobile operating system, follows the Firefox ESR versioning and is also upgraded to 68.8. 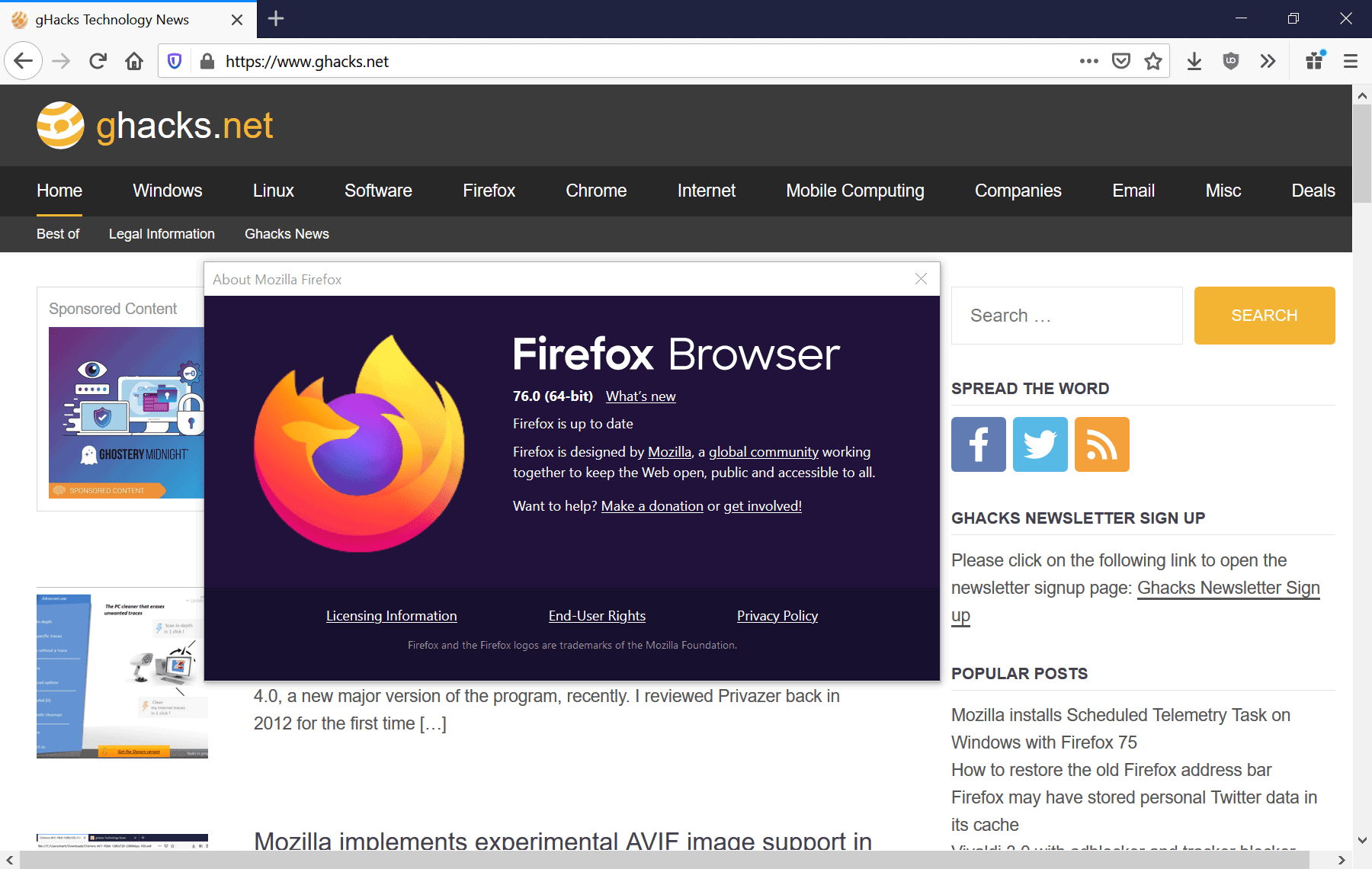 Mozilla will release Firefox 76.0 officially on May 5, 2020. Note that the new release may not yet be available at the time of publication.

Firefox 76.0 will be available via the web browser's automatic updating functionality as well as direct downloads. You may select Menu > Help > About Firefox to run a check for updates.

The following pages list direct downloads for supported Firefox channels (will be available later on May 5, 2020) 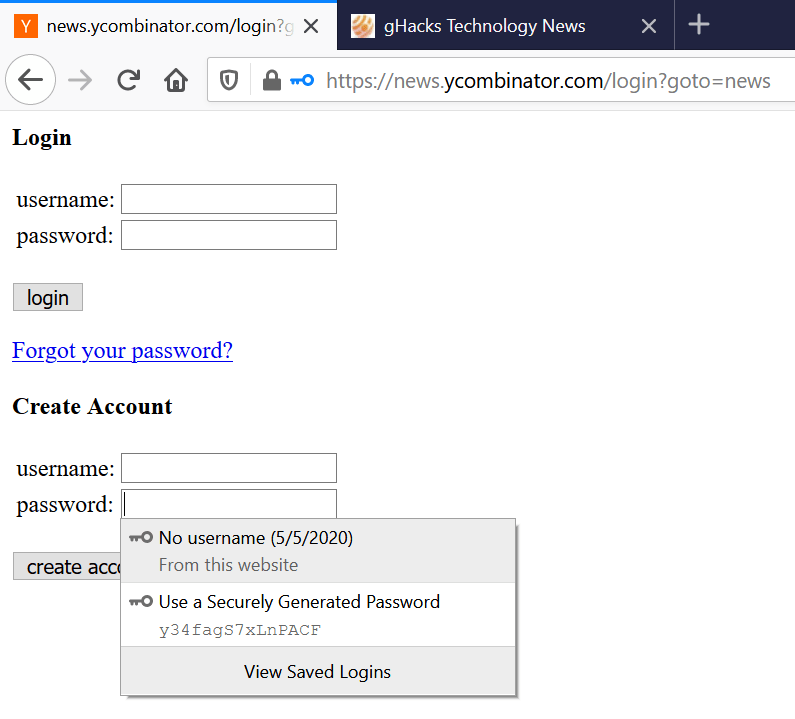 Mozilla improved the built-in password manager of the Firefox web browser in several ways in Firefox 76.0.

Security updates are revealed after the official release of the web browser. You find the information published here.