Vivaldi Technologies released Vivaldi 3.0, a new major version of the Vivaldi browser for all supported desktop operating systems, as well as the first stable version of Vivaldi for Android, today.

Vivaldi 3.0 is a major release that introduces native support for ad-blocking and tracker-blocking in the browser as well as other features. The mobile browser gets the blocking functionality as well in the first stable release.

Vivaldi 3.0 for the desktop 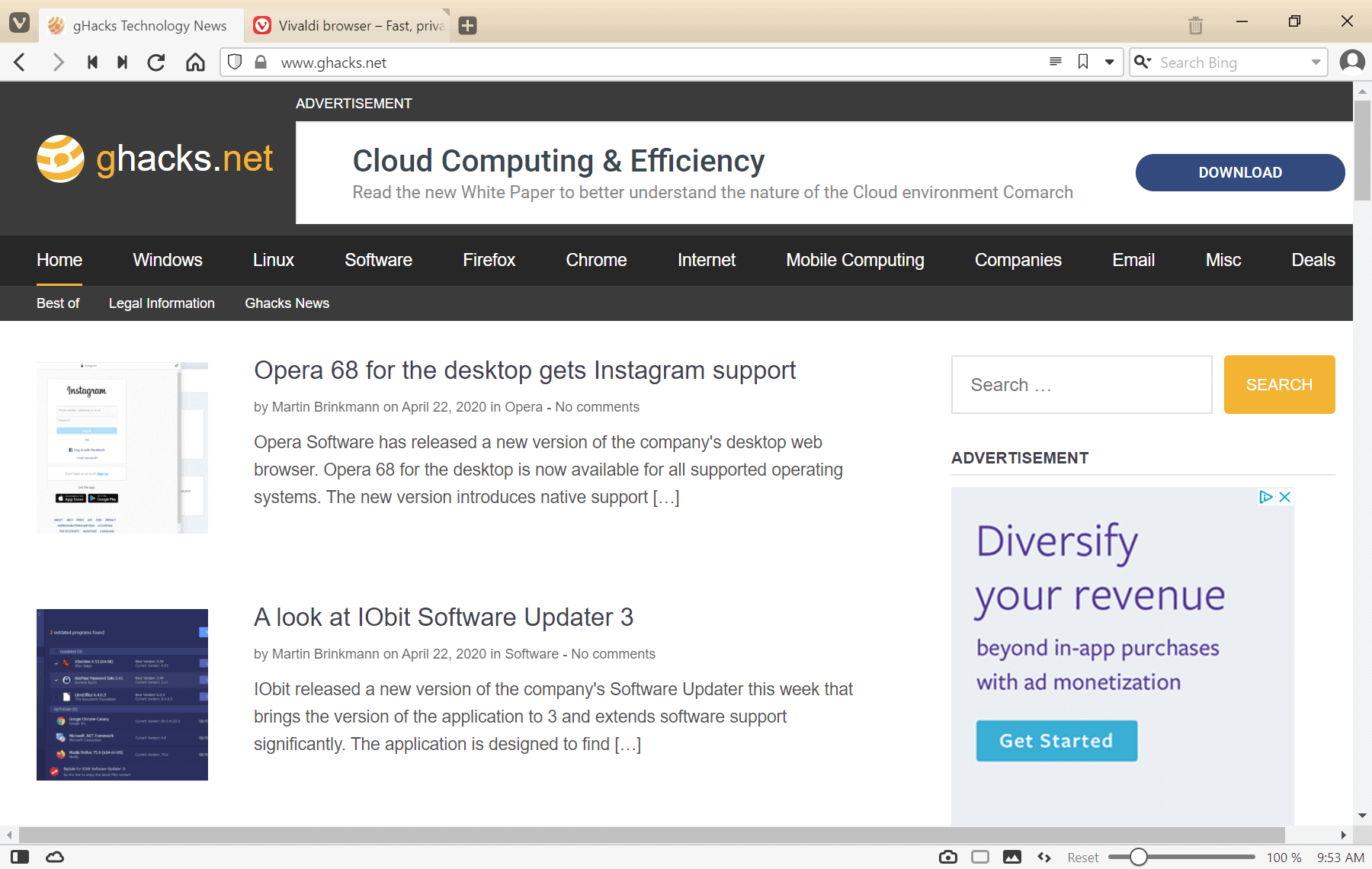 Vivaldi 3.0 includes a built-in tracker and adblocker. The tracker blocker is powered by DuckDuckGo's Tracker Radar blocklist that blocks known trackers when it is enabled. 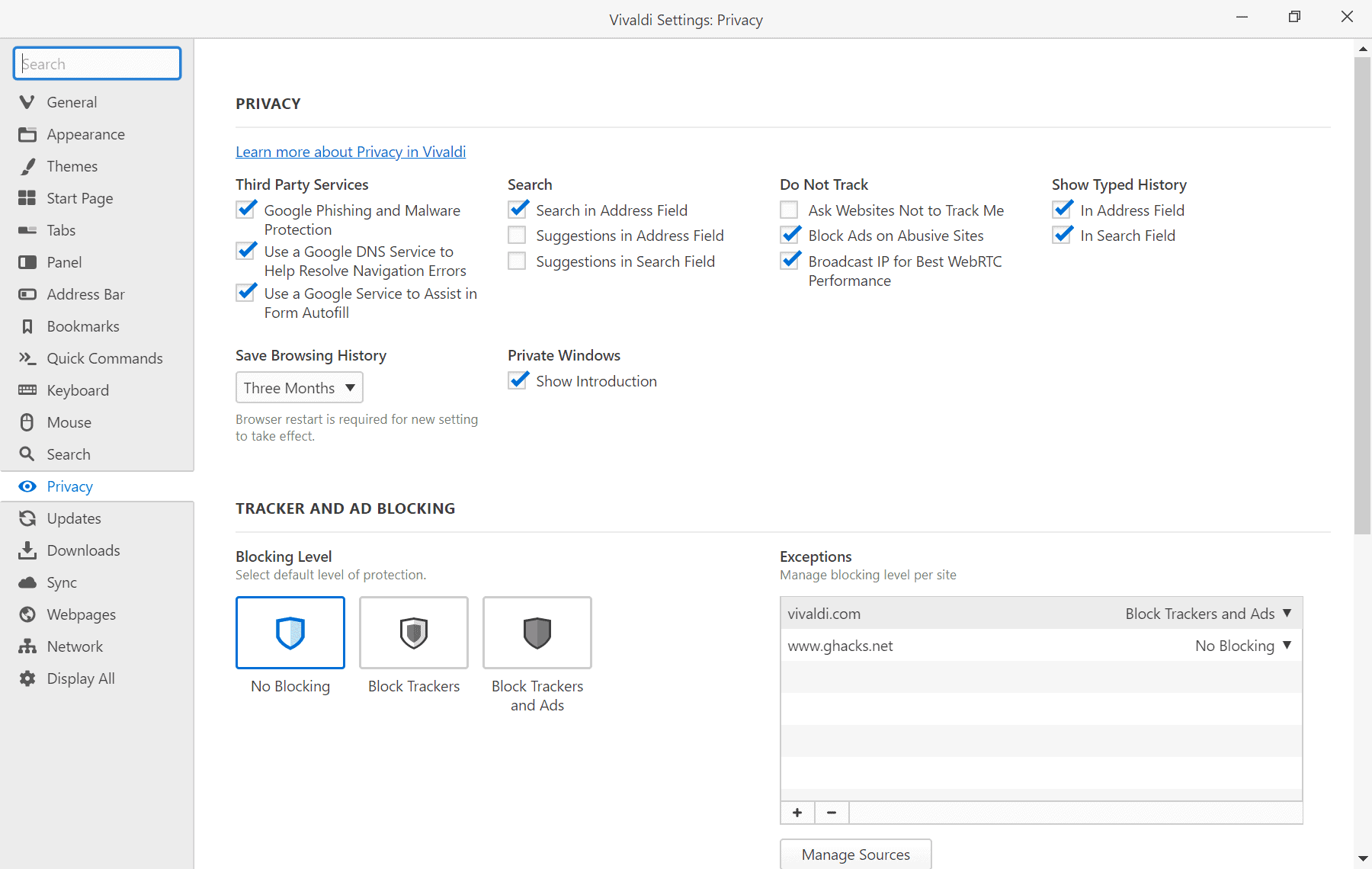 Exceptions can be managed under Privacy in the Settings. There it is also possible to add sites to the list of exceptions, and to manage the lists that the Vivaldi browser uses for the blocking functionality.

Tracker Blocking uses DuckDuckGo's blocklist by default. The EasyPrivacy list may be used as well, and there is an option to add other lists that use the Adblock filter format.

Adblocking uses the EasyList by default but there are options to enable more lists that are integrated natively and to add custom lists. 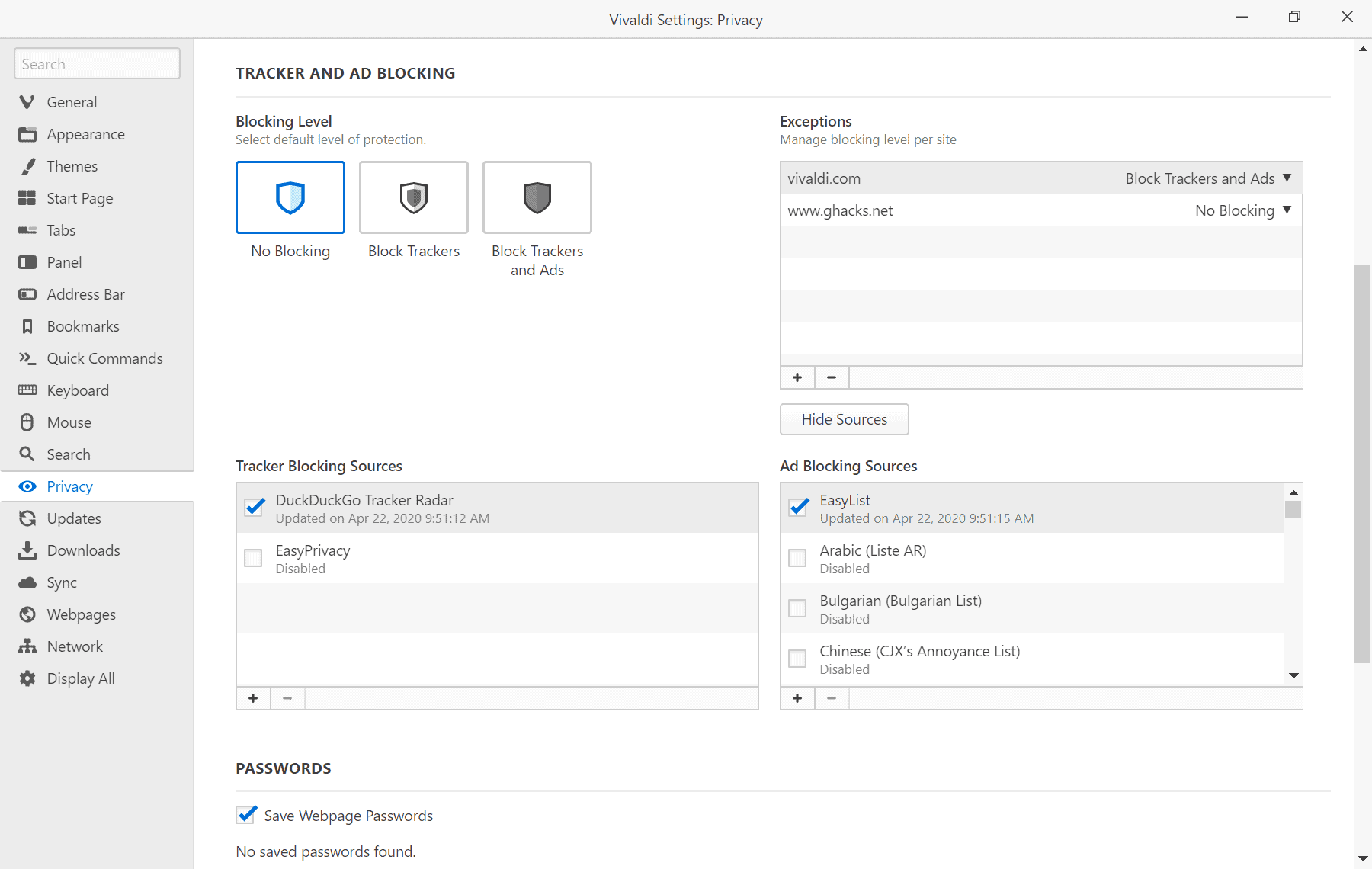 Vivaldi users may control the blocking functionality in the frontend as well. A click on the Shield icon displays the blocking status of the active webpage; options to switch it to another status are provided right then and there.

Another new feature in Vivaldi 3.0 for the desktop is the addition of a clock in the Status Bar of the browser (Vivaldi is one of the few browsers that supports a Status Bar).

Vivaldi's Spatial Navigation support has been improved in the new version. Users may hold down the Shift key to navigate faster through links on the activate website.

Last but not least, it is now possible to disable Pop-Out video or use a slider to jump to specific positions directly. 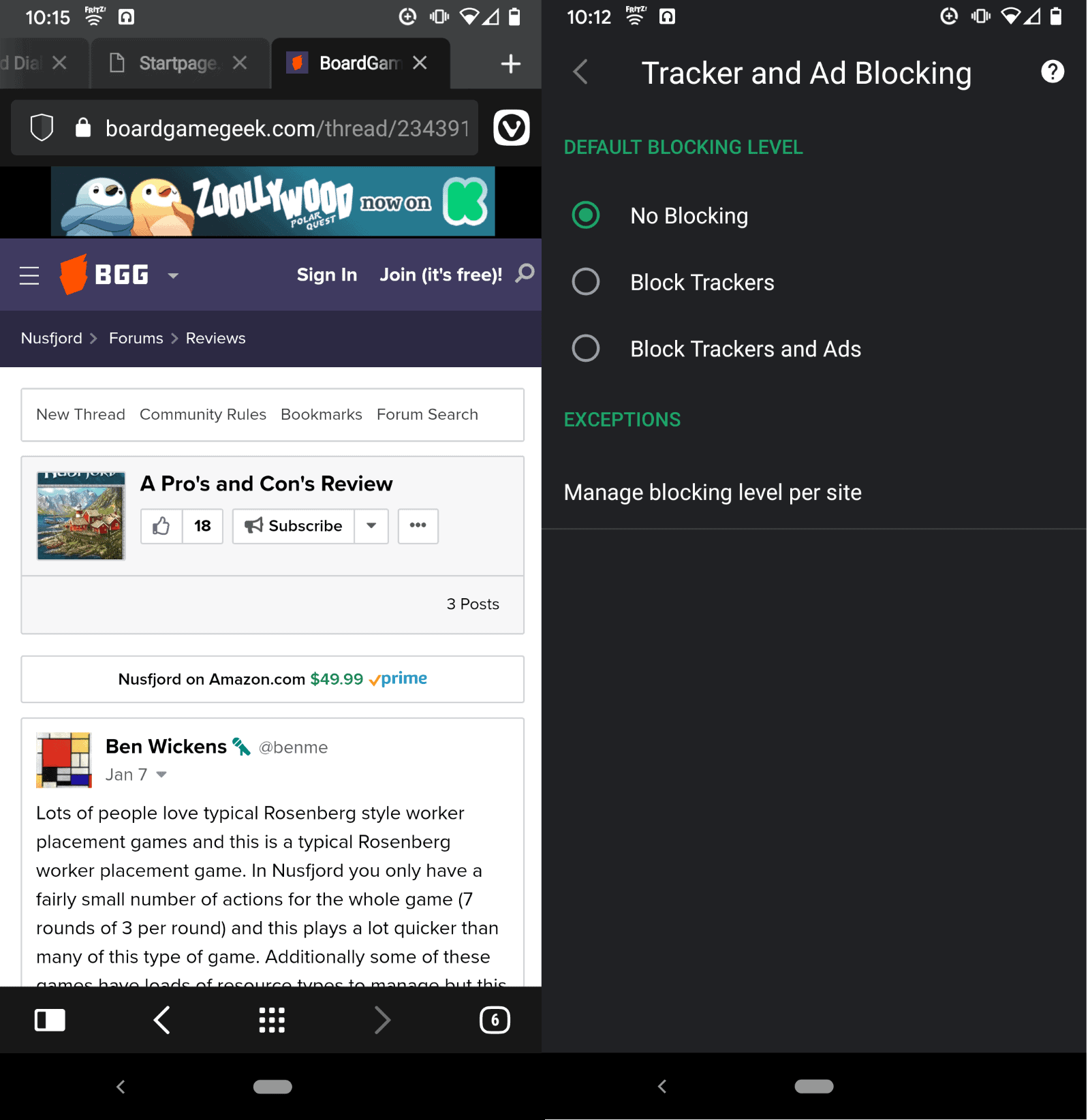 The first stable version of Vivaldi for Android supports the same tracker-blocking and ad-blocking functionality as the desktop version. The introduction is an even bigger step here. Desktop users may install and use blocker extensions, mobile users cannot use extensions.

Another major feature that Vivaldi for Android supports is a tab bar that it displays at the top. The same tab bar is available on all major desktop browsers but it is rare, maybe even unique, to find it supported by a mobile browser.

Vivaldi users may disable the tab bar if they don't need it to free up some space for the display of sites.

Vivaldi 3.0 for the desktop and Vivaldi Stable for Android are major new versions of the browser. The inclusion of blocking functionality on both devices and tabbed browsing support on Android are the major features in these versions.

Now You: What is your take on these changes?