Microsoft released the cumulative update KB4482887 for Windows 10 version 1809 yesterday. The update brings the build of that particular version of Windows 10 to 17763.348.

Microsoft appears to test updates for the latest version of Windows 10 in the Release Preview ring before it pushes them out using Windows Update and other means. The practice delays the release of the update; all other supported versions of Windows 10 received updates in mid-February 2019 already.

KB4482887 is available on Windows Update already; devices configured to download and install updates automatically will pick up the update eventually. You may run a manual check for updates to speed up the process, or download the new cumulative update for Windows 10 from the Microsoft Download Catalog site instead. 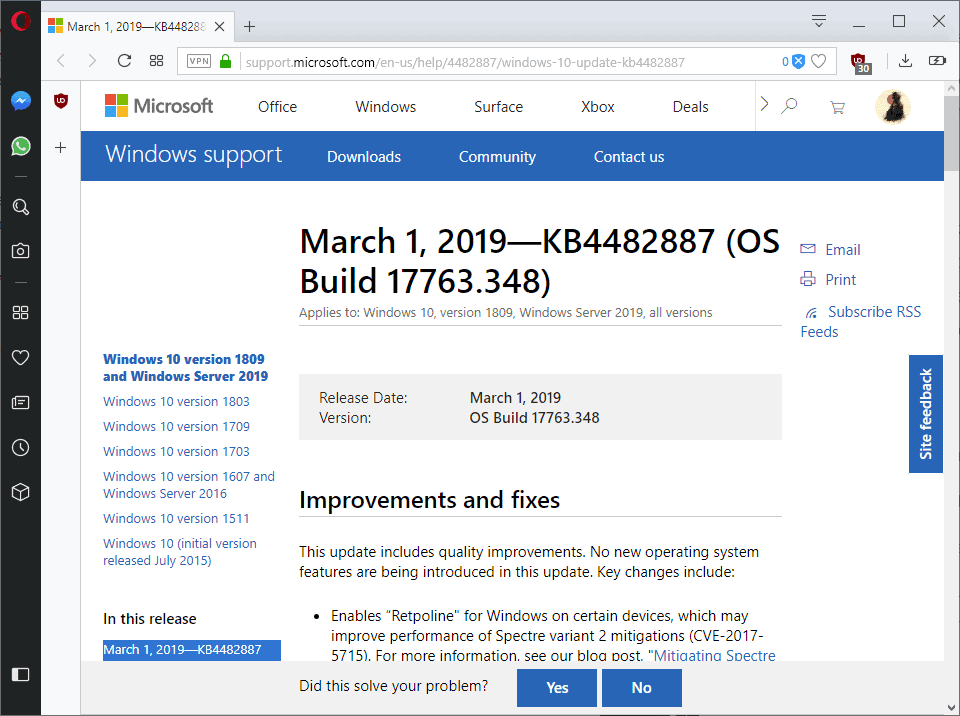 The update is a bug fix update only (Microsoft calls it an update that improves the quality of the operating system). It includes no new features and no security fixes.

Lots of fixes in the update. Did you update your system recently? What's your take on update quality right now?

Previous Post: « Windows 10 Update Study: too complex and not enough control
Next Post: How to block the automatic cleaning of Windows 10's Thumbnail Cache »