Most full-length movies on the site seem to have been uploaded by users of the site and not rights holders on the other hand, and they are removed regularly because of that. 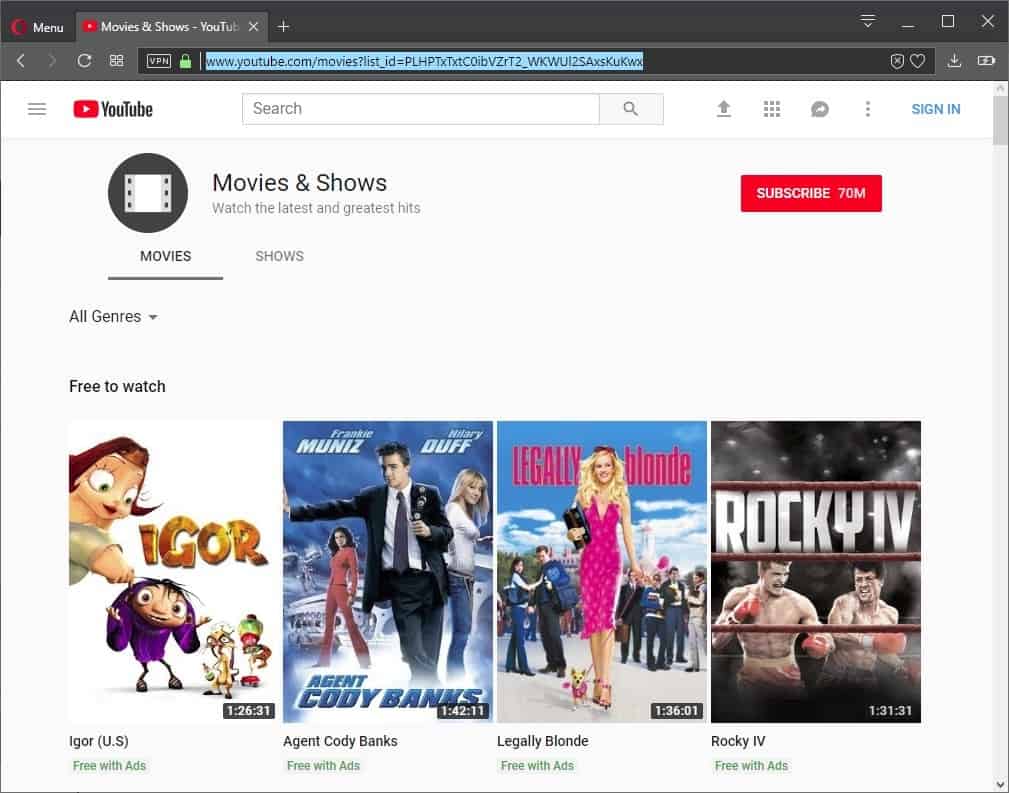 The movies include popular titles such as Rocky I to V, the Terminator, Four Weddings and a Funeral, or Hackers, but also titles that you may have never heard about, e.g. Dino King, Main Street, or Memories of the Sword.

Just click on any of the movies to play it on YouTube if you are from the United States; if you are not, you get a notification that the video is not available in your region.

YouTube displays video ads regularly while the movie is playing similarly to how that is handled on TV. Rocky IV, for example, had nine one-clip advertisement breaks, Zookeper eight of them and one in the beginning. Some of these ads cannot be skipped after five seconds either.

You can change playback quality up to 1080p and get the same level of control over playback that you get for free videos on the site.

Adage had a chance to talk with Rohit Dhawan, director of product management at YouTube about the new feature on the site; it seems that it is a test to see if premium content can be offered for free on the site.

Dhawan told Adage that YouTube would expand the selection going forward and that there is opportunity for advertisers to "sponsor individual movies".

The current selection of movies on YouTube is limited; while you find some classics on the list, the vast majority of movies are not. It remains to be seen how well the new feature is received by users from the United States.

Most of the movies that are available for free are relatively old and many may have seen the few classics already on TV, media, or other streaming services.

Now You: Your take on ad-supported blockbuster movies on YouTube?

Article Name
YouTube now with free ad-supported blockbuster movies
Description
YouTube users from the United States, and those using a VPN, have access to about 100 blockbuster films that they may watch on YouTube for free.
Author
Martin Brinkmann
Publisher
Ghacks Technology News
Logo