Amazon Prime customers or Amazon Prime Video customers can link the account to a Twitch account to get Twitch Prime benefits. These benefits include access to free games and in-game content, channel subscriptions, more chat options, and longer broadcast storage.

Benefits included ad-free viewing on Twitch as well but that is going to change according to a new blog post on the official site. 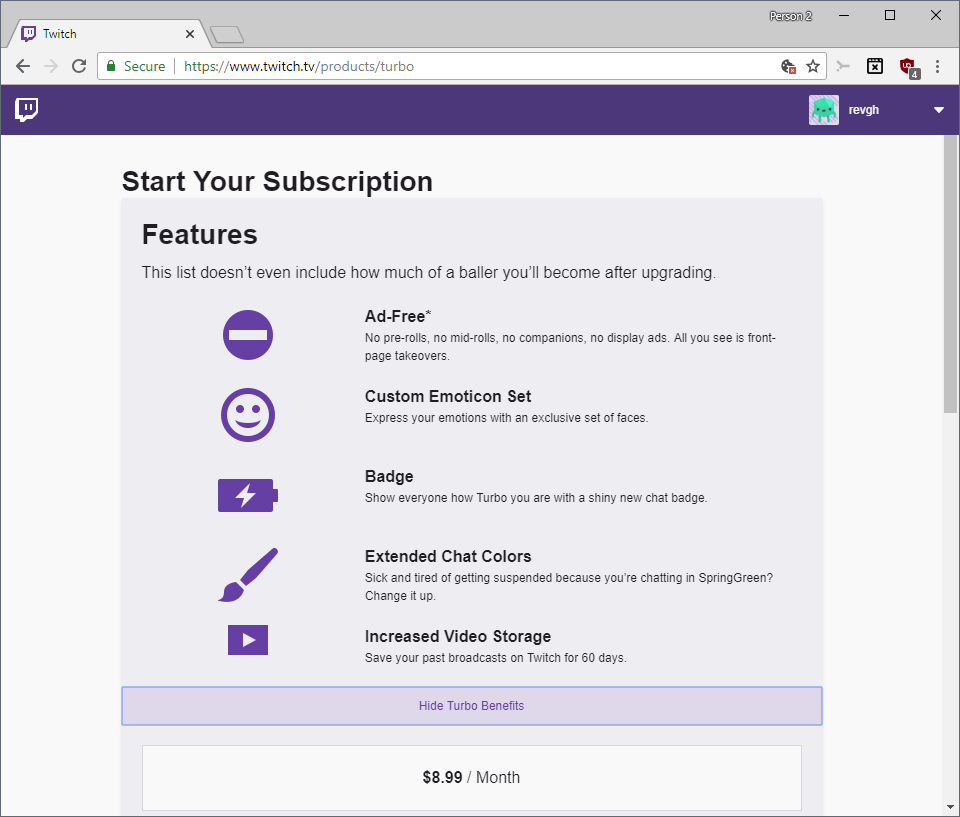 Twitch Turbo is available for $8.99 per month. Subscribers get similar benefits as Twitch Prime customers get plus ad-free viewing and priority customer support.

Twitch Turbo appears to be a separate offer which means that you don't need to be a Twitch Prime subscriber to sign-up for Twitch Turbo. Some benefits are identical or nearly identical, some are exclusive. If you are interested in free game content you need to be a Twitch Prime subscriber. If you want to access an ad-free Twitch or want priority customer support, Twitch Turbo is the option that you may want to consider.

Twitch revealed why it made the decision to make the change:

Advertising is an important source of support for the creators who make Twitch possible. This change will strengthen and expand that advertising opportunity for creators so they can get more support from their viewers for doing what they love.

In other words: the number of Twitch Prime subscribers affected the revenue of content creators and Twitch so that the company needed to do something about it.

It remains to be seen how successful Twitch Turbo will become and how enabling ads for all but Twitch Turbo subscribers will impact user retention and numbers.

Now You: Do you use Twitch?