Mozilla plans to push the built-in Tracking Protection feature of the organization's Firefox web browser in the coming releases.

Firefox will display Tracking Protection options in the browser's user interface more prominently, and Mozilla plans to rename the feature to Smart Blocking eventually as it will block other potentially unwanted content in the future as well.

It took until Firefox 57 to extend Tracking Protection to all browsing and not private browsing sessions. 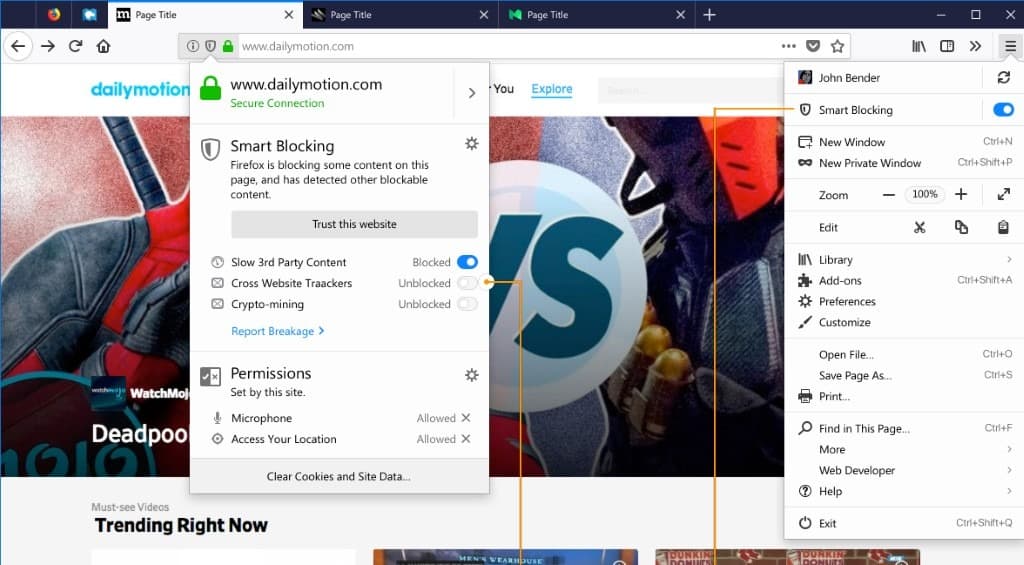 Firefox users can enable Tracking Protection under Privacy & Security on the browser's options page currently. An option to switch from the private-windows exclusive mode to always is provided, and as are options to add exceptions and change blocklists.

The organization revealed recently that it plans to add more protective features to Tracking protection, namely crypto-mining and fingerprinting protections. Since some of the new blocking options have nothing to do with tracking, it was clear that the feature needed to be renamed to reflect the functionality increase.

The final stage of the rollout displays Smart Blocking controls when users click on the shield icon that Firefox displays if content is blocked. There users may enable or disable protections individually and report site breakage to Mozilla. Some sites may break if you access them with Smart Blocking enabled; you can report breakage to Mozilla and select which issue you experienced, loading issues, missing content, malfunctioning, or other, that you experienced.

Users may "trust the site" as well using the menu to add it to the whitelist.

Mozilla seems to be inclined to push Tracking Protection in Firefox finally. I still think that Mozilla lost a big chance back in 2015 when it did not make the protective feature a major component of the browser. Considering that Tracking Protection speed up the loading of web pages by up to 44%, it would have given Firefox a much needed boost in its fight against Chrome's dominance on the desktop.

The improved Smart Blocking feature is a welcome feature nevertheless.  Check out this bug for additional information.

Now You: Will you use Tracking Protection / Smart Blocking? If so, on its own, or with other content blockers?