Firefox Notes get a big update with multi-note support

Remember Firefox Notes? Mozilla launched Firefox Notes as a Test Pilot project back in mid 2016 along with the Voice Fill and Send experiments.

Test Pilot projects are designed to give Mozilla important data on new features that might find their way into the Firefox web browser in the future.

Firefox users can install Test Pilot extensions to use the functionality but when they do, they accept that data about the experiment is submitted to Mozilla for evaluation.

Firefox Notes is not the first attempt at introducing note taking functionality in web browsers. Sticky Notes was a browser extension for Firefox which we reviewed in 2014 which is still available today, and Chrome users had access to another note taking extension called Sticky Notes since 2010.

Vivaldi supported note taking when it was released in 2016 and supports it up to this day. 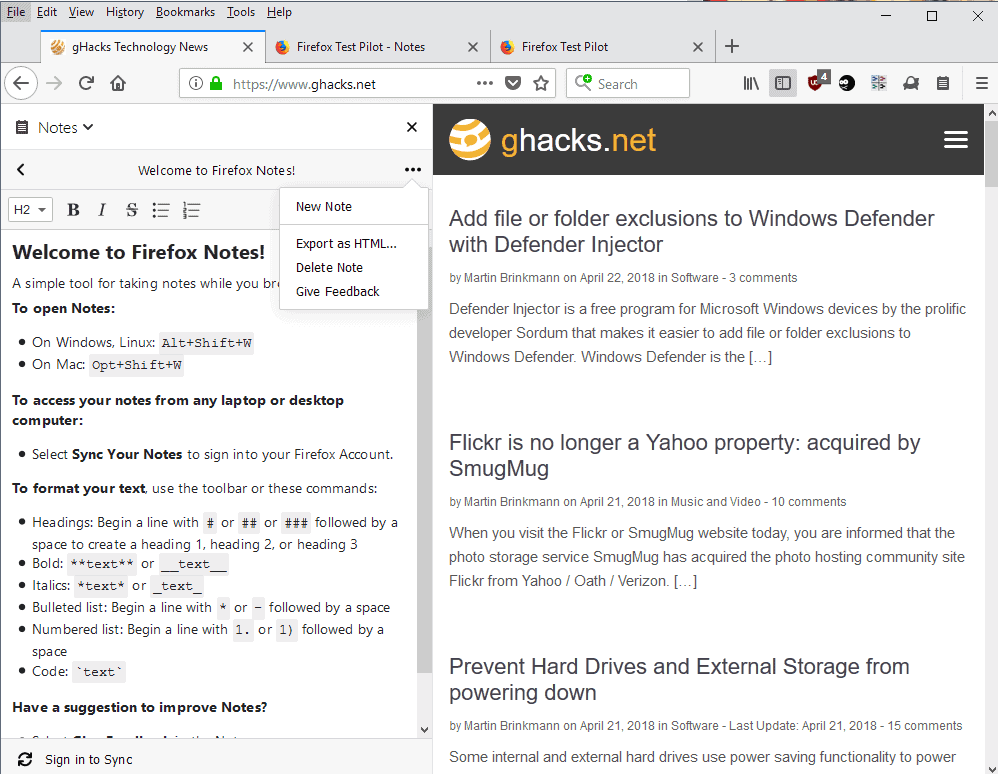 The Firefox Notes team improved the functionality significantly over time; the most recent version of Firefox Notes added the option to create multiple notes which was a much requested feature.

Just click on the menu icon after using Alt-Shift-W or Opt-Shift-W (Mac) to display the Notes sidebar, and select New Note from the menu that opens. 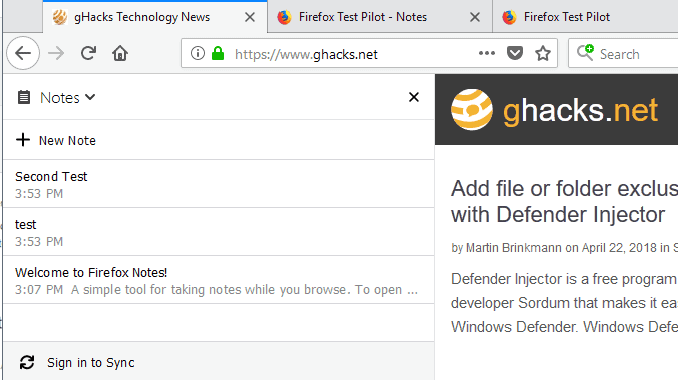 You can edit any note and use supported formatting options such as bold, list views or headings as you see fit.

Another (relatively) new feature of Firefox Notes is the option to export a note as a HTML file. Click on menu and select "Export as HTML" to do so. Firefox asks you to select a folder on the local system to save the note to.

You may open the exported HTML file at any time in Firefox or any other browser as it is browser-independent.

It is unclear whether Notes will make it into Firefox, or if Mozilla will end the experiment without launching a native notes taking feature. I think that Notes should at least match Vivaldi's note taking capabilities; this means search support to find text in notes among other things.

Now You: would you use note taking if it would be a native feature?