Linux Mint 18.3 “Sylvia” is the latest iteration of the hugely popular distribution, featuring a few different desktop environments. I've really grown to enjoy the Cinnamon environment, regardless of what distro I'm using at the time, but obviously when using it within Linux Mint, you're getting the intended experience since Cinnamon was made for Mint.

That said, Cinnamon is the most popularly used environment, so this quick tutorial is based around that, but its pretty easily translatable to the other environments as well!

So, you've installed Mint. You've gone to your favourite websites, and you've clicked around the filesystem. Great, but now you need more stuff! Begin by clicking the Menu button located by default in the bottom left corner, and then go to 'Administration' and click 'Software Manager.'

Tip: Run sudo apt-get update on the command line to update the repository before you open the Software Manager on your Linux Mint device. 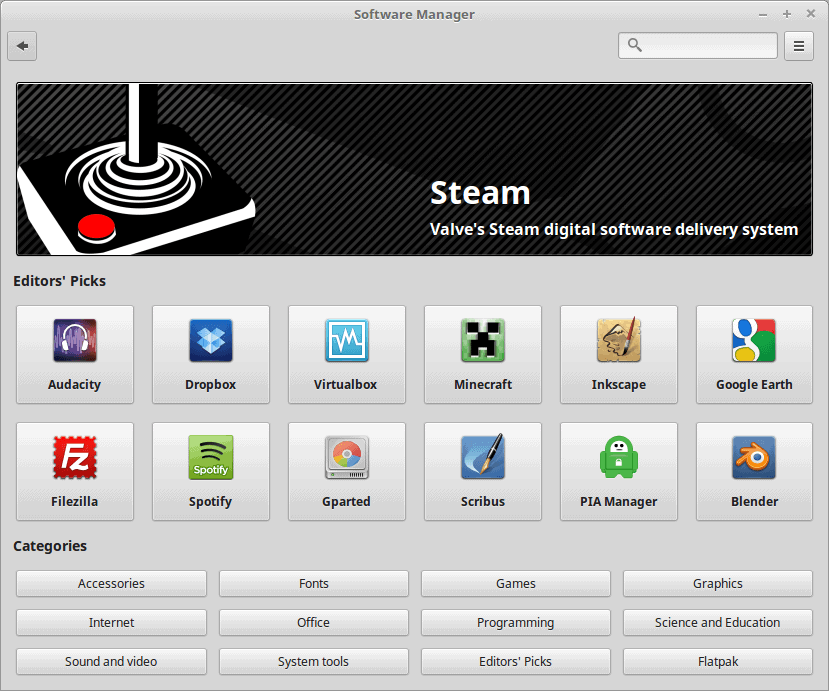 This Software manager is the graphical tool for installing third party software such as Spotify, PlayOnLinux, Steam, or Chromium. It's also used for searching for individual packages, such as dependencies for other applications; however, some people prefer using Synaptic Package Manager for that, leaving the Software Manager for menial searches like basic software.

That said, either program will work as they both search the same repositories, it's just a matter of UI preference (as far as new users should be concerned. The more advanced features of Synaptic are of no importance to most casual users.)

Using the Software Manager is relatively straight-forward, simply pick a category and then scroll, or search at the top. Any software currently available in the repositories will show up in the Software Manager, as well as any PPA's you may have added to your repository list as well (perhaps from other tutorials.)

Note that you require an Internet connection to use the Software Manager.

The beautiful part about using a GNU/Linux system, is that the vast majority of software you'll ever use, is available just a few clicks away, rather than having to download from websites, install, delete the installer file, etc.

Tip: You can head over to the Linux Mint Community website to search and browse software.

Now you: As a new Linux Mint user, how do you find you like the Software Manager, and installing software through it?

Previous Post: « Ubuntu wants to collect more diagnostic data
Next Post: Back to basics Part 2 – Managing Users on a Debian base system »