Our overview offers detailed information on new features, improvements and changes in Firefox 58.0.

Note: The user profiles created with Firefox 58 are not compatible with earlier versions of the Firefox web browser. If you want to retain the option to downgrade Firefox to a previous version, create a new profile for that version. 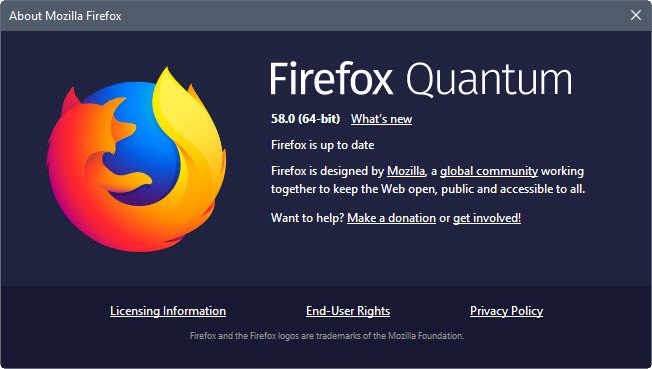 Mozilla plans to release Firefox 58.0 to the release channel on January 23, 2018. Firefox users can run manual checks for updates on the day to install the new Firefox release automatically in the browser.

Select Menu > Help > About Firefox to run a manual check for Firefox updates.

Mozilla engineers made several performance enhancing improvements to Firefox 58. Off-Main-Thread Painting moves rasterization to its own thread to improve the page rendering performance.

I reviewed Off-Main-Thread painting in Firefox in December when it was revealed in Firefox Nightly. Mozilla noted back then that the feature improved FPS benchmarks by up to 30% in Firefox 58 when compared to Firefox 57. 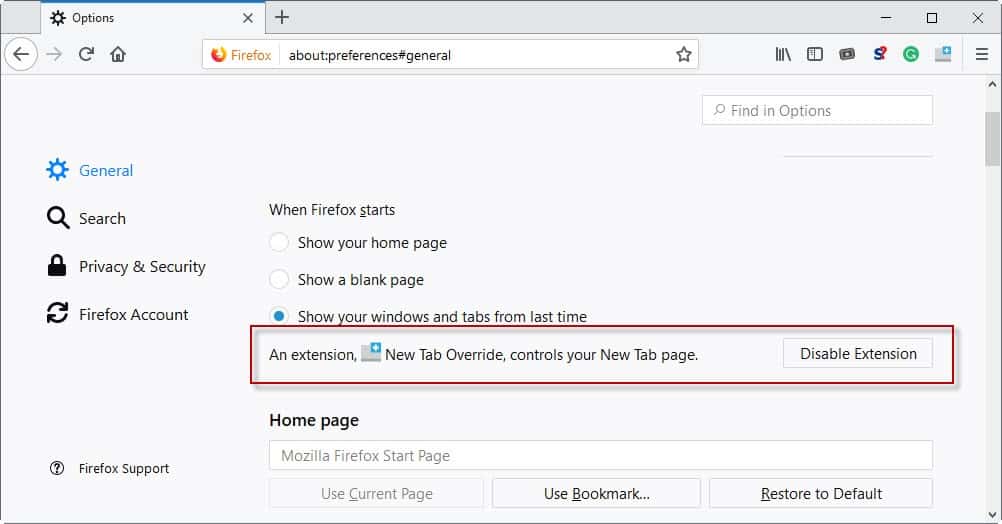 WebExtension capabilities improve with every new release. Mozilla wants to make sure that Firefox users are aware of some of the changes that extensions made in the browser.

That's why Firefox highlights when extensions changed the Tab page, Homepage or default Search engine in the Preferences.

If an extension changed one of the default or user set values, it is highlighted by Firefox. Even better, the name of the extension is listed so that you know right away which extension is responsible, and there is a "disable extension" button to disable it right away from the preferences page you are on.

Development of the WebExtensions-based add-on system is an ongoing process. A first initial set of APIs launched in Firefox 57 but work on improving those APIs and adding new APIs continued.

Reader Mode, a feature of Firefox that converts articles on the Web into a format that improves readability, is now available via an API.

Firefox 58 features other improvements, including improvements to the webRequest API and a new option for extensions to change the default saerch engine. Mozilla added a prompt to prevent extensions from changing the search engine silently in the background. 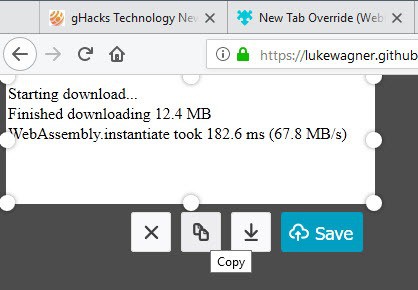 One of the main new features of Firefox 58 for Android is support for runtime permission request prompts. Extensions that you install in Firefox on Android display permission requirements during installation.

If an installation requires additional permissions during runtime, a prompt is displayed to the user to accept or deny these permissions.

Fixes are announced after the release of Firefox. We update the article once Mozilla publishes them.

If you use Firefox EST 52.6, check out the list of fixed security issues here.

Martin Brinkmann is a journalist from Germany who founded Ghacks Technology News Back in 2005. He is passionate about all things tech and knows the Internet and computers like the back of his hand. You can follow Martin on Facebook or Twitter
View all posts by Martin Brinkmann →
Previous Post: « Firefox 59: security info and address bar suggestion changes
Next Post: Firefox's Pocket integration may show sponsored stories soon »