We have moved the site Ghacks to a new hosting company, Kinsta, yesterday, and also switched to a new CDN provider KeyCDN in the process.

I talked about the need to move the site to a new server a couple of days ago. I was quite apprehensive about the move, as things go wrong usually when you move Gigabytes of data, databases, and configuration files to a new environment.

It was necessary to move the site however, as the old server got slower over time, and was easily taken off the Internet by sending thousands of requests to it in a short period of time. You may have experienced slow load times or the site not being accessible at all yourself in the past weeks on the site.

The time it took support to reply to support requests increased ever since the company was acquired by Liquid Web, it took sometimes hours before I received a first reply. Not good if the site is not on at all at the time, or slow like a snail. 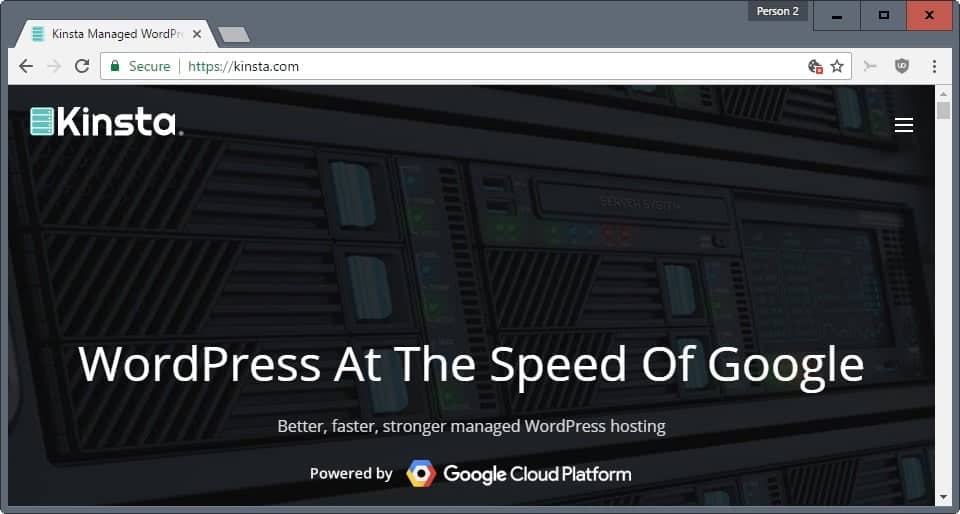 The move to Kinsta worked out really well. It was the first time that I did not have to move the site's files and databases myself.

Kinsta offers managed WordPress hosting, and one feature of this is that they move your site from the old server to the new. They handle the move, and make sure the site runs fine on their infrastructure. Then they let you know about it, so that you can test everything as well.

It took less than two hours to move the site to Kinsta, and switch over the DNS server to the new server IP, and that time included me running tests to make sure the site was working fine in the new environment.

Kinsta support is very knowledgeable about WordPress, and the time it takes to get a reply is Flash-like fast.

The service uses Google's Cloud Platform, and Ghacks was switched over to more efficient technologies such as PHP7 and Nginx in the process as well.

I then decided to switch to KeyCDN, a content distribution network as well in the process. One core reason for doing so was that they offered features that MaxCDN either did not offer in the plan I was on, or charged extra for.

The cost per Gigabyte is about half at KeyCDN, and the service supports free SSL certificates, great performance, and offers CDN locations in Asia on top of that (extra charge on Max CDN).

The move should speed up the site significantly. Not only is it running on powerful infrastructure that should not break a sweat if hits increase to the site, it is also powered by a better CDN with distribution locations in Asia. If you connect to Ghacks from Asia, you should see immediate benefits because of this.

Please give it a try yourself, and let me know how the new site feels for you. It is faster than before, more responsive?

Also, if you notice anything that is not working correctly, let me know about it and I will get on it asap.