We have reviewed EditBone back in 2013 and found it to be an excellent editor especially for programmers due to its support for over 50 different programming and scripting languages.

Support for languages such as C++, Java, HTML or CSS comes in form of styles that the editor applies automatically to the code to improve readability.

Text Editor Pro is EditBone at its core. If you have used the text editor before you will won't have any difficulties using the new version. 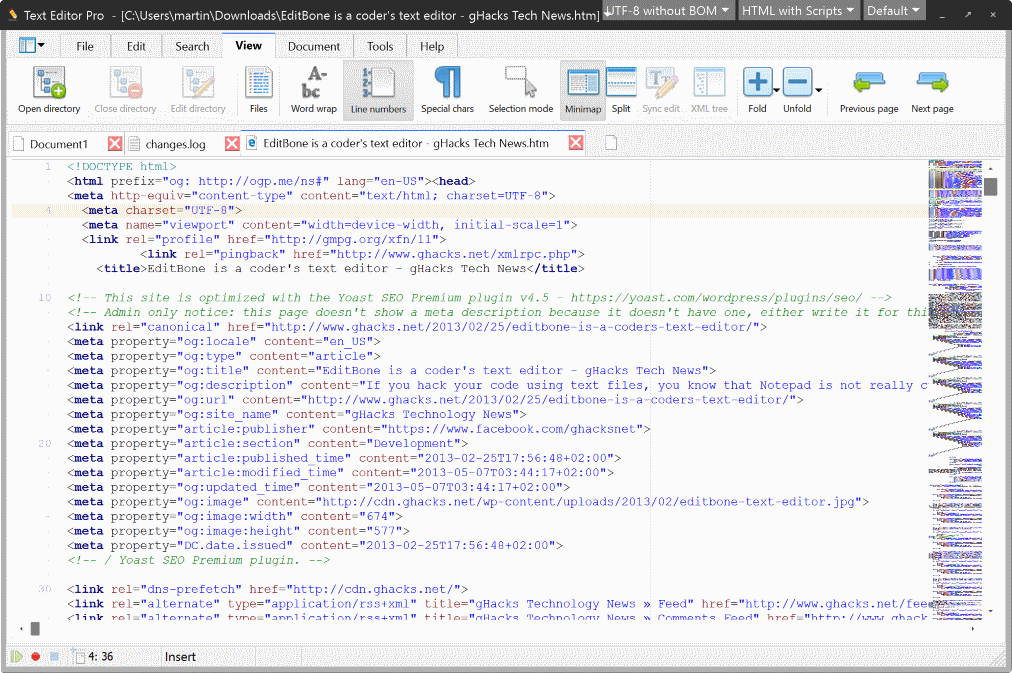 The interface itself has not changed all that much. You get a tabbed driven interface with a ribbon UI at its core. You may load multiple documents into the text editor, and add or hide various interface elements.

You will notice that recognized file types are formatted automatically. If you load a HTML file for instance, you will get styled tags, values, and other information for better accessibility of the code.

Another interesting option that you have is to load a directory. This is useful for code projects for instance, but also if you store your documents in a central location on the system.

A file browser is displayed on the left side of the interface that you may use then to open documents or files quickly in the editor.

Most changes that landed into Text Editor Pro are fixes; only a couple add  or change functionality instead. A progress bar was added for instance when the editor reads outputs on start, and an option to expand or collapse all output is available now as well. 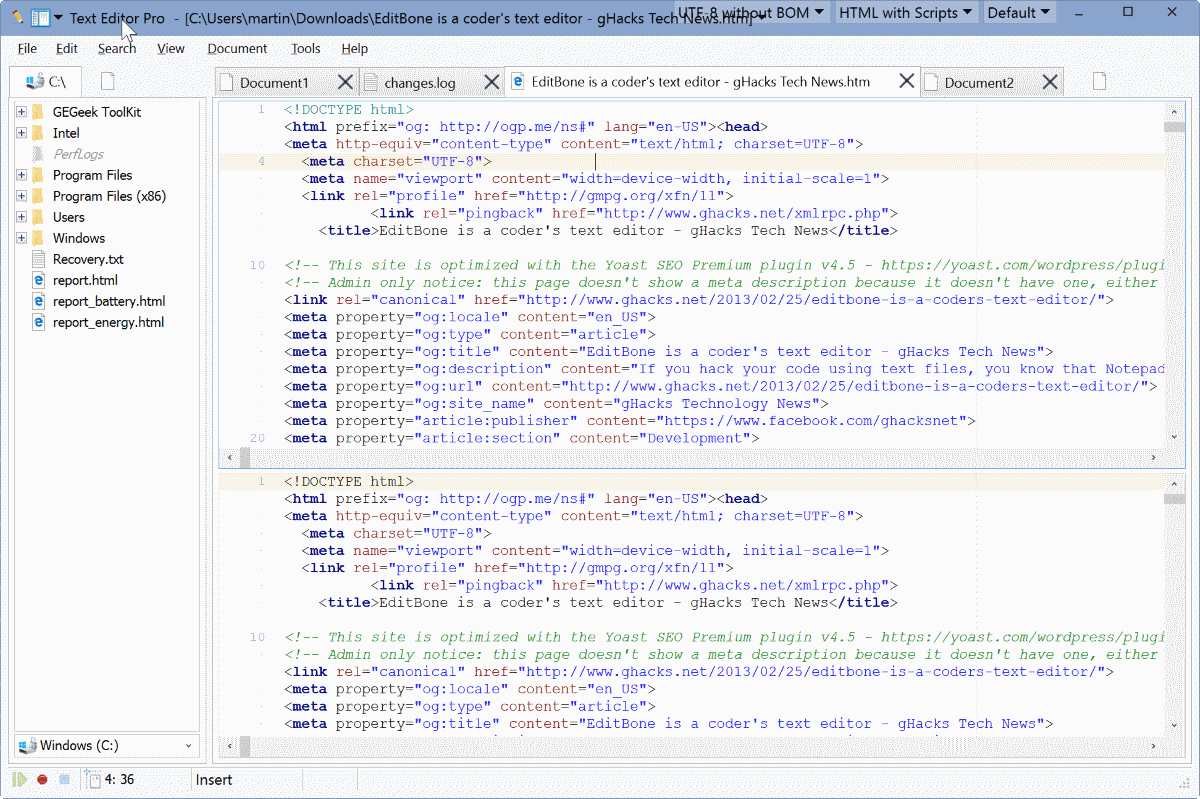 The editor changed considerably when compared to the version that I reviewed back in 2013. The ribbon UI is new for instance,  but you can turn if off and return to the classic menu structure of the editor if you prefer to use it instead.

The developer added more customization options and features to the application in the past couple of years. Useful tools that you may use of now include a unicode character map, a numerical unit converter tool, or a SQL formatting tool. You may also download skins for the editor from the developer website.

The program itself is offered as a 32-bit and 64-bit installer or portable version for the Microsoft Windows operating system. Downloads for the SQL formatter are provided on the project website as well.

Text Editor Pro is a powerful text editor for Windows. The name change has not changed the program's functionality at all, and if you have used it previously, there is no reason to avoid the upgrade to the new version.

Now You: which plain text editor do you use.