by Martin Brinkmann on January 05, 2017 in Google Android - 2 comments

The three extra permissions that the player requests during installation are all explained on the Google Play website by its developer.

The player itself opens up with a whole array of on-screen tips that explain its functionality.  While this may be useful to inexperienced users, it is certainly overkill for users who have used a music player app before on their Android device.

Tips are displayed on the start screen, but also whenever you open core features of the player for the first time. 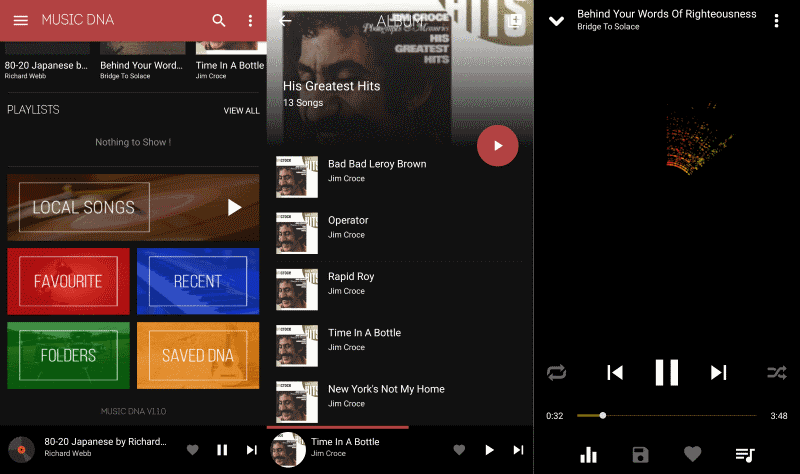 MusicDNA's start screen lists recently played songs and playlists, as well as options to play local songs in a variety of ways.

You can open the local songs browser from there, play folders, or open the favorites or list of recent items. It is here that you come into contact with the player's name giving DNA functionality.

Basically, what it does is compute DNA for each song or audio track you play in the application. The visual side of the computation is shown when you play music in the player.

Apart from playing local songs, you may use the player to play streams from SoundCloud. Simply tap on the search icon, type the name of an artist, song or band, and wait for the results to be populated. 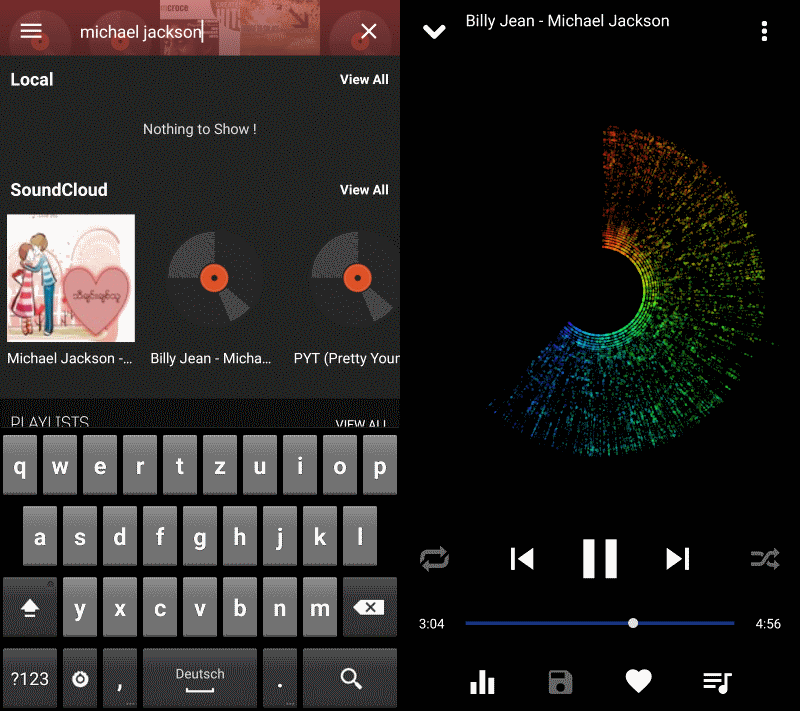 MusicDNA pulls data directly from SoundCloud; a tap on one of the results plays it directly on your device. You can enable a preference in the player's settings to allow streaming only when the device is connected to a WiFi network.

The music player ships with an equalizer that supports BassBoost and Reverb on top of that.

The majority of users who play music on their Android device may not care that much, or at all, about visualization of the music that is played. The integration of SoundCloud however is a nice feature, considering that you can play any song available on SoundCloud for free using the player.

MusicDNA is free, without ads, and the source code of the Android application is also available on GitHub.

Now You: Which music player do you use on Android?

Previous Post: « APKUpdater keeps your sideloaded Android apps up to date
Next Post: Google shuts down Chrome Sync for third-party browsers on Android »