What's in Store for Firefox in 2017? - gHacks Tech News
ghacks.net

The year 2017 will be an interesting one for the Firefox web browser, Mozilla, and users of the browser. 2017 will see new technology being integrated in Firefox, and also some removed.

The following guide lists those changes. It needs to be noted though that some may or may not happen. I mention that explicitly if that is the case so that you know that a change is not a done deal but something that could happen.

Links to resources such as Bugzilla or Mozilla Wiki are posted whenever they are available. I encourage you to add more links or information in the comment section below.

Electrolysis, or multi-process Firefox, became part of Firefox Stable in 2016. The process of enabling the feature to all users is still ongoing.

The feature improves the browser's stability and responsiveness, but will use more RAM.

Finally, strong sandboxing will come to Firefox once multi-process is available to all users. This moves Firefox closer to Chrome which offered sandboxing from the get-go. It is interesting to know that Firefox's sandbox will be based on different technologies on supported platforms. The Windows sandbox will be based on on the Chromium sandbox, the Mac OS X sandbox on TrustedBSD MAC Framework, and the Linux sandbox on seccomp. 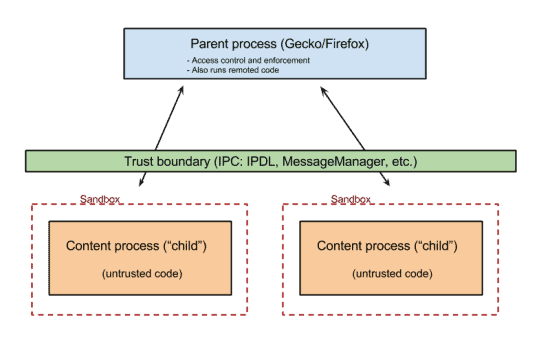 The Tor uplift project is another ongoing process that will provide benefits to users of Firefox (and Tor, which is based on Firefox).

Basically, what is happening is that some of the privacy-focused changes of Tor are integrated in Firefox directly. They won't be enabled by default, but Firefox users who know about them can do so to benefit from them.

A basic example is a feature called First Party Isolation which will be integrated in Firefox 52 and provides strong anti-tracking protection. Firefox users who want to enable it can do so by setting privacy.firstparty.isolate to true on about:config.

Mozilla announced recently that it plans to make Firefox rely on WebExtensions exclusively at the end of 2017. The final date is not set in stone yet though, and there is a chance that things will be delayed to 2018.

This has severe consequences for Firefox users who use one or more add-ons currently. All classic add-ons, won't work in Firefox anymore once the change is made.

This is big, bigger even than the switch to multi-process Firefox which also had its impact on add-ons.

The main issue right now is that WebExtensions APIs are nowhere near the level of what the browser's current add-on system provides.

This means that some add-ons cannot be ported to WebExtensions right now. Mozilla plans to add more APIs as time passes by, but the deadline is looming over the heads of add-on authors.

Ultimately, it is fair to say that WebExtensions will never be as powerful as Firefox's current add-on system. This in turn will mean that some add-ons won't be ported over to WebExtensions, at least not in their current form.

Mozilla is also working on a new theming API. It will be more powerful than what light themes offer currently, but it too won't be as powerful as Firefox's current theming options. 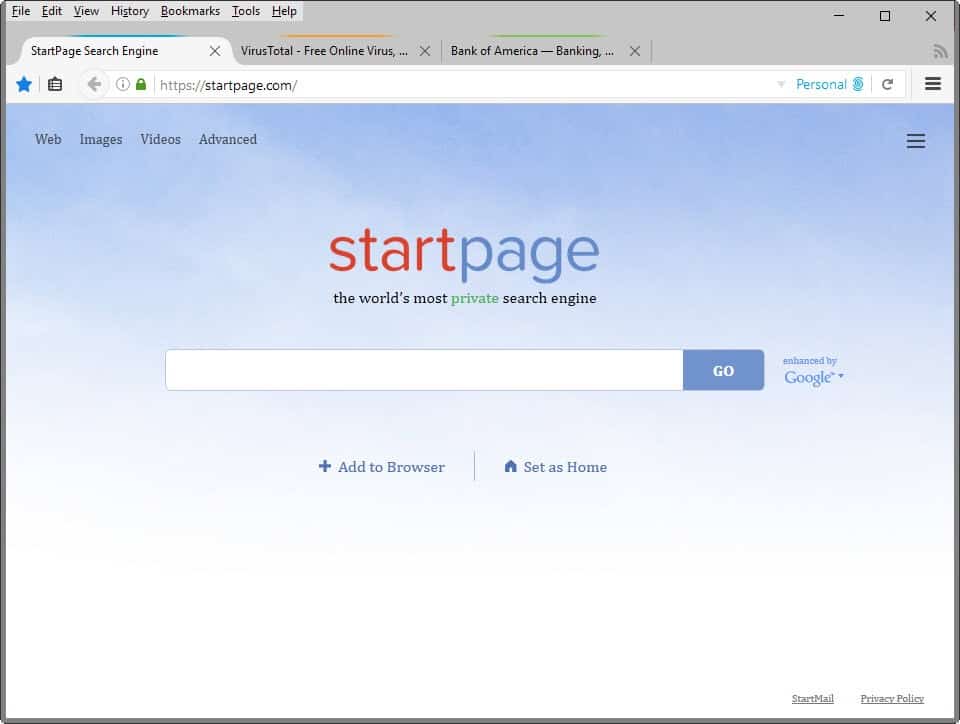 Now that we have covered the two major areas, lets take a look at some other areas. Mozilla plans to rewrite the browser's DevTools using HTML, CSS and JavaScript. It may host the DevTools on GitHub as individual add-ons. This would allow for faster updates and would entice non-Mozilla contributors to improve the developer tools further.

Container Tabs may become a thing in Firefox. They are tested in Nightly currently, but it is not clear yet if they are uplifted to Firefox Stable.

Containers have their own browser storage that is separated from others. This is beneficial to privacy, but also to have different identities open on the same site -- think Gmail and two different mail accounts.

The main difference to Firefox profiles is that container tabs work under the same profile. With that said, it is probably more of a niche feature though unless Mozilla gets the integration -- and automation -- right.

Automation could help a lot. You could configure a tab for exclusive use for online banking, and another for shopping for instance. This would separate these activities from general browsing activities.

Mozilla might drop the Aurora release channel in 2017. This is not a done deal, and it may never happen. If the organization does it, it would bring new features more quickly from Nightly to Firefox Stable.

It is unclear what would happen to the Developer Edition of Firefox. One option would be to make it the same as Firefox Stable.

Mozilla may introduce memberships in 2017. This would improve funding by making the organization less dependent on search engine money. Subscribers would gain benefits, but nothing has been mentioned so far in this regard. (thanks Callahad @ Reddit)

Article Name
What's in Store for Firefox in 2017?
Description
The year 2017 will be an interesting one for the Firefox web browser as features like multi-process Firefox, Quantum and strong sandboxing will launch.
Author
Martin Brinkmann
Publisher
Ghacks Technology News
Logo