by Martin Brinkmann on September 24, 2016 in Google Android - 2 comments

Google Authenticator is Google's official 2-factor authentication application that users may use for Google accounts but also for third-party accounts that support the technology.

It works similarly to comparable apps such as Authy or Microsoft Authenticator.

The application relied on a third-party barcode scanner up until now on Android devices to scan barcodes during the account setup phase in the Google Authenticator application.

Good news is that the latest version of Google Authenticator -- version 4.74 -- does away with that requirement.

So, instead of launching a third-party application like the Barcode Scanner app by ZXing Team, it is now opening the scanner directly in the app.

Less reliance on third-party applications is always good, especially when it comes to security applications. It is also faster and less prone to issues caused by launching a third-party barcode scanner when adding accounts to the application. 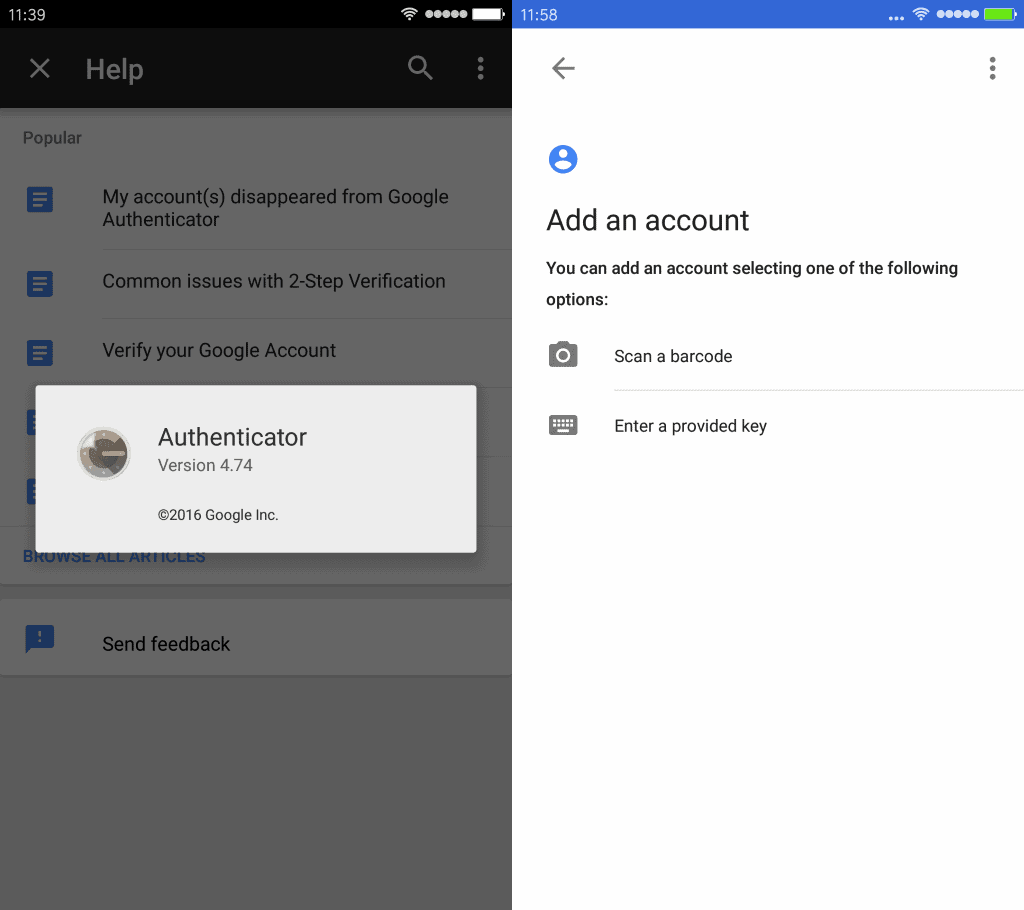 The new version of Google Authenticator ships with other improvements as well. The app ships with a dark mode option that you can enable with a tap on menu and selecting Dark Mark. This switches to a darker layout which you may prefer at times or all the time.

While it does so gradually and over time, it is something that you will see continued for the foreseeable future (until a new design philosophy takes its place).

Another change is the new floating action button that is useful when you are adding new accounts or code generators to the list. While you can still go about it the old fashioned way, by going through a number of taps on various menu items to do so, it adds a new way that is more effective than the old,

It is a small change considering that you won't be adding new accounts constantly to the app -- or at all after adding accounts the first time.

As is the case with all Google releases, Google Authenticator 4.74 is being rolled out over time to all users. This means that you may have to wait weeks or even months before the update hits your device.

If you don't want to wait this long, check out the file on APK Mirror to install it right now on your device. (via Android Police)

Now You: Which authenticator app are you using, if any?