Microsoft published a Windows Store update yesterday for Windows 10 that brings along with it a design refresh and the much requested option to remove applications from the library.

My Library is a collection of all apps and games that you have installed from Windows Store on devices you own.

The main idea behind the feature is to provide users with easy options to install apps or games anew on the same device, or to install them on other devices without having to find them again in store.

While that is great in theory, the use of the library is diminished by the inability to remove apps or games from it.

All apps, even those that you just installed to test them, are listed there and up until now, you had no option to remove them from the page.

This led to listings that were difficult to manage and depending on the number of apps or games installed, difficult to navigate or even open.

The recent Windows Store update, which is currently only available on devices running Insider Builds of Windows 10, is part of the Anniversary Update which Microsoft will release in July 2016 for the operating system. 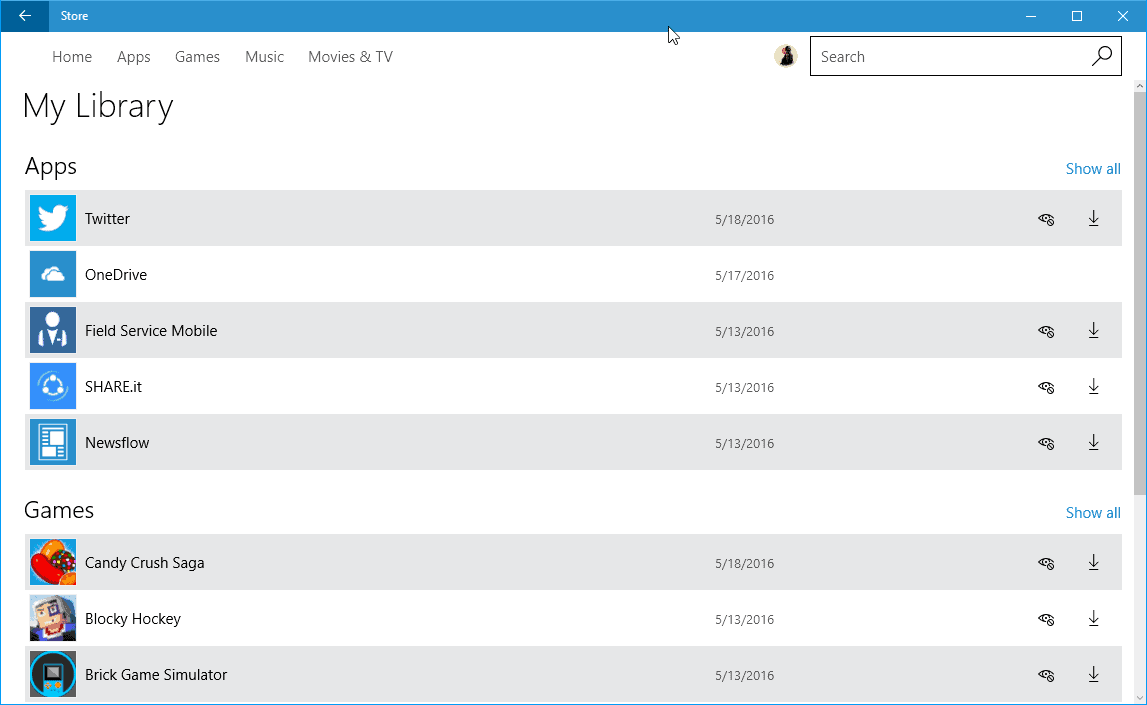 The library interface itself has not changed all that much. You can still open it with a click on the profile icon in the Windows Store application.

My Library lists five apps and games installed on the device recently, and an option to display them all when you open the feature.

The new hide apps option is listed next to all applications that are not system apps, Edge extensions and some other apps that I cannot put my finger on why they cannot be hidden. Simply click on the icon to hide the application or game from the library.

Apps are hidden directly when you click on the hide apps icon and the process itself is fast and convenient because of that.

You can display all applications or games that you have hidden by opening the full apps or games listing in Windows Store and selecting the show hidden apps link at the top of it. 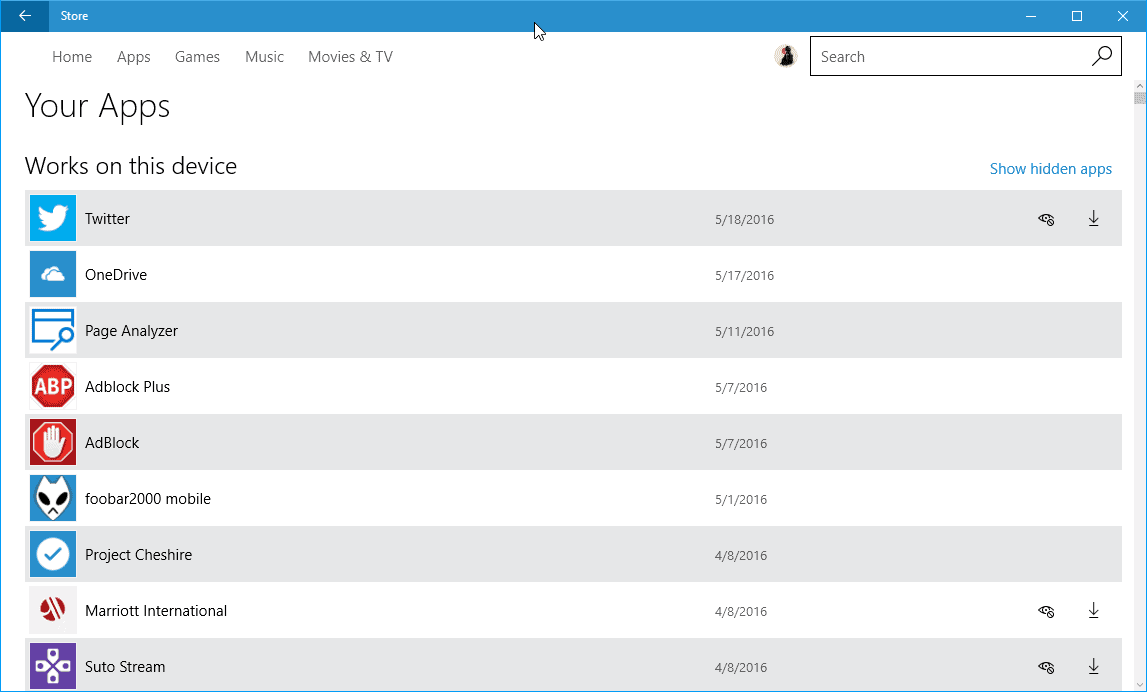 This does not open a special page that only displays hidden apps though as apps will simply become visible again so that they are displayed in the full apps listing again.

This makes it quite difficult to locate a hidden application to unhide it. Microsoft will hopefully improve the process before it is launched in July to all users of the operating system.

Hiding apps is a step in the right direction as it provides you with functionality to improve the manageability of the apps and games listing of the Windows Store library.

I wish Microsoft would add an option to remove an application completely from an account though as it makes little sense to hide apps or games if you are certain you will never use them again on your devices.

Additionally, Microsoft should consider adding a separate page for hidden apps and games instead of just displaying them again in the interface as it would improve the handling significantly as well.

Last but not least, the company needs to fix the issue that you cannot hide some apps and all extensions before the update becomes available globally.