Microsoft continues its work on Windows 10 and has just released a new build to the Fast Ring channel.

The company has changed how operating system updates are created and deployed significantly with the release of Windows 10.

Instead of releasing big Service Pack or Feature updates, it is pushing out smaller updates to select channels.

Windows 10 Build 10547 is available on the Fast Ring currently. Users can check for the update in the following way: 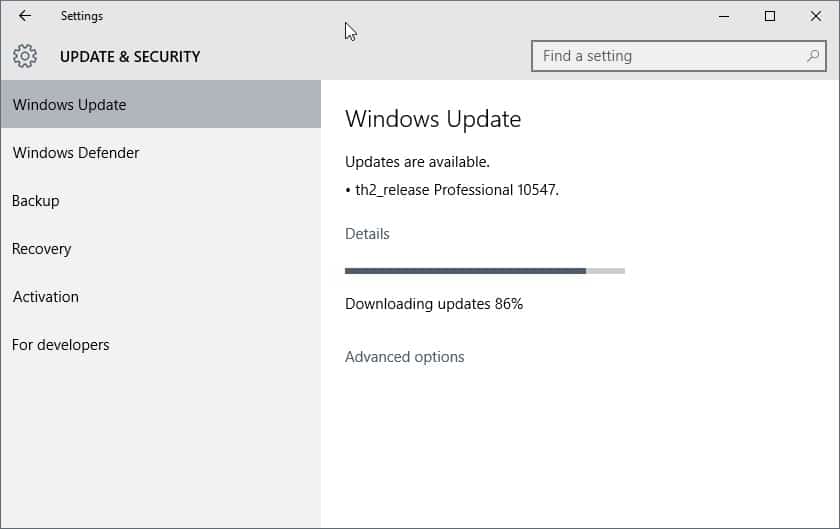 Microsoft revealed some of the changes in a new blog post on the official Blogging Windows blog.

If you have been affected by the 512 item limit of the Start Menu, you will be glad to hear that Microsoft has fixed the issue in the new build. The company increased the limit to 2048 which may not be as future proof as the company would hope it to be. It remains to be seen if heavy use systems won't exceed the 2048 count as well eventually.

The option is available in the Settings under Personalization. To get there do the following: 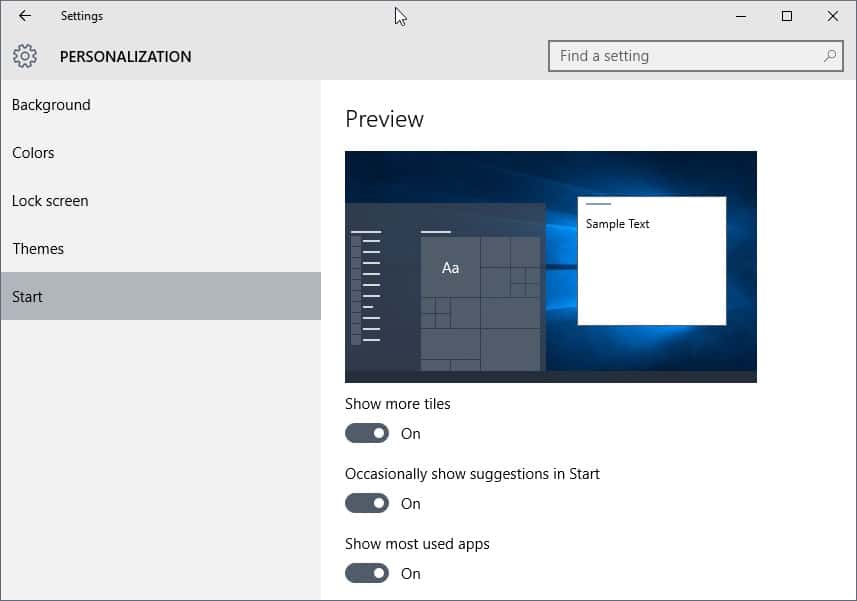 Search, which is quite buggy on Windows 10, has seen improvements as well. According to Microsoft, "search should work more consistently now when interacting with Start".

If you use Windows apps you may notice that several of them have been updated in the build. This includes Photos, Groove, Mail, Calendar and Maps but since Microsoft does not mention specifics, it is unclear what those changes are.

Local account users may use Cortana now as Microsoft has enabled the digital assistant for local accounts (next to Microsoft accounts) in this build.

Some audio issues that users experienced were fixed, as were issues with the notification icon that would light up sometimes when there were no notifications. I suggest you check out the blog post for a full list of changes.

The improvements fall in line with my observation that Windows 10 still needs work before it becomes a suitable replacement for existing versions of Windows. While it depends largely on how you are using the operating system, it is clear that it has bugs that Microsoft needs to address quickly to avoid losing momentum.

Previous Post: « These are the things Microsoft needs to improve in Windows 10
Next Post: Microsoft restores Personalization menu in Windows 10's Control Panel »