A conglomerate of streaming media providers, web browser makers and hardware manufacturers have partnered up to create next generation royalty free video formats.

The member list reads like the Who is Who in the streaming world as Amazon and Netflix, Cisco and Intel, and Microsoft, Mozilla and Google have joined the alliance to further that goal.

The idea behind the alliance is to join forces, use knowledge gained in previous attempts to create future video formats, to create a universal standard that is open and royalty-free.

Several companies that are now part of the alliance have been working on their own video format. Mozilla worked on Daala since 2013 for instance, Google on VP10, the next iteration of the company's video coding format, and Cisco announced Thor just last month.

Technology and ideas that went into the creation of any of those formats may find their way into the new video format that the members of the alliance attempt to create.

While the alliance has yet to release technical information, it has published a document that outlines the initial focus of the project.

According to the information, it wants the format to be interoperable and open, scalable to any device and bandwidth, optimized for the web, optimized for hardware with a low computational footprint, capable of highest-quality real-time video delivery, and suitable for commercial and non-commercial content.

While not mentioned explicitly, the last feature indicates that it will support content encryption, one of the main requirements for commercial streaming companies such as Netflix or Amazon.

The distribution of legal legwork, reviewing patents for instance, was one core reason for Mozilla to join the alliance.

The code will be released under an Apache 2.0 license, the alliance operate under W3C patent rules. What this means is basically that alliance members are waiving royalties for the codec implementation and any patents on the codec itself. 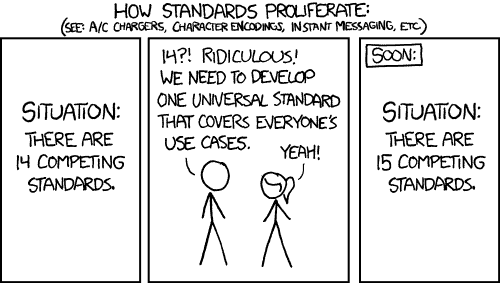 Martin Brinkmann is a journalist from Germany who founded Ghacks Technology News Back in 2005. He is passionate about all things tech and knows the Internet and computers like the back of his hand. You can follow Martin on Facebook or Twitter
View all posts by Martin Brinkmann →
Previous Post: « Spotify tries to clarify its new terms without scaring away customers
Next Post: KMPlayer 4.0 ships with minor improvements »