Steam introduces Limited User Accounts: what you need to know

It is easy enough to create a Steam account. Just visit the official website to create an account, verify your email address and you are in. What's left then is to download the Steam client for your system and sign in using it.

Since money is involved on Steam, for instance in form of Steam Wallets but also virtual currency in form of in-game items, phishing and account hacking is quite common as well.

Since there is no real verification of accounts initially, other than confirming an email address, malicious users were not really restricted when it came to the creation of accounts, sending out friend requests and to carry out attacks.

This changes, hopes Valve Software, with the introduction of Limited User Accounts on Steam. All new accounts on Steam are limited by default until certain requirements are met. 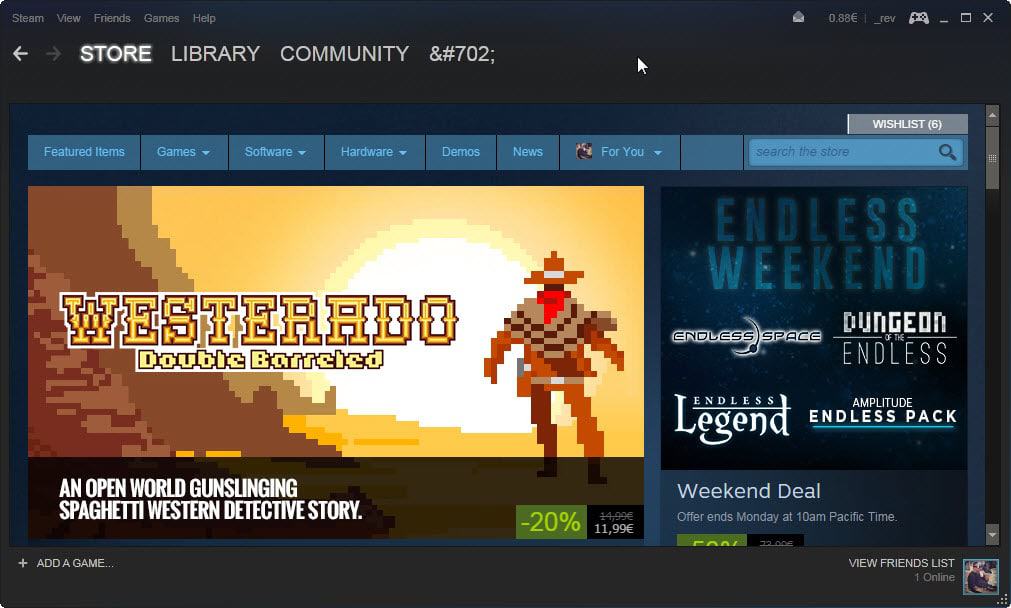 To unlock the full potential on Steam and all features provided by the service, new users need to make one or multiple purchases that exceed $5.00 USD within the Steam Store.

This includes adding those funds to the Steam Wallet, adding a Steam Wallet card to the account, making purchases that are equal to $5 USD or exceed the amount, or purchasing Steam Gift cards.

The following limitations apply to all limited user accounts on Steam:

The limitation prevents users from contacting other Steam users and posting to the discussion forums.

Since it is not possible to use the Steam Market, only direct purchases in the Steam Store count towards the $5 USD threshold.

The core idea behind the limitations is to prevent the quick generation of lots of fake accounts on Steam for use in phishing attacks and other malicious activities on the network.

Certain activities won't remove account limitations on Steam. For instance, activating a retail game, regardless of the price you paid for it, won't.

Refunds or disputes that reduce the money spend on Steam below $5 have the consequence that accounts in question will be limited once again.

It is unclear right now how effective the new account limitation feature will be. It should be clear that the new feature won't eliminate spam and malicious users on Steam from one day to the other but it is likely that it will have a positive effect on that number.

It is likely that it will reduce the number of spammers significantly. For malicious users on the other hand, it is a matter of calculation. Do they earn more than $5 on average per Steam account they create? If the answer is yes, it might not impact malicious activities on Steam by much, if at all.

It is near certain however that link spam and other mass-spam on Steam will see a reduction after the new protective measures go live.