Detect and Remove EpicScale from your Windows PC

EpicScale is a Bitcoin mining application for Windows. It can be installed as a separate application but comes bundled with programs as third-party offers as well.

The program has come to some fame recently as it was bundled with the popular BitTorrent application uTorrent on Windows.

Things started to get heated after several uTorrent users reported that EpicScale was installed silently on their systems which uTorrent officials disputed later on. 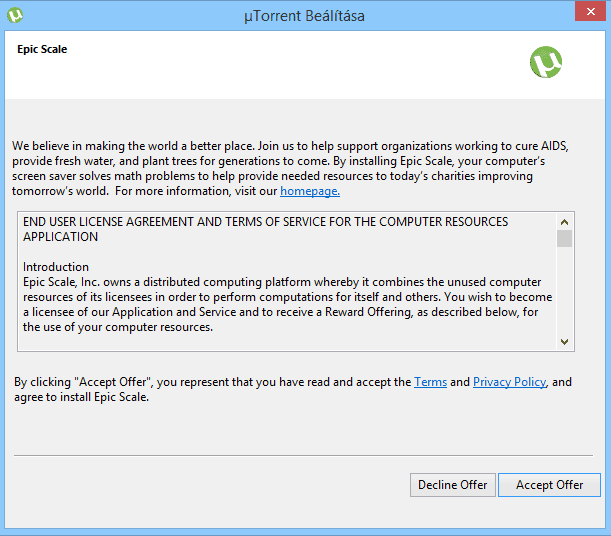 According to EpicScale, it is using a computer's idle time to run distributed computing tasks such as cryptocurrency mining.

As a user, you may notice performance issues while the software is running in the background and may see an increase in your electricity bill at the end of the month because of the increased activity.

Find out if EpicScale is running on your PC 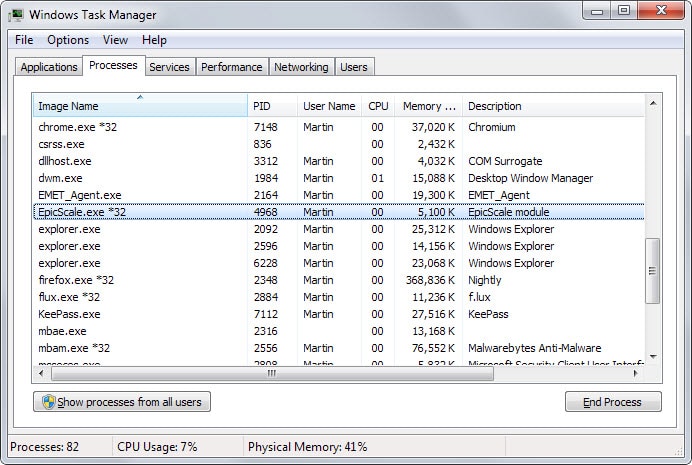 The easiest way to check if EpicScale is running on your computer is to use Ctrl-Shift-Esc to open the Windows Task Manager and look for it there.

If you see the process there, it means that the software landed on your PC somehow.

While you could start the removal process using Windows' program removal control panel applet, it is a bad decision because of several reasons.

While you could use Epic Scale's own program uninstaller, it is likely that you'd prefer to use a third-party tool for the removal instead as you may not trust the company to do a particularly good job at removing the program from your system.

It is therefore suggested to remove the software manually instead as it gives you full control over the removal process. 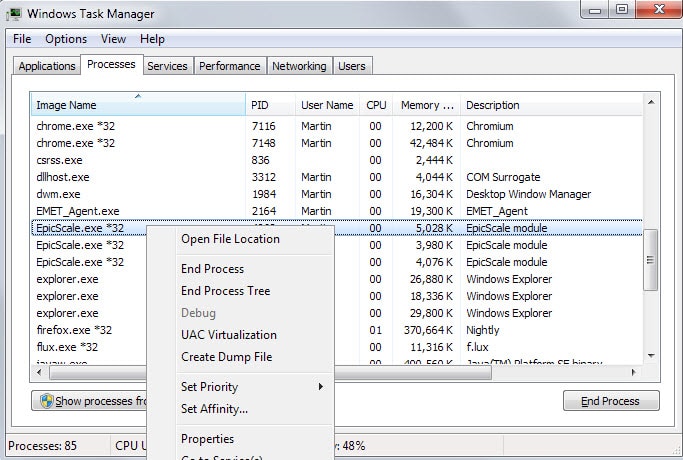 First thing you want to do is stop the process running in the background. To do so open the Task Manager once again (using Ctrl-Shift-Esc).

Right-click on any EpicScale.exe process in the Task Manager and select End Process from the context menu that opens up.

Confirm that you really want to end the process when the prompt is displayed. 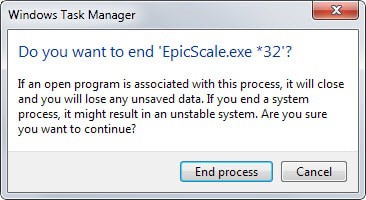 The EpicScale software is designed to start with the operating system. You need to remove the startup entry of the program so that this does not happen anymore. 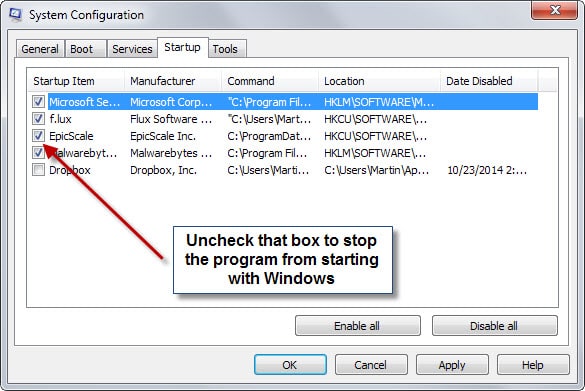 Now that we have taken care of the process and startup item, it is time to delete the program folder as well.

Last but not least, it is necessary to remove the software's Registry keys as well. 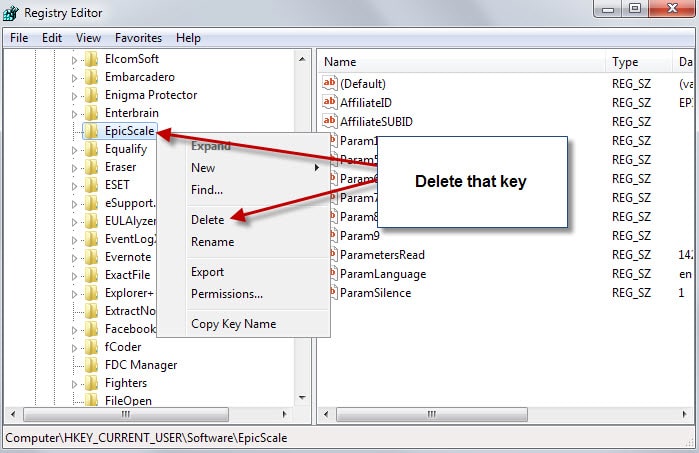 If you want to be thorough, select Edit > Find, type epicscale and search the Registry for leftovers. You find them in cache keys for example such as HKEY_CLASSES_ROOT\Local Settings\Software\Microsoft\Windows\Shell\MuiCache

It is probably a good idea to restart the PC after you have completed the operation.

Article Name
Detect and Remove EpicScale from your Windows PC
Description
Find out how to detect if EpicScale is running on your PC and how to remove it completely from it if it is.
Author
Martin Brinkmann
Publisher
Ghacks Technology News
Logo